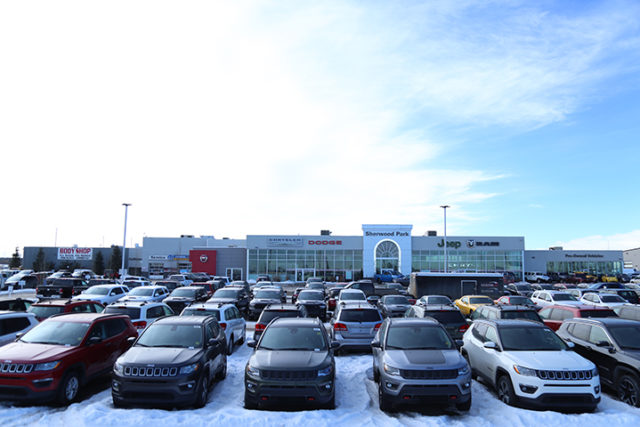 Scott Held, president and dealer principal at Sherwood Dodge, is easy to get along with, has a great work ethic and a sense of humor. He also managed to unwittingly open a dealership in the midst of a recession.

“Together with my business partner, Jim McManes, we founded the company in 2008,” Held reminisces. “I had approached Chrysler in May 2005 about opening a dealership in Sherwood Park. I got approval, and it took almost a year and a half to build the building. It was a long time between applying and opening the doors. We opened on March 3, 2008.”

“The United States’ economic crash happened less than a year after we opened,” Held grimaces. “Chrysler went bankrupt. It was a scary time. Chrysler stopped building cars and we actually ran out of new cars to sell.”

The situation would have crushed most new business owners, but Held is not most business owners. He had vision, so he held on and rode out the storm.

“Chrysler survived and went on to do well again,” he smiles, “and Sherwood Dodge survived that very challenging first year.”

The company quickly racked up win after win, including being the third in Canada after only two years for total Chrysler sales and the first in Canada for RAM truck sales – this against dealers that have been in business for over 40 years.

“We went from being an empty potato field, not that long ago, to having one of the top stores in the country!” Held says with pride.

How did they do it?

For Held, it all comes down to one thing. “My corporate culture is that we take care of our employees and our customers by being fair and doing business in a very transparent manner. We are accountable.”

He continues, “What we offer is a commodity. There are 11 companies within the Greater Edmonton Area that sell Dodge/Chrysler. What makes us different is ultimately the staff and how they interact with the customers. My people take great care of our customers and stay in communication with them over the years. Due to this, a big percentage of our business is now repeat customers.”

Honesty and creativity play a role in the dealership’s success, too.

“At the start, I didn’t have the advertising budget of some of my competitors, so I took a different approach to radio and television ads. My goal was to be so honest that there would be shock value. One memorable ad campaign was ‘we are having a sale because June sucked.’ It was true. We had a terrible month that June. Many people came in and commented because of that ad.”

It may surprise you to know that, even now, Held still does all his own radio ads. Another surprising fact is that Sherwood Dodge is also becoming known as a specialty shop for classic cars. About a year and a half ago, the dealership branched out into the classic car market, specifically, Mopar® muscle cars.

“At any given time, we have a couple million dollars of inventory in muscle cars. We sold over 100 classic cars last year and have several repeat customers. It’s been fun for us to get into the classic car community,” says Held.

Complementing the classic cars and new Chrysler products is a high-tech body shop that is open for all vehicles, regardless of make or model, and regardless of if the vehicle was purchased at Sherwood Dodge. Held is proud that his service department is one of the biggest in the country.

As Held reflects on the company’s 10-year anniversary, he is pleased that nearly 30 of the employees that were with him at the grand opening are still working with him today.

“There is fairly high turnover in the car business,” he admits. “For us to have so many of the first staff here 10 years on is something that I’m very proud of. When we opened the doors, we had just 60 – a skeleton crew. In the boom days in 2014, we had 170. Currently we have 125. Most of the positions are full time and high-paying jobs. It is our pleasure to contribute to the economy and to the tax base of Alberta as best as we can.”

However, the drop-in numbers from 170 to 125 is not lost on Held, and he’s refreshingly honest – and candid – about it.

“Through 2012-2014, there was such a boom in Alberta. We set sales records. We were doing business at such a high level of volume that we got a little spoiled, and maybe even a little sloppy. When the end of 2015 came around, the bottom dropped out of our volume. The challenge for us now was to move forward. We have and continue to be in the process of operating in a much more competitive market, and we continue to learn how to excel in a market that doesn’t have the oil boom fat in it. We recognize that we need to work harder and smarter to get similar results.”

But that challenge is conquerable for a dealership that opened during a recession to go on to set sales and service records.

“I want to underline that we do business in a very transparent way,” stresses Held. “There is no ‘smoke and mirrors’. We respect people’s time. They are not looking forward to shopping for a car; they are looking forward to owning a car. We are respectful – but don’t take my word for it. Come in, meet my staff, and see if I’m telling the truth!”

Held humbly acknowledges that the dealership taught him a lot about what it takes to be an entrepreneur and lead a team.

“I’ve learned that my job is to be willing to do anything that needs to be done. On opening day, I mopped the floors for 14 hours because that’s what needed to be done. I want my staff to have the same attitude. I don’t need people saying, ‘that’s not my job.’

Sherwood Dodge is very active in the community.

“We are constantly approached for donations,” Held admits. “A few years ago, we set a $250,000 budget, and we have a committee of senior staff members to review each donation request. We can’t ‘water all the flowers,’ but we do what we can. Our preference is to give back locally to large and small organizations, and we prefer requests to be detailed and in writing. Currently, our biggest partnership is with the Kids With Cancer Society.”

As the story closes on the first exciting 10 years, Held can’t wait to see what the future has in store for him and his team.

“We sold approximately 32,000 vehicles in 10 years,” he smiles. “The success of Sherwood Dodge has allowed us to buy two other dealerships. In 2015, we bought St. Albert Dodge and Mercedes-Benz Edmonton West. I owe that to the growth and success of the mothership – Sherwood Dodge.”

“Going forward, I want a culture of constant improvement. We must always look at the experience we provide our staff and customers and look for sustainable ways to always improve across all departments.”

Held is very grateful to his business partner, Jim McManes, whom he calls, “a mentor and brilliant guy who always supported me and my goals. He’s been an invaluable source over the years.” Held also thanks and is very grateful for the present, past, and future staff of the dealership, along with the thousands of patrons, vendors, suppliers, and everyone that had a hand in making the first decade such a success.

An empty potato field once held a man that stood in the middle of it, closed his eyes, and envisioned the space as a thriving, award-wining dealership that bettered its staff, patrons, and the community at large. Then he opened his eyes and made it happen. Held greatly looks forward to everything the next 10 years has in store. 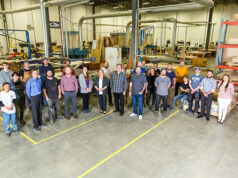 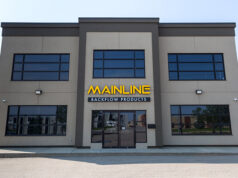 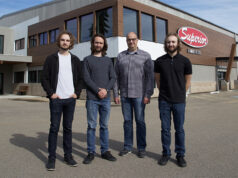