Founded in 2000, ONEC Group of Companies is the agile and innovative choice for engineering, procurement and construction (EPC) services in Western Canada and now in the Western United States. Its purpose is the continuous improvement of industrial facilities through maintenance and capital projects by delivering on projects that improve efficiencies, encourage expansion, reduce emissions and promote safety.
“When the company we were working for was purchased by a larger corporation, five of us eventually left to found ONEC,” explains Denis Wiart, CEO. “We liked being a mid-size company because smaller is naturally more agile. You can make your own impact in the market. This was our vision. We like to use words like nimble and agile when describing ourselves.”

Wiart is the only member left from the start-up phase of ONEC.

“The rest retired or moved on. Over the years we’ve added excellent new partners,” he adds, nodding to the group around the table.

The agility of the company enabled it to move confidently into services most needed in the industry.

Blake explains, “In 2004 we added our construction services to our core engineering services. That really changed the direction of the company.”

Wiart nods, “When we started we were engineers engaged in managing construction, but we weren’t doing the fabrication or installations, so we added mechanical construction as well. Then in 2008, we added scaffolding. In 2010, it was electrical.”

ONEC kept adding services to their roster, including insulation, survey and logistics – but services were not the only aspect of expansion. ONEC also increased its number of employees from 150 to 300 in one year and began growing geographically as well.
“We expanded into the United States in 2018 and have plans for an increased presence south of the border,” says Jones. It was also the year ONEC moved into the Kitimat, British Columbia market.

Wiart explains, “What spearheaded our growth over the last two years was our uniqueness in having all of these services under one roof. When we get a project, we can complete the entire thing. There are larger competitor firms that can’t do that. We are small, but we are diverse.”

Jones agrees, saying “ONEC has a certain magnetism when it comes to opportunities. It’s not just the services we provide, but also the fact that we are open to change and growth.”

One ongoing change in the industrial sphere is the move away from coal. Holley weighs in.

“When it comes to the shift in the industry from coal to gas, we’re helping clients make the transition and meet their emission targets while sustaining operations to keep running, but with better environmental impact. This also helps maintain local employment; instead of shutting things down, people get to keep their jobs.”

ONEC’s dedication to improving the EPC/EPCM space extends into education.

“Our success depends on people,” Kwok explains. “So, we get involved in the University of Alberta’s (U of A) career day, meeting the new work force and encouraging people to join us as co-op students or employees.”
He continues, “We also work closely with the U of A to set up open houses for engineering students where 15-20 students visit our office and talk with the team to understand what we do day to day. We give them some real insight into this career path.”

“We are a great place to work because we are open for business!” exclaims Wiart. “People bring their talents to ONEC and we help incubate a team around that talent. In the last year we’ve brought in entire teams such as insulation, logistics and surveying. This is why we’ve grown, bucking the trend in the province. We have an energy and openness that stakeholders like to see.”

Blake agrees, “We are always promoting talent and adding complimentary services. It’s being that one-stop-shop that has made ONEC successful. We offer all the services needed for a project instead of just contracting them out.”

A recent staff survey indicated that the team enjoys the people at the firm the most; while a client survey revealed that clients appreciate ONEC’s accountability. Clients and staff also welcome ONEC’s dedication to innovation and technology.

“Laser scanning is a function of the design aspect that has helped to grow ONEC,” notes Holley. “It takes a real-time 3D scan of existing structures that is input into a model. It’s a great tool for minimizing conflicts and reducing interferences on site. We started this in 2018. It’s been very popular on coal-to-gas projects and in midstream.”
Park adds, “We also have the ability to include this service for projects designed by other firms. On a recent one we did a virtual walkthrough with the contractor and were able to avert some interferences. The client was very happy to see this before construction happened, at which time the cost to address the issues would be much higher.”

ONEC is also involved in the evolution of sustainable technologies.

“We are supporting one of the biggest solar projects in Alberta with various services. ONEC had to adapt the technology to meet Alberta’s requirements. We have engineering, surveying, fabrication, and site installation work on the project,” says Wiart.

ONEC is focused on industry improvement and is also focused on the communities in which it operates. In addition to supporting charities such as Little Warriors, United Way’s Engineering Day of Caring, Waverly School, and more, one of its key strategies is Indigenous partnerships and engagement.

ONEC is proud to be recognized as one of Canada’s Best Managed Companies for the past few years, to be an EY Entrepreneur Of The Year provincial finalist in 2017 and to earn a spot on the Canada’s Fastest Growing Companies PROFIT 500 list in 2016.

With rapid growth continuing and a future full of possibilities, the management team at ONEC thank their past and present employees, clients, vendors, and families for the role they have played in the company’s success. ONEC looks forward to a full and promising future that sees continued expansion into the US and BC markets. 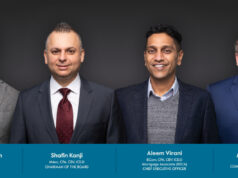 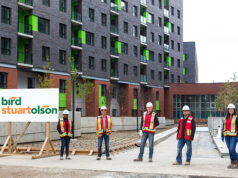