It’s the worst-kept secret – people who are employed by the government tend to make more money, and enjoy better benefits, than those who have similar jobs outside of government. It doesn’t matter if we’re talking about salaries, pension benefits, sick leave or job security, study after study shows government employees – on average – are doing much, much better.

So, the big question is: will someone ever tackle the problem and justifiably save taxpayers billions of dollars or will politicians just keep raising taxes?

Here in Alberta, Premier Rachel Notley has refused to tackle ballooning labour costs. Her party has always had a cosy relationship with powerful government employee unions so the situation isn’t too surprising.

While she claims to have frozen pay for teachers, nurses and other government employees, data obtained by the Canadian Taxpayers Federation shows thousands of those employees are still receiving pay increases because of the way the government negotiated the so-called “freezes.” Yes, our government is barrelling towards $96 billion in debt and Premier Notley is still agreeing to pay increases for employees. Given our province’s economic woes, a poorer managerial approach is hard to imagine.

There is hope, however, that Notley’s chief competitor, Opposition leader Jason Kenney, might tackle this problem if he is elected premier next year.

For starters, unlike some conservatives, Kenney proudly trumpets the accomplishments of former Alberta premier Ralph Klein.

While Klein’s debt repayment accomplishment in 2004 was perhaps his most epic and unique accomplishment in Canadian politics, he holds another important distinction. He is the only premier in the last 30 years of Canadian politics to actually require government employees to take a significant pay reduction. Back in the 1990s, while Klein was trying to get the province’s debt under control, he negotiated a five per cent pay reduction for government employees – one they agreed to without a strike.

That’s the type of leadership Alberta needs right now – someone who isn’t afraid to make tough choices to get our province’s growing debt problem under control.

And to be clear, making tough choices doesn’t mean health care and education will fall apart – as the government likes to claim. Next door in British Columbia, they’re providing health care, education and other government services for a fraction of the cost. If the Alberta government merely reduced its per capita spending levels down to what the B.C. government spends per person, we wouldn’t have a deficit right now.

At $27 billion, salaries and benefits make up roughly half of the provincial budget. Pruning this area of spending could be done through a number of different means including reducing salaries across the board – just like Klein did. Alternatively, the government could reduce salaries for current employees by a set amount, but require an even larger reduction for future employees. Thus, over time, the pay gap could be reduced immensely. The government could also scale back the number of sick days it offers to government employees and put new government employees in a less costly type of pension plan.

Would Kenney pursue such ideas? Try asking him. Perhaps remind him that this is the type of leadership we saw from Ralph.

Colin Craig is the Alberta director for the Canadian Taxpayers Federation.

The Alberta Pension Plan – Looking for Solutions to Satisfy all Parties 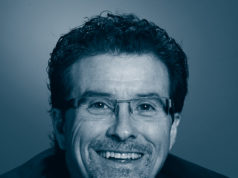 The Relationship Between Sleep and Success