Pemco was founded by Josef Lapes and Milan Fischgrund on February 1, 1990, with a small cash investment and a $200,000 line of credit from ATB Financial. With Milan’s experience in marketing and estimating and Josef’s experience in supervision and project management, they developed a great working relationship which bloomed into mutual respect and friendship. Josef’s ability to manage people along with his hard work and extreme attention to detail were key in starting to build a line of dedicated clients.

As the business partners had both immigrated from (former) Czechoslovakia, they were able to help new workers coming from Europe, which helped them develop the company while simultaneously helping immigrants get a fresh start in Canada.

In 2010 Josef purchased Milan’s shares. Milan carried on as a consultant to the company and a mentor for Kevin and Jeffrey, Josef’s sons, who were completing their post secondary education and learning the family business.

As Pemco celebrates its 30th anniversary this year, it is clear that the foundation of the company built by the partners and continued by Josef is a solid one. As per the succession plan Kevin, general manager, and Jeffrey, estimating and project manager, became joint owners, and the company continued to thrive.

“Construction is constant problem solving, but everyone knows Pemco can get the job done and that we stand behind the name and our quality,” says Kevin.

“We never take any job for granted,” adds Jeffrey.

The brothers are extremely grateful to the Pemco team, Milan’s mentorship, and continued customer loyalty following their position change to ownership in 2015.

“The company has grown from the five that Josef and Milan started with to 25 people today, including site and administration,” Kevin says, “and we value the relationships we have with our many subcontractors in the industry.”

Jeffrey points out, “We also value each job equally, from the projects that are small service work jobs, to the large and long-term projects with million-dollar budgets.”

Safety is an important value for Pemco. In addition to achieving COR certification, Pemco enjoys WCB discount rates due to outstanding performance and is on the green (approved) list with EPCOR. Safety meetings are consistent every two months and include all of the staff so ideas from each division can be heard.

As Kevin and Jeffrey have now completed their first five years as owners, they reflect on the journey so far.

“We needed knowledge, tenacity and courage to earn respect and take over after dad passed,” say the brothers.

“We were not scared to ask questions and to use the expertise of the people around us to gain knowledge. We still value deep learning, networking, growing, and above all, working very, very hard. The proof is in how clients from 1990 are still with us and the continued growth of the business. We are pleased that despite a slump in the economy, our construction division grew by 40 per cent.”

Just one of the many success stories from Pemco includes that of a former client that called because 24 years ago, Josef and Milan had built her office. After learning of the change in ownership, she didn’t hesitate to employ Kevin and Jeffrey to complete her office’s relocation. She didn’t even look for another construction firm. During the project she gifted the brothers a building manual their father had given her more than two decades ago.

Another example is seen in the relationship with CPA Western School of Business. Originally Pemco was awarded a project for CPA’s space on the south side. Ten years later the school called and asked them to bid (Pemco won) on another project. The school’s management had remembered, and had been impressed by, the company for a decade.

The roots and reputation of Pemco run deep. “Every project has a story,” smiles Kevin. “Let us write yours.”

The stories Pemco is telling through building and design are diverse and creative. From innovating ways to connect units in a microbrewery amidst challenges with international schematics to enhancing the customer experience at well-known places like ATB Financial and Wine and Beyond, from working with detailed plans to executing on a vision that is scrawled on a napkin, Pemco has done it all.

It’s not just the buildings in and around Edmonton that receive Pemco’s signature touch. The company builds relationships in the community too. Recently Kevin and Jeffrey started a scholarship in their father’s name at the Northern Alberta Institute of Technology’s (NAIT) carpentry program. Pemco also supports various charitable organizations across the city with donations of time, money, mentorship, and expertise. Kevin and Jeffrey have also enjoyed sharing their knowledge and experience over the last five years with young Centre High students who have shown interest in carpentry and the trades.

While being thanked by an ever-growing client list and being rehired by the clients that first worked with Josef and Milan is all the recognition Kevin and Jeffrey desire, they were thrilled, on behalf of the Pemco team, to be a runner up in their category for Venture’s Contractor of the Year Award (2015).

“We couldn’t do it without our team or each other,” the brothers are happy to admit. “For Pemco’s past, present and future we thank our dedicated staff and we value our many subcontractors, architects, designers, finance partners, consultants, and clients. We are especially grateful for the support of our families and for Milan’s mentorship.”

They plan for steady, controlled, healthy growth. They are also excited about new contracts with clients such as Qualico and Tim Hortons. For Kevin, Jeffrey, and the Pemco team, who have all dealt with many changes personally and professionally over 30 years, the future is just as exciting as the past. 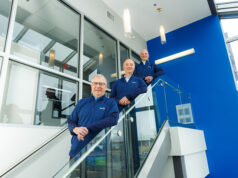 All Systems Go at Welco 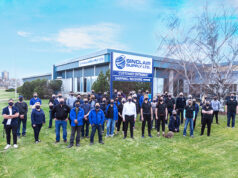 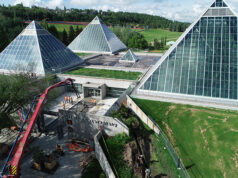