The RBK facility sits on the west side of Edmonton. The building is sprawling, housing an impressive office space and a state-of-the-art shop. Exquisite custom artwork adorns the lobby; oversized slabs of walnut and other features crafted by the cabinet makers on site. The man behind it all is Randy Kuzyk. Today, he runs the company from this beautiful 40,000 square foot location, but wind back the clock 36 years and it was a very different story.

“Having Kyle here was never the plan!” Randy laughs. “Both of my children had other aspirations. Kyle was going to be a dentist and Kristin was going into theatre design. Kyle was also interested in business and pursued a degree in that as well. After he graduated, he had a job lined up, but it fell through at the last minute. During those years, work was hard to find, so he wound up working at odds and ends.”

Randy continues, “I was in Europe when I got an email from Dale, our shop manager saying he had hired a new employee. I thought nothing of it as hiring for the shop was his prerogative. Then I got an email from my son saying he got a job, but I didn’t put the pieces together until I returned and saw my son here at work. I told the foreman this is not going to last. He’s going to go away and be a dentist.”

Life had other plans for the Kuzyks. Edmonton lost out on a possible dentist, but gained an expert millwork project manager, although Kyle freely admits, working for his father’s company wasn’t initially on his radar.

“I never really looked at it as a serious option. I wanted to do my own thing and go my own way. Then I started working here and realized how much I loved it. One thing led to another. Positions within the company opened up and I was able to take on roles that were more enticing to me, utilize the skills I learned through many years of post-secondary education and apply those skills to help the company become even better.”

Now Kyle is a partner at RBK Millwork, and Randy hopes his daughter, who works in administration in the company, will also continue on with the business. When the Kuzyks say “family business,” however, they don’t just mean their inner circle.

“We run our business like a family. Everyone is at the same level. We work together as a team. Nobody is above anybody else,” Randy notes. This is why their business cards do not have titles.

Kyle adds, “Everyone is extremely valued and very important to the success of the company. Everyone has to work together to make the company run efficiently.”

“Custom millwork is a unique expression of the owner,” says Kyle with pride. “Each piece is handcrafted or machine crafted, and it is usually the only one of its kind. It makes for an eye-catching statement. Even if it’s something simple like a small kitchenette or as grand as a major reception desk, it’s something that says a lot about the company or the person that bought it.”

“When we did the EIA project,” Randy adds, “it was our largest project at that time. We worked on it with PCL. It was a very high-profile, fast tracked job, and we all worked together as a team to complete the project within budget and on time.”

“Then there is the Grand Villa Casino downtown!” says Kyle. “That was another large, time constrained project, due to the opening of the arena. There was a lot of pressure on trades to perform well. We did a very large quantity of millwork and did not have much time allotted for installation. Thankfully we are blessed with an awesome group of employees, and were able to produce quality millwork efficiently, install it properly and get our project completed before the proposed deadline.”

Another major project for RBK was Beulah Alliance Church, where, in addition to some smaller projects on site, RBK revamped the large sanctuary. Working in conjunction with N53 Architecture and several other trades, RBK transformed the space into a modern contemporary marvel that people still rave about today.

With so many high-profile projects successfully completed, and with an impeccable reputation in the industry, it could be a time for the company to coast along and enjoy where their hard work has gotten them; but with Randy eyeing succession to his children and Kyle brimming with new ideas that will take the company into its next evolution, slowing down isn’t in RBK’s mandate.

“We have just purchased a few major pieces of new equipment that will arrive this year and be game changing for us in this industry,” Kyle can’t hide his excitement.

For father and son, RBK is more than a job.

“Seeing a project come together and seeing the finished result is extremely rewarding to me,” says Kyle.

“We emphasize training for our employees; I get a lot of satisfaction in seeing what they can do and how they move up in their careers and excel,” adds Randy.

Nearly four decades have passed since Randy launched RBK Millwork, and now, as his children prepare to take over the reins, he can look back on those years without regrets.

“Quality has a price tag,” Randy smiles. “You can always find someone to do a job for less. We are not the cheapest, but I know our quality is among the best. I’m very grateful to our suppliers and our subtrades who have worked with us for a very long time. I’m also profoundly grateful to my wife and family for their support, and for my faith, which is a big part of my life.”

“I know I couldn’t have done this without dad,” Kyle says warmly. “He’s always there for advice and to bounce ideas off of. That’s invaluable.”

The younger Kuzyk concludes, “I plan to build on what has been accomplished so far and improve on our processes whenever and wherever we can. We are taking steps in that direction with our recent material and equipment acquisitions. We’ll continue to nurture the staff and help them excel in their positions. Our company is a beautiful thing because it requires so many people to work together. It’s not an individual effort. It’s a team effort, and that’s what makes it so amazing.” 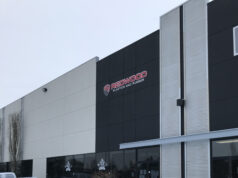 Focused on the Future: 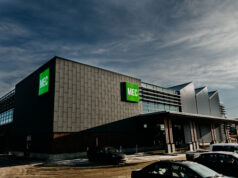