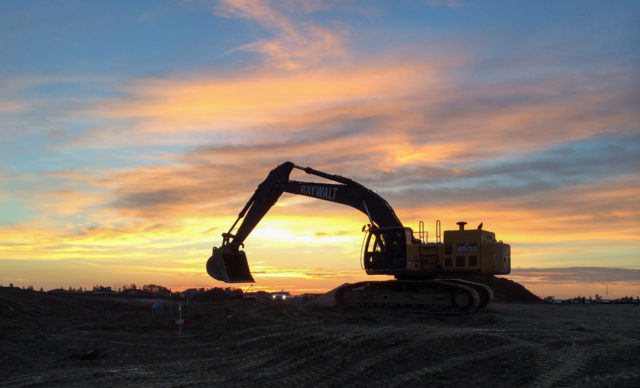 It all started in 1979 when co-founders Ray Necula and Walter Volsky launched the business to to complement Necula’s earthworks company.

In 1988 Volsky became the sole owner. From the early days, Ron Johnson, president, and Mark Zutz, operations manager, were part of the team. Along with Tom Allison and two other partners, Derrick DiPalma and Gerry Turner, they purchased Raywalt from Volsky in 2004. The leadership team continued to evolve with sale of shares by DiPalma and Turner, and today Jordan Rice, Andrew Kowalchyk, and Tom Steblyk are active partners alongside Johnson, Zutz and Allison. While the carefully planned out succession plans took place, the team continued to grow. Raywalt started with 18 staff, and now works with 150 during construction season.

“Our success has been based on maintaining a solid management team and our experienced and loyal support staff and field personnel that make the ‘Raywalt Difference,’ says Johnson. “The balance between keeping the crews busy while maintaining capacity for our loyal clients is never easy, but honest communication is a key. With ever-increasing technical challenges and changing specifications, our team is diligent and adept at keeping on top of a changing construction landscape.
“As with every construction company in our type of business, Edmonton’s short summer means seasonal work and assessing crew requirements early every spring. We have a good number of returning employees, but it is always a scramble to fill in the rest of the positions. Additional to that, the economy in Alberta in recent times is difficult for almost all businesses due to governments that have been playing political games at the expense of Alberta,” Johnson is frank about the challenges Raywalt faces. “However, we are a resilient bunch in our company as are the people of Alberta, so we are optimistic about the future and look forward to a returning steady investment climate in the province with risk takers allowed to carry on business without unnecessary government interference.”

Although many companies in Alberta struggle during times of economic recession, Raywalt has remained steadfast for four decades, thanks to a reputation for outstanding work and innovative problem solving.

“I remember very well one particular day during the crossing of the Bow River in downtown Calgary,” smiles Johnson, referring to just one of the projects that required the quick thinking and creative solutions that RayWalt is known for. “We were installing a large diameter water main by open cut. When we managed to divert the river one evening, a large crowd of people had gathered to watch the proceedings. When it succeeded, the crowd applauded and cheered! It was actually quite weird because we were all just concentrating on getting that portion completed and did not realize the size of the crowd that gathered above on the bank of the Bow River.

“A couple of other projects that were quite memorable for us were the storm outfall to the river at Keswick in southwest Edmonton. It included a lot of different components, which required daily and intense hands-on involvement. Another was installing twin large diameter sewers in Riverbend, which were installed at a depth of 15 metres in adverse and challenging ground conditions.”

He notes that while some jobs stand out for various reason, each one is considered memorable and a valuable part of Raywalt’s project portfolio.

Raywalt is very invested in its staff, and grateful for the innovation, passion and drive they bring to work every day.
Raywalt relies on its team, and is also adamant on investing in the equipment and technology that enables them to work efficiently and safely.
Johnson explains, “Our company has evolved in its operation since 1979 by constantly updating our equipment fleet as well as bringing some talented and hard-working individuals on board to compete in a challenging business. We ran big old red Khoering backhoes back in ’79 which were work horses, but ran their course and were replaced by modern additions over the years.

“We sometimes need to remind people standing on the sidelines that you need the right equipment to do a job, but the basics do not change. Many years ago, as we were installing a deep sewer on 50 Street in Leduc, someone came by and asked, ‘why do you need to dig so much of the road up?’ A superintendent at the time said, ‘You’ve got to dig a hole to put in pipe!’ That pretty much sums it up! Also, safety is always the first priority on any job site, not just in the case of an excavation nine metres deep on an existing street.”

Bystanders often only see the trenching and the equipment, but there is so much more that goes into a Raywalt project.
“Someone who sees the company working in an area probably does not realize how much effort, talent and grit is required to achieve a successful project,” Johnson points out. “A successful project starts long before anyone shows up on site to begin installing the infrastructure. Sometimes months of planning and preparation are required to get ‘a shovel in the ground,’ as they say. Additionally, after the project appears to be completed, maintenance extends well beyond the time that roads are paved and shallow utilities are completed.”

Raywalt is not only active in the building of communities, the company supports communities socially as well and has ongoing relationships with Kids with Cancer Society, Brain Campaign, Alberta Diabetes Foundation, Edmonton Opera, The United Way of Alberta Capital Region, ABC Head Start Society, Alzheimer’s Association, Habitat for Humanity®, Mental Health Foundation, Stollery Children’s Hospital Foundation, Canadian Cancer Society and the Festival of Trees, to name a few.
Five years ago, Raywalt was profiled in Business in Edmonton Magazine in celebration of its 35th anniversary. Today Johnson reflects on the things that changed, the things that remain the same, and the exciting developments planned for the future.

“At this time on our 40th anniversary, we would certainly like to acknowledge those who have been instrumental in our growth and success. First of all, Walter Volsky, who founded the company and carried it through the early years. We also thank our long-time clients, Dream Development Edmonton, MLC Group Inc., Anthem United, Cameron Development Corporation, Allard Developments Inc., and Sherrick/Delcon. We would also like to acknowledge other crucial parts of the team: engineering consultants such as Stantec, IBI Group, Select Engineering Consultants, Invistec Consulting Ltd., J R Paine & Associates Ltd., and CT & Associates Engineering Inc. We are also grateful for long-term suppliers such as Inland and Norwood Waterworks, to name a few.”

He concludes, “In the coming years, the new ownership group will take over and the company will continue to provide the service our clients expect and deserve. Our safety management and culture are designed to provide a safe workplace for all employees and will continue to evolve and become more comprehensive as new opportunities and challenges present themselves.

“If I were to express to our clients one thought, it would be that we hope to be the most reliable and project success-oriented company in our area and that they can depend on us to look after the many details that sometimes go unnoticed.”

With the outstanding reputation Raywalt has in and around Edmonton, it is clear that the company has not only met but exceeded this goal. 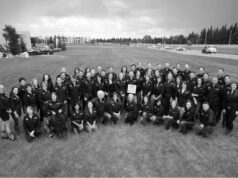 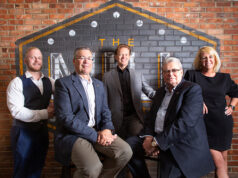 Sawmill: We Have a Steak In Your Future