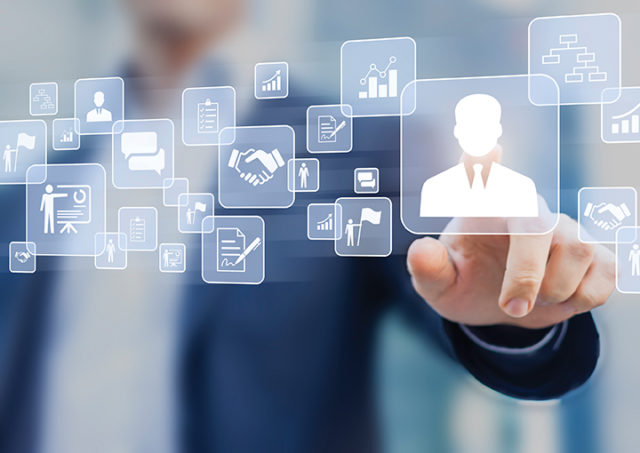 With recession headlines dominating Alberta’s news cycle for years, the focus that is often lost in the constant updates is the personal aspect. Unemployment statistics are people without work. Percentages increasing and decreasing are people whose lives are completely changed. But now, with Alberta’s employment statistics and job growth numbers steadily rising for nearly two years, many people are eager to see what opportunities are out there.

A New Alberta with New Opportunities

Alberta’s economy is recovering but there is no heading back. What companies look for in today’s applicants is different than before, which is a struggle for people returning to the job market. Companies that ran on lean budgets before are more focused on efficiency, which poses a challenge for anyone looking to see what is out there.

Many hiring companies are doing so cautiously and they are willing to wait for the right candidate. “There’s much more strategic hiring going on today than a decade ago,” says Rowena LaFlèche, vice president, Edmonton area for the David Aplin Group. “Employers aren’t willing or able to retrain because they are running at such a lean capacity. More often than not, they will wait for someone with the right skills instead of getting someone approximate and training them up.”

This need for specific skills has another, seemingly counter, consequence as well: the need for people to occupy multiple roles. “Before the recession, you would apply for a job in accounts receivable and that would be your job,” LaFlèche explains. “Today, you could be doing accounts receivable and helping with other accounting duties. So companies need people who can do multiple things to help them keep their operations lean.”

The hunt for specific skillsets is proving extra difficult for many who are coming back into the workforce after considerable time off. For people who are re-entering old industries, they are finding their years of experience cannot compete with current expertise, especially when it comes to industry-specific software.

For Kathy Verenka, recruiter for Edmonton’s Staff Bureau, the challenge of reentering the workforce means looking for transferrable skills. “As recruiters, we are notorious for looking for gaps and movement and we often find that people’s volunteering can help fill those gaps,” she explains. “We also see that many people re-entering the workforce after time off have very transferrable skills. So while they may not be current, they have skills that can help them move vertically into other industries.”

While people are constantly thinking about their skills and how to answer interview questions, Verenka still finds most people cannot answer the most important question: if you were to write out your ideal job description, what would that look like?

What are some tips from HR professionals for job hunting in 2018?

“Contact your network and build relationships,” says Joy Monsma, founder of Teneo Consulting Inc. and organizer of Edmonton’s DisruptHR events. “If you are new to the job market or have been out of it for a while, don’t despair. You do have a network. It might need attention and expanding, but it is the place to begin. A 2016 survey demonstrated that 85 per cent of jobs are filled through networking and ultimately, networking relies on relationships.”

Monsma also stresses that job boards are just the tip of the iceberg for potential opportunities. “The hidden job market is a reality and has lots of possibilities. Depending on your source, 70-80 per cent of jobs are never advertised – that’s the hidden job market and it’s a gold mine.”

LaFlèche agrees. “Networking is quite overlooked. People tend to rely on job boards and don’t actively network as much as they should when they’re actually job hunting,” she says. “Leveraging other tools like LinkedIn and other professional business networking events is probably things that people sporadically do, and not on a consistent basis.”

In many ways, the job hunt has remained the same even as technologies have completely changed. Case in point: the resume. “The resume, paper or electronic, is not dead. Not yet,” Monsma says. “Love it or hate it, no one has really developed an alternative. It is limited and restrictive, but it is a tool. So how well it works for you is largely in your hands.”

All three agree that resumes need to be laser-focused for the job at hand. “We are recommending that people have two or three different versions of their resume,” Verenka says. “So if you have legal experience, one emphasizes that. If you want to move into an executive assistant role, then highlight those skills.”

Monsma suggests thorough research before you hand in your resume. “Too many applications are treated like a generic affair, and frankly generic is boring and it shows a distinct lack of commitment and interest,” she says. “You have the control of the content, which means you can give the reader and screening software the best opportunity to shortlist your resume. Do some research on the job generally and find out what that job title looks and sounds like in other organizations if possible. Then use what you have learnt to tailor your cover letter and resume.”

Beyond the resume, how people look for jobs has changed. Searches are now easier as LinkedIn, Monster and other job- and career-related sites grow, but there are downsides. “I’m finding more people are just waiting for a job posting and then they’ll apply. You have to be more proactive than that,” Verenka argues. “Do your homework. Research specific industries and industries you may be interested in where you have comparable skills. Instead of waiting to see what comes to the job boards, get out there and see what’s going on.”

LaFlèche agrees and argues that people need to use technology to help, not to hide. “I think with technology, people tend to hide behind it more than they used to,” she says. “People hire people. They don’t hire resumes. So get out there, introduce yourself to hiring managers and people of influence. You will be surprised at how that can help.”