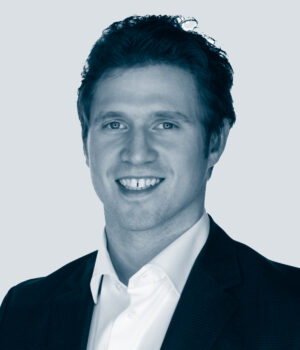 Since the 1945 founding of the United Nations, Canada has played a key role in helping shape UN policy. Canadians have generally seen our long-term UN involvement as a smart way to advance our own strong commitments to multilateralism and international cooperation.

For the most part, it’s been a good forum for Canada because it’s provided us with some outsized influence beyond our middle-power status. The theory is that we’ll see benefits as we help advance other less advantaged nations.

But the theory breaks down when the UN decides to push a flawed narrative through its communications channels. Take, for example, UN Secretary-General Antonio Guterres’ recent speech to Seton Hall University’s commencement ceremonies in New Jersey.

During the speech, Guterres said that “investing in fossil fuels is a dead end, economically and environmentally… My message to you is simple: Don’t work for climate-wreckers. Use your talents to drive us toward a renewable future.”

Could the Secretary-General have gotten it more wrong? I doubt it. Young people want a secure future for themselves and for their eventual families, communities and the global environment. Why wouldn’t they work in an industry that is the largest Canadian spender on environmental protection, clean tech and climate-related research and development?

The International Energy Agency’s (IEA’s) executive director Fatih Birol wrote recently that “Russia’s invasion of Ukraine has brought major disruptions to the global energy system (so) it’s clear to us that any immediate shortfalls in fossil fuel production from Russia will need to be replaced by production elsewhere – even in a world working towards net zero emissions by 2050.”

The IEA chief added that, on the production side, “the most suitable options for this are projects with short lead times and quick payback periods,” including “shale oil and gas which can be brought to market quickly, extending production from existing (oil and gas) fields, and making use of natural gas that is currently flared and vented.”

Similarly, the UK government has been warned of potential power cuts to as many as six million households this winter after models of a “reasonable” worst-case scenario predicted major gas shortages if Russia cuts off more supplies to the EU, according to The Times.

Allowing the Guterres point of view to win the day means the West, including Canada, will lose its future pool of energy workers within 20 or 30 years. Who does that help? It helps other, less-regulated regimes that will inevitably step in and fill the energy supply gap.

If Russia’s illegal conflict in Ukraine has taught us anything, it’s that the world needs a broad, pragmatic, environmental and human rights-focussed approach to filling the energy shortfall.

And that means more Canadian oil and gas, not less.

Cody Battershill is a Calgary realtor and founder / spokesperson for CanadaAction.ca, a volunteer-initiated group that supports Canadian natural resources sector and the environmental, social and economic benefits that come with it.