Wow, what a month February was for Alberta and Canada! The Coastal GasLink pipeline caused turmoil nationwide and within Indigenous populations. Blockades, civil disobedience and vigilante action follow, affecting the nation’s supply corridors. Then, a huge Alberta energy project gets cancelled, not by the government or the regulator, but the applicant itself – Teck Resources Ltd. Teck’s well-written letter of explanation sets off a firestorm of finger pointing at government leaders. The finger pointers include climate change activists who translate Teck’s letter to read as though it is slamming Canada and Alberta’s weak climate policy.

A couple days later and Premier Kenney, in his speech from the throne, moves quickly to announce a Bill that will allow for stiff penalties on protesters that put up blockades or interfere with essential infrastructure like railways. Let’s not overlook the latest belt-tightening budget as officials scramble to get responsible controls and rein in spending.

And February was nothing compared to what happened in March. An energy war broke out and a pandemic swept the globe.

There is a lot going on, but let’s all take a deep breath and look at the facts. Not the fake news. Not the social media outrage. The facts.

Start by reading the Teck letter penned by Donald Lindsay. Read where it talks about the “global capital markets… are increasingly looking for jurisdiction to have a framework in place that reconciles resource development and climate change in order to produce the cleanest possible products.”

Is oil completely clean? No. But Teck’s mine would have been one of the cleanest in North America. In the words of Justin Trudeau (2017 Houston speech), “The resource will be developed. Our job is to ensure that this is done responsibly, safely, and sustainably.”

But we can’t develop our own resources. Because everyone is having temper tantrums instead of talking like reasonable adults.

The sad fact is that Canada does not provide a balanced framework that inspires confidence for investors. We present turmoil instead of calm. We present fights and arguments instead of resolution and reconciliation. Everyone’s yelling at each other from coast to coast and nobody is taking the time to listen to anyone. How can we move forward like this? How can other nations invest in us right now?

All this infighting… and for what? We need to get our act together. There are so many things going on in the world that are out of our control, so why are we not controlling the parts that we could? Why can’t we control our own resources?

The world is changing – fast. Alberta, and Canada, have a chance to show real leadership on the global stage in every aspect from healthcare to economics to energy. But we won’t be able to do that unless we all start listening, working together and getting along. 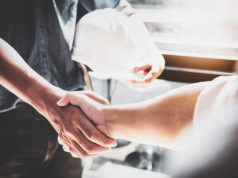 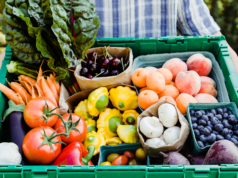