The necessary life-saving physical distancing measures imposed to slow the spread of the coronavirus has led to an unprecedented halt in economic activity. In its April 2020 economic outlook, the International Monetary Fund predicts that the global economy will shrink by 3.0 per cent in 2020, the worse recession since the Great Depression, and far worse than the Global Financial Crisis. CME expects the Canadian economy to contract by a much steeper 10 per cent.

To stave off an even deeper economic downturn, governments from around the world have stepped up with a historic fiscal response. In Canada, federal government direct support has reached an estimated $146 billion, with more likely on the way. The two most substantial policy measures announced so far are the $76-billion Canada Emergency Wage Subsidy (CEWS) and the $35.5-billion Canada Emergency Response Benefit (CERB).

Liquidity measures, such as business loans and income tax deferrals, add up to another $155 billion in indirect support. In addition, the Bank of Canada has slashed interest rates and embarked on a large-scale asset purchase program in a bid to ease financial market strain and limit the economic damage of the pandemic. Finally, the provinces have also announced their own fiscal packages that total in the billions of dollars.

Its safe to say that Canadian governments at all levels have done their job during the crisis, with a goal of softening the pandemic’s blow. So, what now?

Canada will need to refocus its attention on improving its global competitiveness. As demonstrated by the World Economic Forum’s (WEF) flagship benchmarking reports, Canada’s economic competitiveness continues to deteriorate. Canada ranked in 14th place in the 2019 Global Competitiveness Index Rankings, down from 9th place in 2009-10. Canada’s competitiveness looks particularly weak when compared against our closest rival, the United States. While other countries have taken meaningful steps to become more competitive, Canada has remained complacent.

We at Canadian Manufacturers & Exporters are calling for nothing short of a new national industrial strategy. The strategy should be developed based on the following three principles:

The most critical component of the strategy must be a makeover of Canada’s business tax structure. According to the WEF, Canada’s overall tax burden remains a shackle on growth. In the group’s Executive Opinion Survey, Canada’s business community ranked tax rates as one of the most significant barriers to doing business. The need for reform became even more urgent after the United States implemented its own major tax changes in 2018.

It is time for Canada to get serious about our industrial future. Throughout this crisis, all political parties and all levels of government have come to recognize the need for a modern industrial strategy. This is good news for the Canadian economy. The economic uncertainty created by the pandemic may provide a needed wake up call for politicians to finally address a fundamental weakness in the Canadian economy. 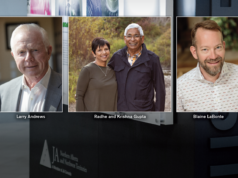 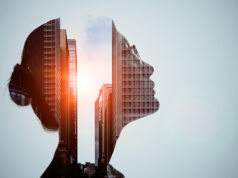 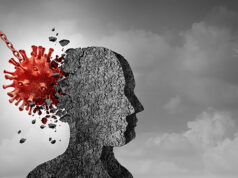 Navigating Mental Health in the Time of COVID-19

Navigating Mental Health in the Time of COVID-19