It took a little longer than our neighbor to the south, but the negative effects of the oil and gas downturn are being felt in Edmonton, and it’s not pretty.

StatsCan data released in early February told the story – Edmonton’s unemployment rate rose again to 8.2 per cent – the highest of any major Canadian city save for Windsor, Ontario. There were 15,300 more unemployed Edmontonians in 2020 than in January 2019. Province-wide, the provincial workforce shrank by 13,500 and 31,000 Albertans lost work hours, possibly due to the extreme cold snap in January.

Edmonton is a bit of an outlier in the most recent job numbers, as Canada’s unemployment rate dropped to 5.5 per cent on the strength of an additional 34,500 jobs.

That’s why Canadian Manufacturers & Exporters (CME) took the unusual step of joining forces with Canada’s four other leading business associations to call for action in the upcoming federal budget. The Business Council of Canada, Canadian Council of Aboriginal Business, Canadian Chamber of Commerce, Canadian Federation of Independent Business and CME issued a statement calling for a “comprehensive plan for economic growth” in this year’s budget.

The “big five” associations called for an ambitious plan to address the costly, burdensome regulatory environment. Canada should aim to become the world’s most efficiently regulated jurisdiction in order to attract jobs, boost business confidence, and encourage badly needed investment.

The government must focus more of its infrastructure spending on projects that will increase Canada’s competitiveness. A greater focus on trade-enabling infrastructure would benefit communities of all sizes, including Indigenous, rural and remote communities. We’re talking roads, bridges and air and seaports.

An aging population threatens the economy in two ways: it makes it harder for employers to find the people they need to expand and grow, and it puts a greater burden on working-age taxpayers to fund health care and elderly benefits. We must equip Canadians with the skills that can align and adapt to the evolving economy in order to fill the hundreds of thousands of current and future job vacancies across the country. Immigration is part of the solution.

After years of carbon taxes, Clean Fuel Standards, plastic bans and dithering on resource infrastructure, Canadians deserve a new look from Ottawa. The next federal budget should focus on making Canada more competitive and ready to compete globally in the long term. 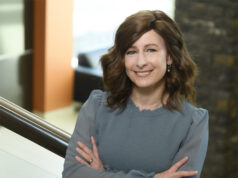 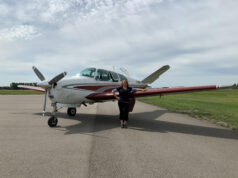 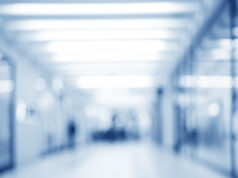