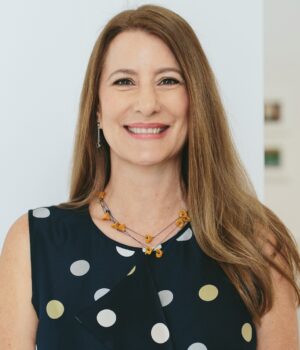 Innovate Edmonton’s board of directors has recruited media-tech, investment and entrepreneurial powerhouse Catherine Warren as its new CEO. Warren’s comprehensive understanding of digital and sustainable economies, longstanding service to major Canadian innovation funds and leadership in top startup ecosystems will be powerful assets for Innovate Edmonton and its partners.

“This pandemic has stressed that innovation and diversification will be essential to building a more resilient economy. I’m glad Innovate Edmonton has selected an entrepreneurial CEO with a global approach to join our community. Thanks to the board’s efforts, we welcome Catherine as a convener and change-maker in this new role,” said Mayor Don Iveson.

Warren reports to the chair of Innovate Edmonton’s independent board of prominent business and investment stakeholders. Chosen in a competitive national search, she brings to the table an extensive international network and distinguished career contributions to Canada’s business, finance, academic and community-engagement ecosystems.

Moving ahead, Warren will build a team focused on supporting Edmonton’s entrepreneurs, impact businesses, universities, cultural organizations, First Nations and other groups, united in growing Edmonton’s innovation economy and positioning Edmonton on the global stage. To reinforce the city’s climate resilience goals, Innovate Edmonton will also help companies making significant advances in clean energy, decarbonization, and green buildings. Additionally, it will support many others engaged in the resource economy’s “just transition,” where no opportunities are left unchecked.

“I am incredibly honoured to join a community of experimentalists, thinkers and disruptors as we take on the world’s greatest innovation challenges — from health to sustainability to social equality — where Edmonton’s leadership and values shine, and are needed most,” said CEO Warren. “As a start-up and venture catalyst, Innovate Edmonton is embarking on an exciting trajectory at a pivotal time. I look forward to building collaborative relationships and making real gains together for innovation across all sectors and communities.”

Living and working in Canada, the US, UK and Europe, Warren has served as a C-suite executive for publicly-traded companies, academic institutions and government-business enterprises. Most recently, as chief executive officer of Vancouver Economic Commission, she led the team in attracting $3 billion in foreign direct investment to the region, with a portfolio including the Vancouver Film Commission, the world’s largest animation and visual effects sector, smart cities technologies such as AI, 5G and quantum computing and the green and impact economies. In more than two decades as a tech advisor, Warren’s track record includes mergers and acquisitions for digital distribution and digital IP, raising capital and liquidity events for tech companies, consulting to national media funds, hedge funds, crowdfunds and coaching executives on strategic growth and monetization. Earlier in her career, she was the startup COO of a broadcast software company that she and her partners took to the Nasdaq and grew to a $300 million market cap. Warren has a bachelor’s degree in physics from Reed College in Portland, Oregon, with a focus on climate change, and a master’s degree from the Columbia University Graduate School of Journalism in New York, where she did her original thesis work onsite at MIT covering the launch of its digital Media Lab.