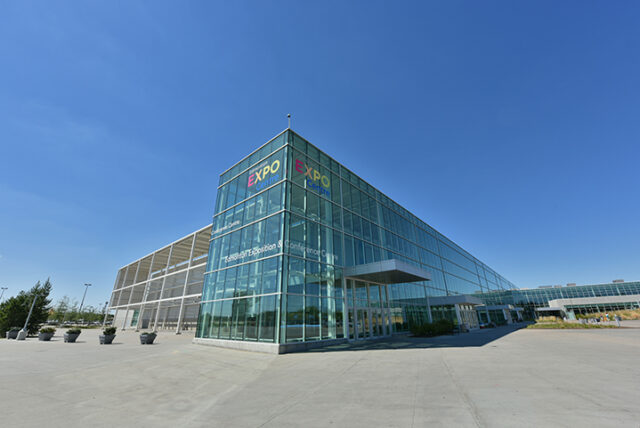 The Edmonton Convention Centre and Edmonton EXPO Centre are pleased to announce that both venues are recognized among the 2021 EXHIBITOR Centers of Excellence. Produced by EXHIBITOR Magazine, the annual award recognizes the top 30 venues for trade shows and events in North America.

All North American convention and exhibition venues are eligible to apply to the Centers of Excellence program, with the 30 highest-scoring entries being named among Centers of Excellence. Applicants are evaluated by a panel of corporate exhibit managers based on a survey of past clients (customer service and on-site support) and criteria within five categories including: facility and functionality, location and accommodations, service and execution, upgrades and expansions and awards and industry.

“Both the Edmonton Convention Centre and Edmonton EXPO Centre were among just 25 facilities that scored more than 300 points in the category of customer service and on-site support—a score that is based on surveys of past customers as well as EXHIBITOR readers who have exhibited at, or hosted events at, the venues in question,” said Travis Stanton, editor of EXHIBITOR. “That’s a strong indication event organizers and participants can rest easy knowing they’ll be in caring and capable hands anytime business travel takes them to Edmonton.”

“It is an honour to have both Explore Edmonton managed venues recognized as Centers of Excellence— a testament to our expertise in venue management and Edmonton’s ability to deliver exceptional visitor experiences through two of North America’s top facilities,” says Arlindo Gomes, Vice President of Venues for Explore Edmonton. “Event planners and clients get more than a venue–they gain access to the planning expertise and resources of a committed team of professionals that care about the experience of everyone that walks through our doors.”

Architecturally entrenched in downtown’s riverbank with Canada’s largest building-integrated solar cell installation, the Edmonton Convention Centre overlooks North America’s biggest urban parkland. The centre is one of only five Canadian venues with ASTM certification and was also the first convention venue in Canada to receive Green Key level five certification. Through its commitment to its people and local culture, the centre gives back to its community through social sustainability programs and attracts international and national events which drove $39.4 million in economic impact in 2019.

The Edmonton Convention Centre has also been recognized as one of North America’s top five performing venues (International Association of Venue Managers, 2018) and as 2018 Venue of the Year by Meetings Professional International Edmonton Chapter.