With Edmonton International Airport’s (EIA) $2 billion+ impact in the region, use and development of the land around the airport is an important issue. As of this summer, the City of Edmonton, Leduc County, the City of Leduc and EIA have signed an Inter-Jurisdiction Cooperation Accord.

“This partnership provides an unprecedented collaborative opportunity to innovate and advance the region and EIA as a competitive global investment destination. We can achieve more together than would otherwise be possible,” said Edmonton Mayor Don Iveson.

The Inter-Jurisdiction Cooperation Accord makes the EIA and the area around it a priority as an economical location. Development of the region will be carried in ways that support the role of the airport, and that will attract more flights to EIA. The Accord also recognizes how the benefits of a successful airport can be shared among the partners, and how development will continue to support the long-term success of EIA.

Leduc County Mayor John Whaley said in a media statement, “We are proud of the collaborative spirit we’ve fostered both through the annexation process and the signing of this Accord. Regional collaboration is our greatest strength and is critical for the success of regional assets such as EIA. This partnership seeks to build on EIA’s position within the region’s economic and social fabric.”

Leduc Mayor Greg Krischke noted, “As EIA expands, it’s clear that its growth and prosperity are interconnected with growth and prosperity in the Edmonton metropolitan region. This partnership adopts the true spirit of regional collaboration and is a crucial component of our overall competitiveness, whether at home or abroad – it’s about attracting jobs and investment to the entire region.”

Tom Ruth, the president and CEO of EIA, is also excited about the Accord.

“EIA is an integral part of the region’s economy,” he said. “We benefit from an excellent long-term relationship with all surrounding municipalities, something that has helped support an impressive track record of sustained passenger growth over the long-term, seven consecutive years of cargo growth and more than $750 million in commercial investment by EIA and our private industry partners. As a not-for-profit entity that is mandated to drive economic growth for our region, we are committed to creating jobs, generating economic development and building relationships that will benefit all parties for many years to come. It is essential for us to work with partners who recognize and appreciate what EIA needs in order to achieve this regional mandate and provide the best travel experience for our passengers.”

EIA is, when measured by land mass, the largest major, and the fifth busiest, airport in Canada. Its network of runways can accommodate aircraft of any size; the world’s largest cargo carrier, the Antonov 225, has landed at EIA on several occasions. Last year, construction began on the Simon and Ivanhoé Cambridge Premium Outlet Collection – Edmonton International Airport development, which will have more than 580,000 square feet of lease space. 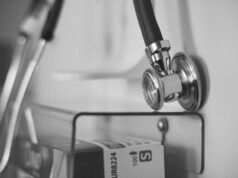 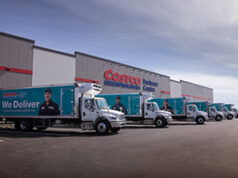