Just how desperate is Premier Rachel Notley to save the Kinder Morgan Trans Mountain pipeline? Alberta taxpayers are about to find out.

Notley’s NDP have built their entire fiscal framework on the foundation of Trans Mountain’s eventual construction. In Budget 2018, the province made it crystal clear that its path back to a balanced budget runs parallel to the proposed TMX pipeline route. Without the influx of resource royalties the pipeline would harvest, the government’s balance sheet is doomed.

For a moment, let’s set aside the obvious: staking your province’s fiscal sustainability on political actors and other elements beyond your control is just bad policy. Instead, let’s focus on the practical: Alberta simply must have TMX built.

Little wonder, then, that after Kinder Morgan announced on April 8 it would stop investing in the project, Notley wasted no time in laying her cards on the table, face up. If Kinder Morgan could no longer carry the risk of ongoing TMX delays, the Alberta government would.

Alberta is a $50 billion public corporation with a solid, if deteriorating, credit rating and is better positioned to withstand the onslaught of delay tactics that have stalled TMX than a shareholder-controlled company like Kinder Morgan.

Kinder is threatening to nix the pipeline altogether if the BC government doesn’t co-operate with construction, and they’ve set a May 31 deadline for them to comply. BC Premier John Horgan’s political legitimacy rests almost entirely on opposing TMX, so that deadline is likely to come and go.

Notley’s determination is admirable, but her plan to purchase the pipeline lacks certainty. It solves the immediate problem of keeping the project afloat, but offers nothing in the way of actually getting it built.

The hordes of protestors currently clogging the route aren’t about to pack up their placards and bullhorns and go home just because the pipeline proponent is a government and not a corporation. Horgan won’t change his tune either and may well be inclined to dig his heels deeper to thwart Alberta’s perceived hostile encroachment. No BC Premier ever lost political points standing up to Big Bad Alberta.

The real solution to this political and economic quagmire resides somewhere in the Ottawa corridors of powers. The Prime Minister’s Office, to be exact. For months – even after Kinder’s bombshell announcement – Justin Trudeau has clung maddeningly to his favourite bromide, “the pipeline will be built,” while refusing to elaborate on how.

He has options. Ottawa could withhold transfers to BC until it backs down on the pipeline, as it’s threatening to do with Saskatchewan over a carbon tax. He could ask the Supreme Court to rule on it or declare TMX a matter of national interest under section 92(10)of the Constitution. All three options will likely cost his Liberals seats in BC, hence his reticence to act.

Trudeau’s abdication of responsibility is the paramount reason Alberta is about to become the owner of a paralyzed pipeline. If Rachel Notley wants to resurrect it, she’s going to figure out a way to get the Prime Minister to start caring more about the future of his country than the fate of his government.

Good luck to her. 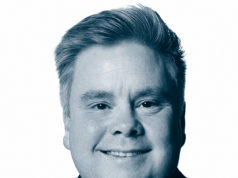