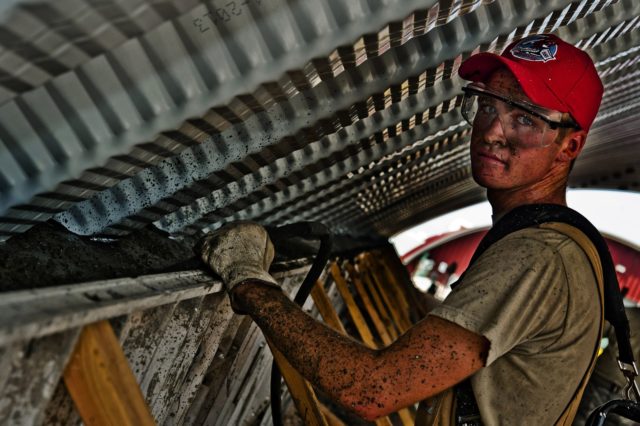 In 2018, according to statistics from the Workers Compensation Board of Alberta, 23 workers across eight industry sectors were killed either on their work site or as a direct result of injuries sustained on site. While those numbers seem alarmingly high it is actually lower than 2017’s report, which cited 37 fatalities. These reports do not include workplace injuries. In 2016, the Alberta government recorded more than 45,000 injuries that required workers to either take time off or modify their work schedule. However, a study released last year by the University of Alberta’s Parkland Institute found almost 70 per cent of disabling workplace injuries in Alberta go unreported. The study suggested that the number of workplace injuries is actually closer to 140,000, which correlates to one in five Albertans suffering some type of workplace injury in 2016.

Alberta’s Occupational Health and Safety Act sets the minimum standards for workplace health and safety and outlines the roles and responsibilities of employers and workers. On June 1, 2018, the first significant updates to the Act in over 40 years came into effect; but with the one-year mark quickly approaching, have workers in Alberta noticed an increase in workplace safety and a decrease in injuries?

“Overall, the changes implemented to Alberta’s Occupational Health and Safety (OHS) regulations and codes have brought the province’s requirements closer to other jurisdiction’s regulations. This ensures that employers working from province to province see less regulatory differences than before. Responsibilities that used to be quite vague are now clearly defined, and we anticipate the decline of work-related injuries in Alberta to continue as the province’s regulatory approach is modernized,” says Patrick Rochefort, operational manager of Edmonton’s Safety Coordination Services (SCS).

Safety Coordination Services is a one-stop shop for all things safety in Alberta. SCS offers industrial safety courses such as first aid and hydrogen sulphide training, and over 60 additional courses that can be accessed online. Their newest online offering covers wilderness awareness for industry, hunters, campers, and the general public. SCS also provides occupational health testing, which includes hearing and drug tests, and industrial hygiene testing. Organizations can work with SCS to develop safety programs so they can come into compliance when new regulations arrive or old ones change.

The highlights of Alberta’s Occupational Health and Safety Act revisions include:

“The addition of mandatory joint worksite health and safety committees that meet at least quarterly is definitely one of the biggest changes. It’s a feature that is already present throughout the rest of Canada, and is a strong industry practice in Alberta that is now officially part of the OHS code,” Rochefort adds.

While no official statistics regarding Alberta’s fatality rates for 2019 are available yet, Rochefort says that almost all the changes we are seeing have been previously implemented in most parts of Canada and reflect evidence-based solutions.

“Alberta’s OHS works closely with employers throughout the country to analyze their lost time injury rates and accident rates, and holds constant discussions with industry players about what safety initiatives are showing the best reductions in injury, illness, and loss. The revisions reflect the constantly evolving best known practices in North America for improving worker safety.”

Valard is an electrical utility contractor and full-service provider of engineering, procurement, construction, and maintenance services. Founded by Victor Budzinski and incorporated in 1978 in Grand Prairie, Valard was created on the principles of employee inclusion and quality workmanship.

“The one thing I always say when discussing statistics is ‘what constitutes safer?’ Are fewer people dying because their work environment is safer or did they just get lucky? Is there a correlation between fewer fatalities because of higher unemployment rates? Because if you look at it from an occupational standpoint, if no one is working, no one can get hurt. But what does guarantee a safer work environment is when workers are directly engaged and have an equal say in what is going on. Workers are the ones doing the hard work. I and the other VPs here at Valard are way less likely to be hurt than the workers out on the front line who face the chance of being maimed, injured, or even killed every day. Giving them control over their work environments instantly makes your organization a safer place to be. The opposite is also true. If your safety strategy isn’t focused on engaging your employees, then you have lost the battle.”

While government bodies and organizations should continuously strive to create safer work environments for employers, why did it take almost 40 years for any revisions to be made to Alberta’s Occupational Health and Safety act?

“The OHS Act, Regulations and Code have been revised over the years but not to the same extent as in 2018. In 2015, for the first time in 44 years, Alberta had a major change in government and these revisions were definitely politically motivated,” Neveu says. “The Progressive Conservative Party took a more co-operative approach when it came to legislation compliance. In general, the previous legislation focused on goals and less on the path of how to fulfill those goals. However, the New Democratic Party led with a major focus on revising most welfare legislation in the province (i.e. WCB, OHS, etc). The New Democratic Party revisions are much more prescriptive as they look to control each step in the process to fulfill goals. This was a major revision and change in direction that Albertans were not used too. Other provinces whose governments have been historically led by the New Democratic Party are used to these types of prescriptive legislation. A good example is British Columbia. Historically, the NDP government in that province has always had very prescriptive OHS legislation. By the same token, some of the revisions that were made to the legislation aren’t revolutionary. For example, the addition of worksite health and safety committees and representatives are simply bringing Alberta into alignment with the rest of the country.”

The revisions also came shortly after a Vadim Kazenelson, project manager for Metron Construction, was jailed due to a scaffolding collapse in Toronto that left four workers dead and one brutally injured. The case arose on Christmas Eve 2009 when five of six workers fell almost 13 stories after the swing stage they were on collapsed without warning. The sixth worker, who was not injured, was left hanging in mid-air from tethers — which are required under provincial law and by industry practice. Kazenelson did not insist on all workers being tethered on that particular day because he was running out of time to see the work completed.

With new revisions in place for Alberta corporations, will employers face additional costs to improve health and safety?

“Certainly there is a cost but just like safety statistics, what does cost really mean? An ounce of prevention is better than a pound of cure and it all comes down to whether or not you want to be reactive or proactive. For most companies with a sophisticated OHS management system, especially those that are multijurisdictional like Valard, the revisions to the OHS legislation should be relatively easy to comply with. With any change though, if you ensure the front end is working efficiently, you save money on the back end. We all know the saying ‘safety comes first’ but to me, safety is like a canary. It is the first rumbling of a deeper problem that employers need to deal with. It’s also a reminder that safety education isn’t equal across the board. Those in management style positions, like engineers, or some trade workers, don’t have the same understanding of safety or are not provided with a high level of safety training when they receive their primary education. It’s incumbent on employers to ensure these workers understand the importance of safety and how to work safely. Because of this, you have to remind them, hence ‘safety first.’ In reality, in order for work to happen, environmental health and safety, quality control, production, and cost-effectiveness all have to be equal. Not one of these can be more important than the other; they work in conjunction with each other. For example, if production is your sole focus, your quality and safety are likely going to suck,” Neveu explains.

Rochefort adds, “Unlike prior revisions to Alberta’s health and safety codes, there isn’t a lot of new engineered solution requirements so I don’t think we will see much sticker shock as we would for new engineering guards and systems. The new health and safety committee requirement does not take effect until your organization has 20 or more employees. Operationally, I would budget for a quarter of my employees to meet calendar-quarterly for approximately one hour per meeting. If a company that consists of 20 people being paid a wage of $30 an hour had a health and safety committee, it would cost $600 per year. The cost of dealing with just a single lost-time injury claim for an employer is much higher than this. Although it is sociopathic to think only about economics when it comes to health and safety, you can reasonably expect a lost-time injury to cost your company between $10,000 to $40,000. A fatality would normally cost your company over a million dollars. The additional regulation actually results in more savings for companies.”

Another major revision to Alberta’s Occupational Health and Safety Act is a clear definition of harassment and violence to address workplace bullying and physical and psychological harm, including sexual and domestic violence.

“There is no real cost associated with companies and organizations addressing bullying and harassment in the workplace. The focus is more so on making these things part of a greater workplace conversation and removing the stigma around them,” says Wendy Giuffre, president and principal consultant of Wendy Ellen Inc. Giuffre’s team of HR specialists provide human resources and benefits management skills to small and mid-sized companies on an as needed basis.

Neveu agrees, “You can’t monitor bullying and harassment the same as you monitor a piece of equipment. These aren’t physical objects and are more subjective in their interpretation and compliance. Often, bullying and harassment are deeply enmeshed into the work environment and as a result are more difficult to spot for the common worker. What does ‘I’m just joking’ really mean? Where possible, management and workers have to evaluate their work environment and delineate, as much as possible, clear lines through education. By doing this, a policy can be created that is unique to their work environment so workers feel comfortable voicing their concerns. In general, there can’t be any tolerance for bullying and harassment in the workplace. We are a very mature civilization, and we need more mature regulations because of it. Safety isn’t a light switch, it is a scale based on standards, legislation, company policies, and workers’ engagement. Everyone needs to be aware of the rules that are in place and given the opportunity to be a part of the system. In this way, everyone can learn and adapt together. If an organization is scared of doing so, then they have a deeper problem they need to address.”

“If workers believe their employers are not following regulations, they can file a formal complaint with Occupational Health and Safety,” Giuffre concludes.