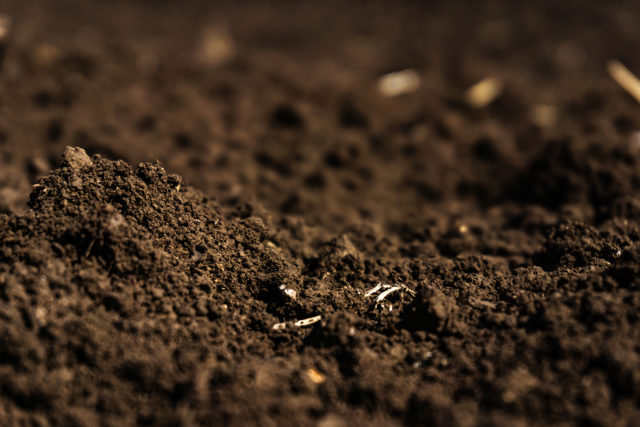 Agriculture in Alberta is big business. In 2016, Alberta’s real gross domestic product for the agri-foods industry was the highest on record at $6.6 billion (a 7.8 per cent jump over 2015). When measured in production tonnes, all kinds of wheat, along with oats, barley, fall rye, mixed grains, dry beans, peas, mustard seeds, triticale, hay, corn, and sugar beets all showed a significant increase in production tonnage. The average value of canola seed crusher jumped from $435.01/tonne over the 2014/2015 season to $466.35/tonne during 2015/2016.[1]

These are great numbers that represent some very robust growing years, but don’t forget: farming may be big business, but it is also a very tricky business. Too much or too little rainfall, one good hailstorm, a crop blight, or a wildfire can devastate an entire crop in a matter of days.

With such high risk and fierce competition, farmers look for an edge, and that is where performance enhancers come in.

Performance enhancers for soil mostly fall into the category of fertilizers and soil supplements, and there is no shortage of them on the market. With a plethora of organic and inorganic products to choose from, how does a farmer separate the wheat from the chaff, so to speak?

To distinguish what is accepted as safe or not for Alberta’s soil, farmers should look for a Canadian Food Inspection Agency’s (CFIA) registered number on the packaging.

“As a science-based regulator, the CFIA is dedicated to safeguarding food, animals, and plants, thereby enhancing the health and well-being of Canada’s people, environment, and economy. The CFIA’s Fertilizer Program, with its focus on safety, is an example of how the Agency works to benefit Canadian consumers and farmers,” informs a CFIA spokesperson.

“The Fertilizers Act and Regulations require that all regulated fertilizer and supplement products imported into or sold in Canada be safe for humans, plants, animals, and the environment. They must also be properly labelled to enable safe and appropriate use. The CFIA monitors all fertilizer and supplement products found in the Canadian marketplace to verify their compliance with prescribed standards,” the Agency continues.

The CFIA ensures compliance by monitoring both imported and local products that are new or that already exist in the market. Inspectors visit facilities, review labels, sample products, and conduct tests to ensure fertilizers and supplements meet the requirements deemed necessary for safe use and application. Products that are non-compliant are addressed with regulatory action, and if necessary, prosecution.

Although some fertilizers are exempt from registration, they must still meet CFIA’s safety, labelling, and standards requirements. For example, liming products (mainly used to correct soil acidity) do not need to be registered, but the CFIA strongly encourages producers of liming products to obtain a “letter of no objection” that proves the product meets the CFIA’s standards, and the Agency tests liming products to ensure they do not exceed heavy metal additive allotments.

While fertilizers and supplements are one way to boost soil vitality and increase crop yield, there are other ways to maximize what soil can do. Hobby and backyard gardeners know some tricks for natural additives that require no regulation at all, such as coffee grounds and egg shells. Is there a similar application that can be used on a commercial farm scale? Yes, there is.

The process of using worms to break down and enhance soil is not new, but Rollingson isn’t offering worms. He mass produces worm casings. The Alberta-based company launched in 2008, and it barely made it out of the garden gate.

“My stepfather was hauling worm casings from British Columbia to the States,” says Rollingson, “so I started researching the topic. Then I saw a documentary about an accidental revolution: food shortage mitigated with vermiculture. I decided that was it. I should get into this! From there I looked for different systems on how to raise worms and found a system I liked. I dove into it and started raising worms. It wasn’t that easy in the beginning. I had about lots of worms and killed most of them within six months. Soon, I had about 50 worms left. I brought the pail of 50 worms into my spare room and sat down to figure out what went wrong.”

After a less-than-ideal start, things turned around fast. Within a year, the farm had over 100,000 worms and went from selling out of the family’s home garage to selling at Farmers Markets. Business continued to grow swiftly, and today, Earthly Matters operates out of a 3,200 square foot facility, produces 10 tons of casings a month (with a goal to hit 40 tons per month) and services every farming enterprise, from green houses and market gardens to large scale commercial farms.

“Here’s how it works,” Rollingson continues. “Worms are important in the soil. They are decomposers and shredders. Worms have an amazing gut system. They are eating microbes in the soil and their system breaks it down, so their manure is fertilizer-ready. We have so many worms, and the way we screen it out, when a customer buys our worm casings, they are getting the benefit of millions of worms without having to buy them. They are getting the benefit of the worms without having the worms in the soil. Worm casings also encourage more worms to naturally come to the farm because they are making the area more fertile.

“Some soils that are depleted of nutrients or that don’t have a lot of biological activity due to over-tilling or salt-based chemicals might deter the natural presence of worms. If you’re trying to improve that soil and bring life back to it by adding beneficial microbes, you’re going to get an increase of activity in that ecosystem because worm casings are a food source for other anthropoids and worms to eat.”

With Alberta (and the other prairie provinces) eclipsing Eastern Canada in rapid population growth, and with the push on Alberta for economic diversification, crop agriculture continues to grow in demand and popularity. Having the most fertile soil is a must for a successful crop, and with today’s technology and farming practices, good soil does not have to be left to chance. With the CFIA overseeing what goes into the soil, and with plenty of completely organic choices, such as vermiculture, it looks like Alberta’s soil will be producing healthy, top-notch yields for many years to come.