Enerkem is an innovative company that creates biofuels and renewable chemicals from waste products by converting non-recyclable municipal solid waste into methanol, ethanol and other widely used chemicals. The company is headquartered in Montreal and has a full-scale commercial facility in Edmonton.

The Edmonton facility started production in 2015 and has the capacity to produce 38 million litres (10 million gallons) of methanol and ethanol per year. Enerkem’s Edmonton plant is a collaboration among the company, the City of Edmonton and Alberta Innovates – Energy and Environment Solutions, making it the world’s first major collaboration between a city and a biofuel producer. Both sides hope this collaborative model will become one other communities adopt so that more sustainable ways of waste management will take place across the globe.

“We are proud that municipalities around the world are looking at the City of Edmonton and the Enerkem facility to see how they, too, can divert waste from landfills while producing clean fuels and chemicals through this innovative technology,” Mayor Don Iveson noted of the collaboration.

Earlier this year, Enerkem received the lowest carbon intensity value ever issued by the British Columbia Ministry of Energy and Mines for its ethanol product under the Renewable and Low Carbon Fuel Requirements Regulation. Enerkem’s waste-based ethanol is -55 gCO2e/MJ while regular gasoline has an intensity of +88 gCO2e/MJ. The recognition by the British Columbia ministry provides a strong opening for entry into that province. Carbon intensity measures GHG emissions emitted when producing and consuming a transportation fuel. The intensity is measured in grams of carbon dioxide equivalent per megajoule of energy (gCO2e/MJ) and includes all aspects of extracting, producing, transporting, and consuming a unit of energy of transportation fuel. Basically, the measure accounts for the full life cycle of the product.

“We are thrilled to be recognized for having the lowest carbon transportation fuel solution ever approved by British Columbia under its Low Carbon Fuel Regulation,” says Vincent Chornet, president and chief executive officer of Enerkem. “This clearly demonstrates that Enerkem’s clean technology and advanced biofuels provide significant greenhouse gas emission reductions. With the worldwide adoption of Renewable and Low Carbon Fuel Standards and the move toward a low carbon global economy, we look forward to working with other jurisdictions in helping them meet their greenhouse gas targets.”

According to the British Columbia Renewable and Low Carbon Fuel Requirements Regulation, fuel suppliers must decrease their average 2010 carbon intensity levels by 10 per cent by 2020.

Enerkem’s technology not only reduces GHG emission; it also saves non-recyclable, non-compostable household waste from winding up in landfills, and the company doesn’t plan to limit their eco-activities to Canada. The company has submitted preliminary plans to Inver Grove Heights (Dakota County, Minnesota) and, if approved, will build the first garbage-to-ethanol plant in America. The American facility, if successful, could handle all of Dakota’s 242,000 annual tons of un-recycled garbage. 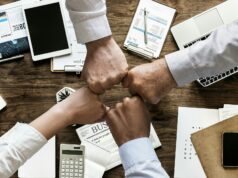 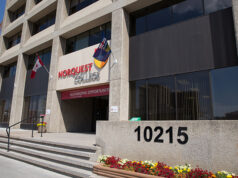 Mike Bacchus Appointed Incoming Chair of Norquest Board of Governors

U of A Rises in Latest QS Global University Rankings