Earlier this year, the United States Department of Commerce (USDC) implemented tariffs of 19 per cent – 24 per cent on lumber from Alberta that is imported into the States. In April of this year, the USDC published a preliminary countervailing duty determination, allowing U.S. Customs and Border Protection to collect cash deposits equivalent to the applicable preliminary countervailing duty rate for softwood lumber products, as determined in the preliminary ruling.

America is Alberta’s largest softwood lumber market; naturally, this decision is not sitting well with Alberta companies involved in the trade. In Alberta, forestry is a mainstay for 70 communities, creates thousands of jobs and is valued at approximately $5 billion.

In response to the dispute, Paul Whittaker, co-chair of the Alberta Softwood Lumber Trade Council (ASLTC), released the following statement:

“We are disappointed that the United States has chosen this course of action. Their accusations are baseless and unfounded. Alberta’s timber pricing practices have repeatedly been found to be fair and competitive by international tribunals. We plan to work closely with the Government of Canada and the Government of Alberta to vigorously challenge these tariffs and fight for Alberta jobs that depend on a healthy, sustainable forest sector. All options, including litigation, are on the table. We expect to be fully vindicated.”

The ASLTC statement also noted that:

“Arguments that US producers make in regard to Alberta’s timber pricing system have consistently been found to be erroneous. They argue that producers in Alberta and other parts of Canada do not pay market rates for timber. This does not take into account many costs, including reforestation, land management, road building, environmental monitoring and site reclamation, that Canadian producers must pay. US producers typically do not do these things or pay for them. Various legal panels, including NAFTA, WTO and others, have upheld Canadian arguments in the past.”

The Government of Alberta backs ASLTC.

“We stand shoulder to shoulder with Alberta’s forest workers, their families and communities that rely on a strong forest industry,” Minister of Agriculture and Forestry Oneil Carlier said in a public media statement. “Our government is working closely with the federal government and our forest industry to defend Alberta jobs and fair market access. Together with affected provinces and Ottawa, we are developing plans to help support Albertans in addressing the possible impacts of a prolonged trade dispute.

“This is the fifth time since 1982 that the U.S. has investigated alleged Canadian lumber subsidies. In each case, international tribunals have ruled in Canada’s favour. We are confident we will prevail again.  We know that Alberta’s forest industry relies significantly on exports. That is why we are actively pursuing new markets outside the U.S. to ensure our products are sold around the world so we can continue diversifying our economy, creating jobs and making life better for Alberta’s forest communities.

“We believe that a new and lasting deal is needed and we want to ensure that any deal supports our forest industry and the workers who support their families in this important industry.”

To monitor this situation as it continues to unfold, visit www.international.gc.ca/controls-controles/softwood-bois_oeuvr. 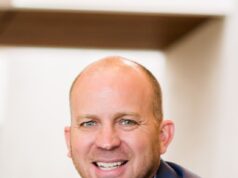 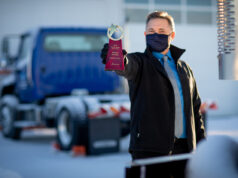