The Alberta Advantage is often attributed to former premier Ralph Klein as a way to describe the low-tax, pro-business climate that built our province’s international reputation. But as governments have come and gone, that branding was dropped from official government documents, speeches and policy discussions. However, this doesn’t mean the vision the term inspires has disappeared from Albertans’ collective consciousness.

It’s time to bring back the Alberta Advantage.

In a recent survey by the Canadian Federation of Independent Business (CFIB), over a thousand business owners shared their perspectives. Without a doubt, the Alberta Advantage messaging still strongly resonates.

When asked, “How do you feel about the provincial government bringing back ‘The Alberta Advantage’ as a way to describe the provincial brand?” two-thirds of respondents felt it was a strong vision for the province and the government should bring it back in both words and policy. One-in-five respondents believe there are elements still relevant, but it needs a major refresh if the government brings it back. Only five per cent indicated it is an old-fashioned way to describe Alberta today and we should move in a new direction.

Over the past decade there have been many attempts at creating business-friendly policies ranging from an official Small Business Strategy under the former Progressive Conservative government to a reduction in the small business corporate tax rate from three to two per cent under the NDP. Nothing is partisan about supporting small business and good policies, and messaging should not be abandoned simply due to changing legislators.

As we begin to enter the fray of the upcoming election, let’s not forget about our huge demographic of hard-working business owners that create jobs and wealth, while contributing in a long list of ways to their local communities. For some reason, little time and attention is usually focused on this key demographic when we head to the ballot box.

Seventy-one per cent of Alberta small business owners don’t think their concerns will receive sufficient attention in the upcoming election campaign. Now is the chance to change that. Thoughtful policy needs to be offered and discussed during this election cycle to kick-start our economy and get business confidence back on track.

Parties that fail to outline a strong small business vision do so at their peril. After all, the lifeblood of local independent entrepreneurs is truly the backbone of our economy.

Let’s bring back the Alberta Advantage in a big way and once again make our business environment the envy of North America.

Amber Ruddy is the director of provincial affairs for the Canadian Federation of Independent Business. She can be reached at amber.ruddy@cfib.ca. Follow her on Twitter @aruddy. 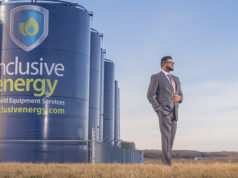 The Face of a Canadian Dream 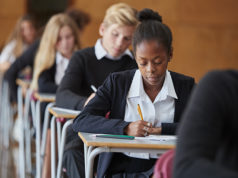