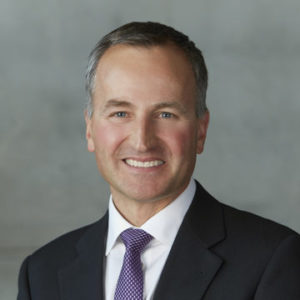 PCL, whose North American headquarters is in Edmonton, Alberta, is a group of independent construction companies that carries out work in Canada, the United States, the Caribbean and Australia. PCL’s group of companies have an annual construction volume of $8.5 billion, which makes PCL the largest contracting organization in Canada, and one of the largest in North America.

In November, PCL group of companies was pleased to announce a leadership transition. Dave Filipchuk has been appointed president and CEO, making him the eighth to hold the role in the company’s 110-year history. Filipchuk comes to this role from his previous position of deputy CEO, and before that, president and COO, Canadian and Australian Operations. He takes over from previous president and CEO, Paul Douglas.

Filipchuk holds a BSc degree in civil engineering from the University of Alberta; he attended the Ivey executive program at the University of Western Ontario, is Gold Seal certified and a member of APEGA and has an impressive 32 years with PCL. He has worked for PCL in both Canada and the United States.

“I am extremely proud and excited to assume the position of president and CEO at PCL,” said Filipchuk. “Guiding a company with such a storied and successful history is an opportunity I look forward to enjoying well into the future. I would like to thank Paul Douglas for his tireless work and dedication in leading PCL for the past seven years, and I congratulate him on an amazing career in construction and on his new role with our company.”

Douglas now moves on to assume the role of chairman with PCL Construction’s board of directors. “Succession planning is all about having the right people in the right place at the right time,” said. Douglas about the change in the company’s leadership. “We take succession seriously at all levels of our organization and make sure an appropriate amount of time is provided for a seamless transition to preserve continuity in our business. Dave Filipchuk has my, and the entire board of directors’, full support in officially becoming the eighth CEO of this great company.”

In a cover interview with Business in Edmonton magazine in 2015, Douglas quoted, “I worked hard and found I moved up quickly in the organizations I worked for. I barely had time to think about it too much because things just kept moving along – but it was beyond my wildest dreams to think that one day I’d be CEO of the largest construction company in Canada!”

Douglas leaves an impressive legacy. During his 31 years with the company, he led PCL to some of its most successful years. Douglas has also received a large number of well-deserved awards and recognitions, including the Canadian Construction Association’s General Contractor Award of Excellence—Robert Saunders Memorial Award. He was inaugurated into the Canadian Design-Build Institute’s College of Fellows, is a proud owner of an Alberta Congress Board’s Distinguished Workplace Leader Award and received one of only 38 Queen Elizabeth II Diamond Jubilee medals. 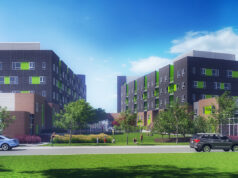 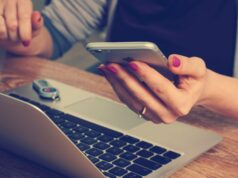 Alberta Blue Cross® Does the Heavy Lifting for Group Businesses