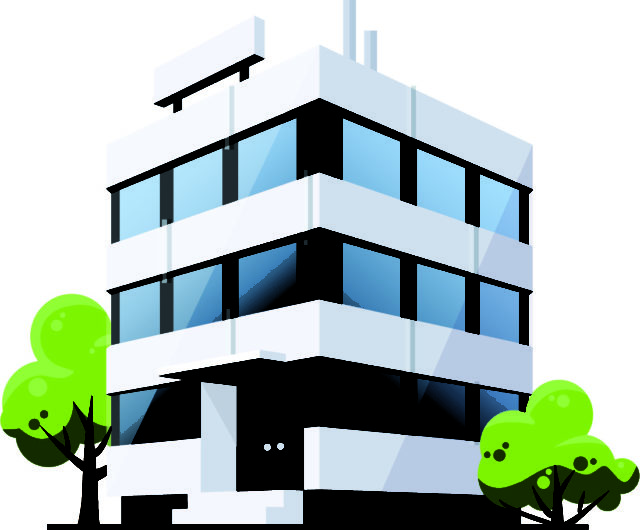 Over the past year, Edmonton Tower and Enbridge Centre opened their doors as the first office buildings in Edmonton’s ICE District. The area, now a beacon for Edmonton’s future, is set to flood the city with millions of square feet of premium office space as the city experiences high, worrisome office vacancy rates. Many industry leaders are wondering if ICE District could end up working against the city and its own goal of centralizing Edmonton in its downtown core.

According to a report released by Avison Young, Edmonton’s office vacancy rate has nearly doubled since last year, from 8.7 per cent in the first quarter of 2016 to 15.1 per cent in the same quarter this year. Granted, the leap includes the opening of Edmonton Tower and Enbridge Centre, which provided the downtown market with a combined total office space of 1.7 million square feet, but Avison Young’s report is quick to point out that these new spaces are already filled. It is not the top-tier buildings opening that will have issues, but rather the offices being vacated that could be the problem, especially as vacancy rates climb to above 20 per cent in the coming years.

“The space available to the market becomes the backfill space, which the new tenants will vacate,” the report says. “This is an important distinction when describing the overall condition of the downtown office market. We feel the downstream impact of the new tower inventory will result in a tiered pricing effect and not in the collapse of the entire downtown office market.”

This tiered effect is already happening. Downtown spaces, especially those on 104th Street, have experienced a steady uptick in rental costs since the arena was first announced. Despite ICE District’s push to bring business downtown, the migration has been slow due, in part, to rising rental prices.

The fact is, 104th Street has seen businesses leave as rent prices steadily go up, sometimes by as much as double, even though vacancy on the street remains a problem. As businesses on 104th Street open and either close or leave, Edmonton’s first coworking space, Unit B Coworking, has stayed. The space, which offers desks and collaborative office space for small-to-medium businesses, is a success story for businesses moving downtown. Jas Panesar and Sam Jenkins, who run their business out of Unit B Coworking, argue that success is in part due to how work itself is changing and will continue to change, something the City needs to address.

“The nature of work itself is changing, in that it is meant to use space much more efficiently. The footprints needed before are no longer needed,” Panesar explains. “We’re seeing that there’s this extra space, but businesses need less. What they do need is community connections and collaborative spaces.”

Jenkins agrees, saying coworking spaces represent a future of working that was started by people working digitally from home, but are now looking for something beneficial from their office space. Unit B specifically offers three things, which Jenkins and Panesar call the coworking triangle: location, amenities of the space itself, and cost. But the intangible benefits, they say, come from occupying the same space as other likeminded business professionals.

“At the centre of the triangle is what we call ‘the community factor.’ Who are the people in the space and how are they creating value together?” Jenkins explains, “This isn’t something you see in traditional real estate. You don’t see neighbours collaborating nearly as much and you don’t see what I call ‘collaborative collisions,’ which you see all the time in coworking spaces.”

Scott Varga, the City of Edmonton’s workspace design lead for Edmonton Tower, says sustainability and stability are key aspects of the City’s own move to ICE District, but the collaborative environment found in coworking spaces also seems to be part of the design. “We take into consideration city building, business functionality, and geographic location to improve service delivery while ensuring real estate costs are stable based on the operation,” he explains. “Environmental sustainability in the leasing world is becoming of increasing importance to us, specifically in the office sector. Edmonton Tower is a strong example, where the building will be certified LEED Gold.”

Mayor Iveson spoke to how Edmonton Tower is changing how the city works already. “This tower’s significance for the City of Edmonton as a municipal corporation is that it is already changing the way we work as an organization,” he said at the official opening of the Tower. “I’ve heard stories of planners bumping into engineers who wouldn’t have bumped into each other before, and were able to solve problems literally over the kitchen counter.”

Part of the challenge of making these modern working spaces for Edmonton is that the city’s population, unlike Calgary, is decentralized, due in part to its industries. Unlike Calgary, which centralized much of its workforce in its downtown core, Edmonton’s businesses still populate the outskirts. President Tegan Martin-Drysdale, of the RedBrick Group of Companies, points to cities like Nisku and Fort Saskatchewan as examples of Edmonton’s sprawling workforce. “We have more people working on the perimeter of the city,” she explains. “We have a different situation [from Calgary] where people don’t have to be downtown.”

Martin-Drysdale says the task in remaking Edmonton will be in moving things downtown, which could be a challenge because of the market conditions ICE District has created. It’s ironic because ICE District was created to bring people downtown. If the city wants to build up instead of out, she says, it needs to diversify what industries it entices to come downtown. “Edmonton could really be benefit from other industries that we don’t normally chase after,” she says. “Edmonton has the right metrics in place to be a real innovator and I would like to see it try to entice other industries into its downtown core.”

Naturally, the low rent costs of office space outside of ICE District will attract many businesses to Edmonton, especially on the perimeter, but this runs counter to ICE District’s attempts to centralize the economy. One solution often touted is repurposing older office buildings for other purposes, especially residential, but this may be unfeasible for two reasons. First, repurposing Edmonton office space on the outskirts only continues the sprawl. Second, many purpose-built office spaces are impossible to renovate into residential, regardless of potential cost.

“I’m all for building up…people should be living close to where they work,” Martin-Drysdale says. “But if someone works in Nisku it doesn’t make sense that they live downtown. We have to, as a region, look at where our jobs are centralized and create mini-centres around those, which could also include our downtown core.”