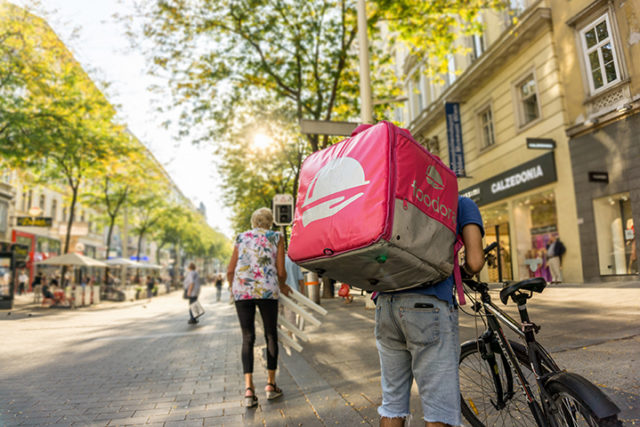 BMO Wealth Management reports 2.18 million Canadians active in the gig economy – and that number continues to rise. Should corporations be worried?

“Corporations may be concerned about their employees participating if the gig is a direct conflict of interest with their position within the corporation. For example, if an employee is currently in an employment contract with a taxi company but they also are engaged as an Uber driver, this may pose conflicts with the corporation’s business as both positions would share the same customer pool,” notes Kimberley Gladden, CPHR, president, Human Power Consulting

“Another potential conflict is if the employee is trying to engage in the gig economy during their regular work hours as a way to double up on income. As we are now in a digital age where the workforce is increasingly mobile, work can potentially be done from anywhere. This opens up the potential for an employee to be paid by two separate employers for the same hours worked.

“However, a corporation could also see potential benefits from their employee being engaged in the gig economy, as the gig could fulfill a desire to chase their passions. This could lead to the employee being more fulfilled and in turn, more engaged in their current role.”

Does a corporation have a right to stop employees from taking gigs? Gladden weighs in.

Gladden continues, “The gig economy has the potential to be both positive and negative to the employee and the corporation depending on the situation. It has the potential to offer a solution for an employee who is financially struggling within the confines of their current employment. It could also allow the employee to engage in activities that are their passions, giving them an outlet to fill what would otherwise be a void. On the flip side, the gig economy has the potential to be a risk to both the employee and the corporation. When an employee is engaging in the gig economy, they may be doing so due to a financial need rather then a desire to do so. This could lead to resentment and employee burnout. Or maybe they just enjoy having a position where they have more flexibility, where they can pick their hours and pre-determine their levels of compensation. We have seen that over the last decade, workplace flexibility has become an important focus of many working people — especially millennials, who are now the nation’s largest generation in the workforce. Knowing this, the gig economy has the potential to take over the corporate businesses if they can not compete to keep their workforce.

Shannon Neighbour is a partner with Svensen Neighbour Recruiting, an Edmonton based recruitment agency focused on the placement of permanent sales, marketing, management, operations and human resources professionals. She is vocal about the role millennials play in the workforce, be that in a corporate or a gig environment.

“Millennials are motivated when they are working in jobs and on projects that they are passionate about,” says Neighbour. “I think when employers question a staff members’ drive or willingness to work as part of the team, they need to reflect a bit deeper and ask: am I challenging this person enough? Have I given them specific feedback? Does this employee know how they fit in to the big picture? Do I understand what motivates this person beyond compensation?

“Millennials have a great need to contribute to organizations in a significant way and if they aren’t getting that, they can become disengaged. Years ago, a lot of emphasis was put on an employee being employed with the same company long-term (in some cases for their entire career) and we would see folks working for bosses they didn’t feel aligned with, for companies that didn’t treat employees well and being generally unhappy in their job. Now, tenure and longevity are no longer benchmarks.”

Neighbour doesn’t see the gig economy as exclusive to millennials – and in many ways, as more of an economy resulting from corporate conduct.

“The term ‘gig economy’ was coined in 2009 at the height of the financial crisis when people could not find jobs. To make ends meet people started to get creative in their approach and they would work contract or part-time positions. I don’t think this was a ‘millennial thing’ as much as it was a sign of the economic climate. When an economy is tough, and it’s an employer’s market, who gets hired? More tenured, skilled candidates. Who doesn’t get jobs? Younger individuals who haven’t had the opportunity to develop a tenured professional career yet. Many millennials grew up having to work on more contract-based assignments because the long-term full-time roles were less available. As a product of this, I believe some people found their niche here realizing that there was an opportunity to work gigs and satisfy their desire to work on a variety of projects, meet new people and be exposed to different environments. This also allows flexibility, which is key to many employees these days – not just millennials.”

“Some employers compensate well, and some do not. I think anyone who was in a job where they were underpaid would be looking for something new and now more than ever, employers are sensitive to the fact that to hire and retain good people you must pay what they are worth and what the market dictates. I think in certain cases gigs are great and can add value to an organization and enrich an individual, and I don’t know of any employers who wouldn’t be okay with their employee having a gig as long as it didn’t interfere with the job requirements or it wasn’t a conflict of interest in some way.”

Chris Blasko, P. Eng., was an instrumental and control engineer in what used to be a very prominent Alberta-based company. After eight years and eight months to the day, he formed a mutually agreed upon exit strategy and said goodbye to fulltime employment. Times, and the company, had changed. The writing was on the wall and the employee pool at his workplace was shrinking fast. Blasko, wanting more control over his future, wasn’t phased by leaving. In fact, he welcomed it.”

“Well, I’m new to this option,” he says about having the ability to work gigs in consulting or freelance. “Without some kind of safety net, I’d be much more concerned about the financial viability of part time or casual work and the likelihood of pay gaps. The upside of my current situation is the ability to choose work that I find more interesting without the burden of heavy corporate overhead. Only time will tell if this is a viable option for the next portion of my career.”

He describes how he feels about having gigs as a full-time option.

“There is a place for all things in the gig economy, for the right person.  Where one person could learn valuable skills and make important contacts, another might flounder due to the lack of structure and supports.  That being said, my experience has always been that a certain flexibility of outlook will provide opportunities that might otherwise be missed.”

It is clear that there are many benefits for workers to engage full- or part-time in the gig economy, but there are clear benefits for corporations too, as Gladden explains.

“Outsourcing can be a great way for a corporation to have work completed with little to no risk. As many outsourcing opportunities come in the form of contractors, the corporation can take on this agreement without having to make considerations that they would have otherwise had to make in an employee/employer relationship.   The contractor would not be eligible for things like vacation pay, stat holiday pay, sick time, nor would they get any health/dental insurance, pension or Employment Insurance arranged or supported by the corporation. The corporation would also not have to carry any overhead costs associated with the contractor, like an office space, equipment or insurance. For these reasons may corporations turn to outsourcing gigs. Of course, a contractor will often charge an increased rate to make up for these costs and personal liabilities. The corporation would need to decide if the work they are looking at outsourcing is worth the financial impact to their business needs.

For the many workers and companies in Alberta, the rise of the gig economy means a lot more control over business costs, and or over one’s career and personal/family time. According to Blasko, who has experienced the working world’s paradigm shift firsthand, the future of employment rests in the ability of both employees and employers embracing the change.

“Full time employment has been the norm at my place of work, but I have seen the value of a degree being degraded,” Blasko concludes. “Getting a degree and a basic level of competency used to generally mean a bright future.  In our current market with constant downward pressure on costs, the value of a degree seems to be being reduced as less expensive options are always being considered – like outsourcing and automation.  I would encourage any student to carefully consider the longevity of their chosen career with those factors in mind and consider how flexible and adaptable to changes in business practices and technology their field is.  Regardless of what is chosen, I would suggest that continued learning and adaptability be built into any long-term plan.”