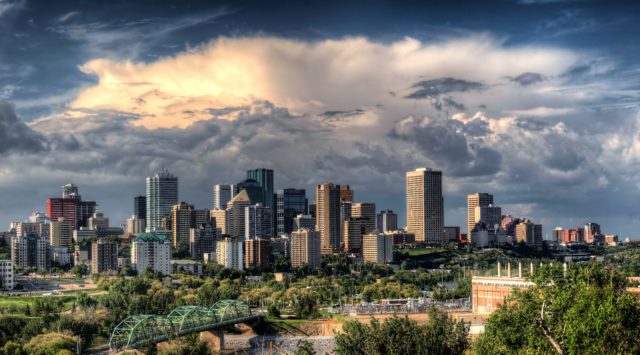 ICE District is now in full swing. Many of the larger towers are not only defining a new skyline, but also filling with their new tenants. It’s big news for a city’s commercial real estate sector that has had a tough few years, but it’s also big news for many of the city’s more high-profile neighbourhoods.

As major companies move to Edmonton and downtown specifically, they bring with them employees looking to find the right place to build their lives. Their presence alone has had an effect on Edmonton’s commercial real estate, which is experiencing its highest office demand since 2012, with three straight years of positive absorption.

“We’ve definitely seen an uptick in the overall office market in the last year,” says Mark Anderson, associate vice president of leasing and sales at CBRE. “There’s been three new buildings built downtown and big tenants move into those buildings.”

Of those big tenants, one sector has dominated the high-profile moves: Bioware, Improbable, Jobber and Granify are all moving downtown; and they are all tech companies.

“Tech has definitely been the most exciting and active sector moving downtown,” says Anderson. “They see downtown as a move to the right place to do business, but they also see it as the right culture fit for their employees.”

It is this culture fit that is leading to a rare migration in Edmonton’s history: one back downtown. The city’s sprawl, previously due in part to the downtown airport limiting building heights, has seen Edmonton grow into one of the country’s largest major cities by footprint. Density has been a major issue for the city and one that is starting to be reversed by people moving back into the city itself instead of heading to the suburbs.

So why are tech companies choosing Edmonton? According to Anderson, it has everything to do with the city’s talent. “People speculate when big companies show up as to why they came but in our experience with these companies, they’re looking for two major things: the right talent and retaining them,” he says. “Edmonton and the University of Alberta are world leaders in computing science. We used to have a major brain drain but now people are staying. Tech companies want to tap into that talent so they’re coming here.”

ICE District may have brought businesses downtown, but neighbourhoods like the Brewery District and 124th Street are carving out solid identities too. For 124th Street, the area has once again become home to a thriving restaurant and arts scene. As for the Brewery District, it has filled with restaurants, shops, new developments and, yes, some locally-brewed beers, all of which are attracting people.

“The city as a whole has benefitted from ICE District and the Brewery District because they aren’t simply districts, they’re destinations,” says Renée Williams, director of international market development for the City of Edmonton. “They are offering experiences and vibrancy, all of which help us sell Edmonton when we go to regional and international markets.”

As more people come to and stay in Edmonton, they will be looking for neighbourhoods and areas that match what they want from a local community. Such residential interest will help many neighbourhoods carve out their own niche and refine identities they have long been developing.

“Really so many areas in Edmonton are benefitting from residential development and increased residential density,” says Dave Young, managing director at CRBE. “You look at places like 124th Street and even downtown, areas that used to empty after 5 pm. Now, people are living there, which makes the hospitality sector thrive, which influences the commercial market.”

Young points to another area that has seen a major upswing in development and, consequently, an uptick in people and businesses: Whyte Avenue. “We are seeing lots of lots of residential development in that area, not the big buildings that you are seeing downtown but lots of condos,” he says. “You are seeing people, really, and it has become the entertainment strip in Edmonton. It has found its niche and there’s really no other street like it in the city.”

For Williams, looking at what visitors want helps the city discover what will make it thrive in the future, which is why she works closely with other divisions at City Hall. “Something that we really benefit from here is that Explore Edmonton has a seat at the table for planning and events,” she explains. “They are building things for residents, of course, but thinking about the visitor helps them consider what else to build and other perspectives of people using these spaces. Leaders throughout the city, whether that’s city administrators or business leaders and entrepreneurs, they understand the need to evolve. That’s what’s going to keep Edmonton competitive and has all these years.”

Looking at this process in action, Williams points to two examples on either side of the river. “I look at 124th Street and Old Strathcona, each of which is instrumental in the story and history of our city. I look at these little pockets within, and those destinations come with your restaurants, your shops and your programming,” she says. “Someone can stay in a hotel on Whyte Ave. and spend three or four days really exploring that area. The same for 124th Street. Each place like that gives us more products to sell in the city and a greater range of things for people to do while they’re here.”

With these migrations, Alberta’s capital is also seeing major residential development that solidifies and creates new niches and identities in its neighbourhoods. For every major company looking for the right talent to make their business stronger, a new type of consumer stays in the city and hunts for a place to call home. That search leads to higher density in many of the city’s major districts, in turn changing them into destinations. From the galleries and restaurants of 124th Street to the entertainment and local shops of Whyte Ave., places around Edmonton are seeing new levels of popularity, and will surely see more changes in the future. 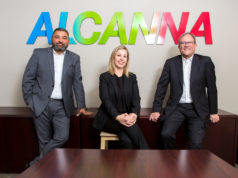 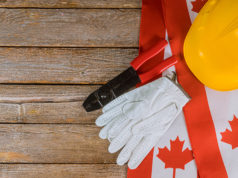