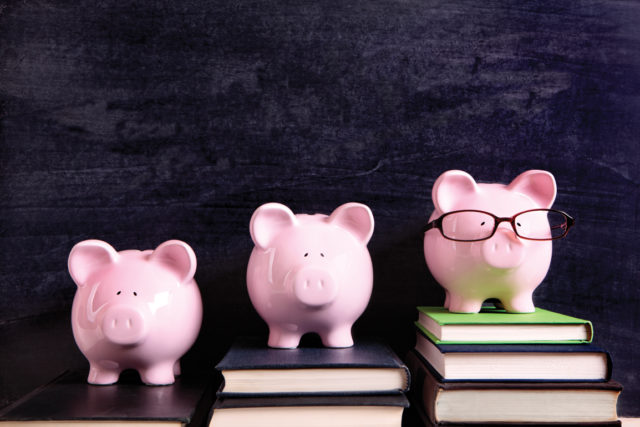 Anyone who has managed a business knows that it requires a lot of commitment. You spend the majority of your time there, are involved in every decision—including the difficult ones—and are directly responsible for the business’s success. However, when it comes to owning a business, especially a family business, the personal stakes are even higher. Not only does your family’s welfare and prosperity depend on the decisions you make, but so much of your family’s identity and pride is also intertwined in your business. When generations of a family come together to make their living and their mark, it’s a special thing. The business becomes a point of connection, a means of a bonding, a source of contention at times, and a tie that binds.

So, when it comes time for ownership of the business to be passed down to the next generation, it can be a tricky thing to navigate. It’s not a transaction, but a process where pride and respect are as important as the numbers involved. Unfortunately, the process doesn’t always go as planned. It can be riddled with disagreements and misunderstandings. How do you ensure your business’ transition is a smooth one?

According to Lynne Fisher, a senior manager and succession planning specialist at MNP LLP, some of the biggest reasons succession goes wrong are lack of planning, dividing shares equally among children even when it doesn’t make sense for the business, and a reluctance on the part of the current owner to relinquish control.

“I can think of a few cases I’ve worked on that stand out as being particularly challenging, and one of the things they have in common is that the founder has been reluctant to let go,” says Fisher. “At some point the founder needs to make the decision that they do want to leave the business in good hands and they want to go through the succession planning process.” The need to let go isn’t just about accepting a new season in life. There are practical reasons to hand down the business in a timely manner, one of which is retention.

“Sometimes what happens is that the owner doesn’t want to let go of the business, they don’t want to let go of control, and one of the results of that is that they lose good people,” says Fisher. “I’m working with a family right now where we know that the son is about to leave the family business because his dad is still the majority shareholder. He doesn’t want to give up controlling interest of the shares, he continues to be involved in the business and he won’t let his son lead, even though his son is ready and prepared to lead.”

It’s only natural that a business owner—especially a founding owner—would have difficulty stepping away from a business that they’ve poured their whole life into. But according to Fisher, stepping aside doesn’t have to mean walking away completely. “In most family business transitions, the best thing for the founder to do is not necessarily leave the business entirely, but their role should shift,” she says. “Their role needs to shift from being the person in charge, to now being a mentor to the family members coming in, to being an ambassador for the business. Often family businesses set up boards of directors’ part of the transition planning and they have the founder on the board because the founder’s knowledge and experience needs to be retained in the business. So when a good transition plan is done, it doesn’t necessarily involve kicking mom or dad out of the business. It does involve revisiting their role, shifting their role, realigning it and allowing the next generation to be supported in leadership by the founding generation.”

That advice is echoed by Daniel Iaccino. Though he now has a leadership role in his family’s business, Celico Builders, his father maintains oversight as his son grows into his role. “A few years ago we had set up a partnership that ended up falling apart. We ended up in a very difficult position and my father needed a break to recover,” he explains “I took initiative and stepped up to look after things in his absence. Since then I’ve just kept at it. Now the company is mainly run by me but with my father overseeing.”

Of course, transitioning leadership or ownership of a business to the next generation doesn’t always go smoothly. Another common trouble area in succession planning is trying to split shares equally among children, even when it doesn’t make sense.

It’s important for the children of business owners to realize that a share in the business can’t be thought of as a gift or entitlement. You’re not only inheriting the business’s profits; you’re inheriting the work that comes with that. “Don’t let anyone fool you; owning a company doesn’t mean you can do whatever you want whenever you want,” advises Iaccino. “Having your own company really puts a strain on your family, friends, and yourself. In some ways, it’s more restricting than working for someone else. It’s long days, late nights, and very little holidays.”

With that being said, denying your child an ownership share of your business can be hard. It’s a very different situation from failing to promote an unrelated employee or deciding not to hire a CEO candidate. It is, of course, much more personal and can affect the family dynamic for years to come. So Fisher recommends compensating in other ways. “What you can do is equalize things through other parts of a family’s estate,” she says. “So some families say ‘well, Joe is going to take over the business because he’s involved, he’s interested, and we’ve asked him. The other two children are not involved or interested in the business, so we’re going to equalize things by leaving the lake lot to child number two and cash to child number three.’ Or they’ll do other things to make it equal among the three and ensure that the business is well taken care of, because the worst thing that can happen is two shareholders who are not involved in the business making decisions about the business.”

The risk of a succession disaster shouldn’t deter you from keeping your business in the family. Instead, let it motivate you to create a robust plan built on wise business decisions and good communication with your family. According to Iaccino, there should always be a plan in place for a potential transition. “The best possible advice is to always be prepared, because you never know when life will throw you a curve ball,” he says. “You might be pushed to make a decision that will determine the outcome of your company, so always think ahead. Forethought and planning are an essential part of running a company.”

“A good succession plan has to address the soft issues and the technical issues, says Fisher. “Legal issues, accounting issues and tax issues, what value will be transitioned—those are the technical, hard pieces. But there’s also the soft side of succession planning: making sure there’s rich communication between family members, the right questions are asked, that people are treated fairly, that there’s clarity around timing and expectation and involvement. When all of those pieces are working together, you have a good succession plan.”