True to form, Alberta was the first province to release a post-pandemic economic recovery plan. Every step of the way through the COVID-19 health crisis, the Alberta government has been quick and nimble in their response, never trailing and often leading other provinces and other levels of government. Whether you are a UCP fan or not, you have to hand it to them – they aren’t slackers.

The fact that the province didn’t drag their feet in releasing a recovery plan is important to Edmonton’s business community because they need to know, sooner rather than later, what tools may be at their disposal to help them emerge from the pandemic slowdown with strength. Most manufacturers were able to continue operating throughout the pandemic. The challenge is, the economy-wide slowdown means lower sales, tighter margins and unsteady supply chains.

Businesses need to understand what might be out there to help them compete, and there are some options in Alberta’s Recovery Plan. The most immediate impact is the rollout of (according to the province) the largest public infrastructure build in Alberta’s history. The $10 billion spend on roads, bridges, overpasses and hospitals is a typical counter-cyclical stimulus spend aimed at keeping cash circulating in the economy and construction workers busy.

Another big piece is the acceleration of the cut in corporate income taxes to 8 per cent on July 1. The original plan was to see an 8 per cent corporate income tax rate three years from now, instead businesses get it now. Make no mistake – this is the most ambitious economic reform undertaken by any government in Canada. Ignore the doubters – a very low corporate tax rate helps attract investment, circulates more money in the economy and will create jobs. It will just take time.

But for Edmonton-area manufacturers, the biggest boost in the plan is a new incentive program for petrochemical investment. Details will be ironed out, but the province has announced a grant-based incentive program to replace the already successful Petrochemical Diversification Program implemented by the previous government. This program could help unlock billions in investment in the petrochemical sector – particularly in the Fort Saskatchewan area.

The pool of North American petrochemical investment is massive – some $250 billion will be invested in the US alone. Historically, Canada has received an average of 10 per cent of that, but over the last five years Canada has captured just 2 per cent.

Competing jurisdictions like the US Gulf Coast and the Persian Gulf have been winning the petrochemical infrastructure investment with massive incentives. Pennsylvania offered Shell $1.65 billion in tax credits to build a world-scale ethane cracker. Louisiana offered $1 billion in incentives to Sasol for development of an ethane cracker in that state. All in, US government supports account for 10-15 per cent of project capital costs. We simply must level the playing field in order to attract that investment. 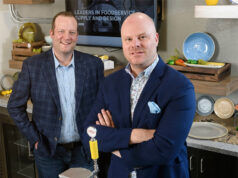 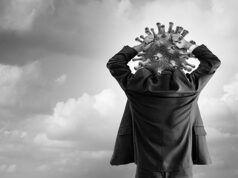 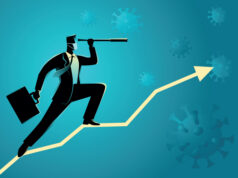 Settle in or Full Speed Ahead? How Businesses are Planning for an Uncertain Future

Settle in or Full Speed Ahead? How Businesses are Planning for...