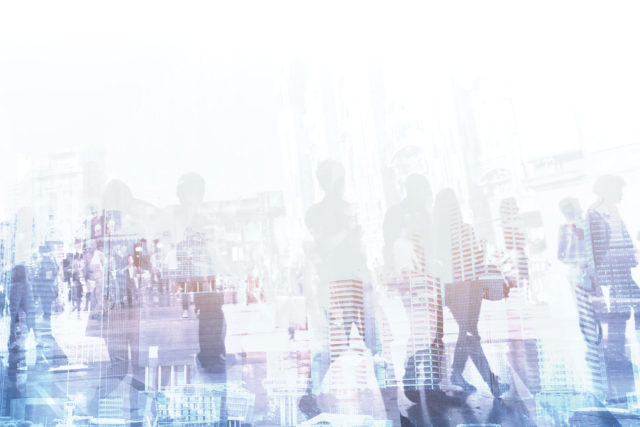 Edmonton’s economy has finally started to stir, and that means businesses and employees alike are breathing a sigh of relief—but did the recession (and its widespread job losses) leave Edmonton’s industries even more vulnerable by driving away its talent?

“The recession caused significant layoffs at every level,” says Marcie Kiziak, vice chair of the Human Resources Institute of Alberta (HRIA), and vice president of people and safety for Magnum Energy Services. “Usually you see certain layers that are impacted by recessions, but with the recent recession, we’ve seen impacts on every level—jobs that are there one day and the next not, canceled or delayed work; some of our bigger clients are even on staggered schedules.”

“Things are starting to pick up again,” she notes, “but it’s industry specific. Certain industries, like Magnum, are quite busy, but others are not. Hopefully we will start to see more full-cycle activity. There have been more postings. LinkedIn and Indeed, for instance, show quite a bit of activity for businesses who are looking to hire people back, which should give us all some hope that crews are starting to man up.”

Overall, the employment forecast for Edmonton and Alberta is optimistic.

“The Alberta Confidence Index shows that, from January to July 2017, 67 per cent of organizations feel confident they can find the right people to fill their employment needs, and 31 per cent expect to hire more employees,” Kiziak explains.

In other words, employers, for the most part, aren’t concerned about a shortage of skilled laborers—despite the fact that many workers had to move out of Edmonton during the recession to find work.

“It depends on the skill,” Kiziak adds. “Those in trades that are flexible moved into different industries, and lots went back to their respective provinces, but those without that nimbleness are still around.”

There is still a little worry about finding the right people when the jobs do start to become available, Kiziak says, “What is interesting is that, when we post for skilled laborers, we get a lot of resumes—and from everywhere—but resumes for professional or administration are limited, and we are getting few qualified resumes, which is hugely unexpected.”

“It also depends how layoffs were handled by the companies,” Kiziak adds, pointing out that “It’s more important to keep in touch with the former workforce than to find new laborers.” That said, it may be tough to get people back if they took the recession as an opportunity to diversify their industries. “A lot of people are cyclical and are in the field a lot of the time. If they were going to make a change in the industry they are in, this is the time they do it.”

Ultimately, challenges hiring workers back and an economy that is saturated with employment opportunities may mean good things for the workplace, Kiziak says, “There is always talk about employers creating good cultural environments, safe working environments, etc. This is going to force employers to sharpen their game, especially in cyclical businesses that want employees to keep coming back. It’s going to force employers to be better and safer, and that’s a really good thing.”

That isn’t the only change that could come out of the recovery from this past recession.

“Things look different going forward,” observes Kiziak. “We’ve realized that things can change—that they are cyclical—and we have the lessons we’ve learned over the past couple years to inform us that we need to be more mindful going forward so we can ensure sustainable business.”

“Work slowed significantly,” Feigel continues, adding that the recession forced “cost cuts and other changes that included downsizing staff by about a third. Fortunately, we were able to avoid lowering wages or benefits for existing staff.

“The economic slowdown this time around was not just due to low oil prices. Increasing global competition as well as the change of our provincial and federal governments are also contributing factors. Too much change too quickly can be damaging.

“Downturns are difficult for businesses and staff, but they can bring some positives. It has been easier to find skilled employees; and staff tend to be more engaged, appreciative, and productive. Having to run leaner and trying to increase cash flow to survive has spurred innovation, consolidation, and collaboration. It’s led to exploring further diversification and automation, increasing capabilities, ramping up research and development, and improving our products and services.”

Now those business investments may be getting the chance to prove their benefit.

“Industry confidence is slowly returning and, thankfully, there is a more positive tone,” says a relieved Feigel. “Oil prices have nearly doubled from their low in 2015, so we are starting to see some improvement; however, we feel this will be a slow recovery. If I can describe it another way, it’s like we are now finally off life support and out of intensive care, yet not fully out of danger. We are still facing a long, difficult recovery.”

For the time being, skilled laborer shortages are low on Feigel’s list of worries, although he does note that, “It’s likely some skilled workers have moved on or retired. Eventually, we could be faced with skills shortages if there is a significant and prolonged increase in work.”

“Currently,” Feigel says, “we don’t see another boom happening any time soon. More companies are competing for fewer projects/work, and that squeezes margins, so we need to continue operating with reduced overhead costs and be creative doing more with less staff.

“Considering how deep and prolonged this downturn was, it could take many years for the industry to get back to where it was before this recession. Hopefully I’m wrong and it will be quicker!” he laughs, pointing out that there are specific things that can help. “Our government needs to nurture a business-friendly environment that supports all industries, one that does not make quick or drastic changes and one that keeps taxes low. This approach has been proven to create stability, instill confidence, and spur investment, and that creates more jobs and more positive economic growth over the long term.

“Industry diversification and being environmentally conscious are both important considerations for Alberta and Canada’s future economy and for the next generations; however, it needs to be implemented carefully to minimize economic difficulty and offer a realistic and profitable long-term outlook that doesn’t rely on government subsidies.”

He concludes, “Our natural resource wealth should be utilized on a parallel platform, creating long-term diversification and sustainability without slowing growth or causing economic hardship.”