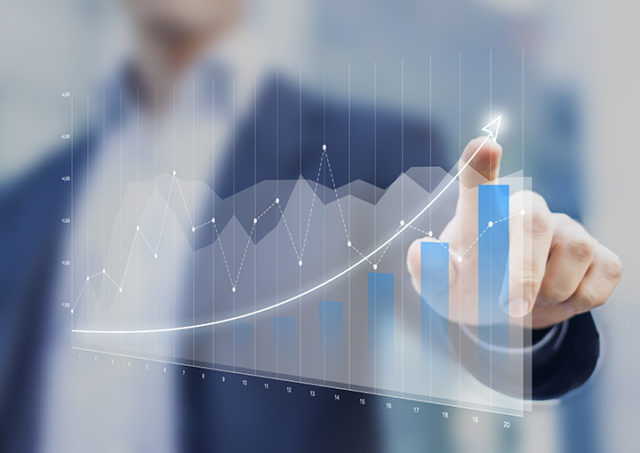 Woody Allen famously quipped that he didn’t want to achieve immortality through his work, but rather through not dying. Such words speak volumes not only to human beings’ innate fear of death, but also to many business owners’ natural aversion to thinking about their businesses’ future beyond their own stewardship. Las Vegas casino magnate Sheldon Adelson famously dismissed the need for succession planning, citing his alertness and vibrancy and saying that he had “no plans to retire” despite being in his mid-eighties.

Such attitudes toward succession planning are, sadly, deeply prevalent among business owners of all scales, and much to their own detriment.

“In my line of work, I deal with type-A personalities who have a very hard time thinking about when they’re not in charge anymore,” says Guy Miki, business lawyer and partner at Brownlee LLP in Edmonton, who specializes in succession planning. “For many people the reality that they won’t always be able to remain in charge is very difficult to confront.”

Succession planning is a major consideration for large and small businesses alike, although the ramifications thereof differ depending on the size and scale of the business in question. For large organizations, succession planning is an invaluable tool for retaining human resources and reducing the cost of recruiting new talent by ensuring that the right individuals are in the right place at the right time and ensuring the timely transfer of knowledge. Such considerations are also at stake for smaller businesses, but the stakes are likely to be much higher when the survival of a business from one generation of leadership to another hangs in the balance. Sadly, it is often these businesses that fail to plan for the inevitable changing of the guard, as they invariable do not have the internal human resource management required the do the work.

As of mid-2015, Canadians over 65 outnumbered those aged 15 and younger. In Alberta, a relatively young province by national standards, nearly 12 per cent of the population was over the age of 65 as of 2016, with this demographic representing a disproportionate number of business owners. Such statistics pose obvious economic consequences, while also highlighting the clear need for succession planning on the part of businesses of all sizes, despite the Baby Boomer generation’s famous aversion to the idea of retirement. The need for succession planning is especially pronounced among smaller businesses, wherein the loss of a single individual can lead to disastrous consequences. Such businesses are often the most averse to engaging in the process of succession planning.

“We’ve been hammering on the need for succession planning for over 20 years,” says Miki.

“It’s really sad when we see people coming to us saying you were right about what you were telling us 15 years ago.”

Hussein Poonjani, a chartered professional accountant, business valuator, and managing director of transactions for Northern Alberta at Grant Thornton, has for the past 10 years, been helping Alberta business owners ensure the survival of their companies from one generation of leadership to the next. Such succession planning encompasses both leadership transitions and, in many cases, the sale of either the entire business or parts of it.

Like Miki, Poonjani asserts that business owners are very often not proactive enough in their succession planning, failing to take into account the timelines and complexities involved.

“Most business sales take anywhere between six and 24 months to complete,” he explains.

“If the business is not a well-oiled machine, it can be extremely difficult for owners to extricate themselves from it, and it becomes a very painful process. Above all, it’s absolutely vital that owners figure out what their business is worth, and whether or not things are in place for them to get out.”

The valuation process is, Poonjani asserts, the essential first step of any sort of business succession planning, as it determines what options an owner has. Elements of the valuation process include determining the uniqueness of its product and/or market position, as well as the value of its key contracts with clients, suppliers, and so on. Other considerations include whether the company requires a degree of discretion in order to sell the business as opposed to a public listing, as well as its internal structure—the presence of a second tier of management or lack thereof.

“The worst nightmare for an owner looking to divest themselves of their business is deciding to sell their company, but nobody wants to buy it,” he says. “If they are ahead of the game in terms of valuation and can take corrective actions ahead of time, they can overcome these problems.”

Oftentimes Poonjani’s work involves a modicum of tough love in the form of disabusing business owners of their own romantic notions about their own succession. Such is often the case with family businesses, wherein owners’ best-laid plans for familial succession prove unrealistic, or in fact, undesirable.

“In many cases you see clients not getting the advice they really need because advisors aren’t willing to challenge them on some very deep-seated assumptions,” he says.

“You’ll get business owners who have operated for decades under the assumption that their children would take over a business, and in many cases the kids are either uninterested in the business or wholly unsuited to running it, in which case I counsel clients that they’re better off selling.” Miki adds that such discussions can often become downright thorny and traumatic for owners. “Family dynamics and cultural influences can have a strong effect on this process, and for many people the realities are very difficult to face. Sometimes we even have to hire counsellors to be involved in this process.”

While succession planning remains off the radar for many business people, Poonjani asserts that the economic turbulence that has beset Alberta over the past decade has served as a wakeup call to many of the province’s entrepreneurs of the need to plan for the long run.

“What we found in the 2009-2010 downturn is that owners were completely discounting the need for succession planning and just carrying on with the status quo,” he says.

“This current downturn feels very different. The main difference, I think, is that the current generation of owners are in their mid-sixties are telling me that they don’t have another business cycle left in them. A few years ago, before the downturn, we were in a position where we were able to increase businesses’ purchase values by 30 per cent prior to sale, but in the current economic climate, that’s not likely to be realistic. Especially in difficult times, it’s absolutely vital that owners get on it early.”

In such uncertain times, succession planning is more essential than ever.