Christenson Group of Companies is a thriving community development firm that is best known for creating active adult living and engaging seniors’ communities, but did you know the roots of the company stretch back to the late 40s? Or that, at one point, company President Greg Christenson was down to just one employee during one of Alberta’s worst recessions? The story of the company, and of Peter Dirksen and Greg, the two men behind it, grew from a cycle of what Greg calls “boom, bust and pure survival.” Today, the Christenson Group of Companies can serve in any type of economy, thanks to the foresight, dedication and the drive of the people behind the company’s name.

“It started as a family business,” starts Greg. “My father, Lloyd, was building homes with his father, Andrew, in the late 40s and 50s in Camrose. In Edmonton, he was most active in the 60s, building custom homes on the south side. “We grew up in Grandview Heights, close to the University of Alberta (U of A) and across from the U of A farm. It’s part of our family DNA – the south side of Edmonton.

“I went to U of A and got a Civil Engineering degree, then went on to become an estimator at a small commercial firm. That part of my life was about personal growth and fun. At that time I was also playing and managing lacrosse teams. In the 80s, I got fired! Perhaps I spent too much time on lacrosse!”

He chuckles before continuing. “Then I ran a little design service called Arcon within my father’s company. Arcon Design Services Ltd. still exists. Then father retired and my uncle Ron moved on to start his own business. Father suggested I help run his company. I was young, about 25.”

He was young, but also bright, talented and eager. Greg stepped into the role and started building rental apartment blocks in Edmonton, Whitecourt and Edson.

“The financial crash,” Greg shakes his head. “Interest rates of 22 per cent and the National Energy Program that just crushed the oil industry. The world oil prices fell to about $10/barrel not long after that. It was three hits for us in a row. I had been building for seven years – we went from 600 apartment builds a year to zero. By 1985, we were down to one employee, Brenda Mackin.”

At this point, most businesses would have – and did – fold, but Greg simply shifted gears. “We went into property and receivership management, working with lenders on apartments, small office buildings and strip malls that were being foreclosed on.” In that economic climate, there was no shortage of foreclosures.

“It was then,” Greg muses, “That the name of the company, Christenson Developments (CDL) started. At the time of it being my father’s company, it was Christenson Contractors, then Chris-Con Builder, but they weren’t well known by the public. I enacted the company to do property management for access to capital and investors so that, when the market came back, we could start over again.”

It was a bold and very insightful move, but it wasn’t an easy one.

“We worked with real estate syndicates,” Greg explains. “Eastern Canadian investors bought up apartment blocks in distress and repurposed them, but nobody in Alberta wanted to buy anything – there was no confidence in our province’s economy.”

However, it was also during this time that Greg and his fledgling company built important and long-lasting relationships with banks, trust companies, and a diverse array of investors. Now-household names like Rohit Group of Companies, Landmark Homes, and Cameron Developments met and worked alongside Christenson. By the time the economy was on the upswing, Greg had about 12 steady clients buying apartment buildings.

It was also during this time that he met and partnered with Peter Dirksen, of Can-Der Developments (Christine Dirksen owns Haven Properties).

Described as the behind-the-scenes partner for his humility, Peter was, and remains, a very important part of Christenson Group of Companies, and is instrumental in the growth, development and future of the company. Greg recruited Peter, a successful apartment builder in his own right, into the Edmonton Home Builders Association, and the two men quickly found themselves on a trip to Ottawa and Toronto to meet with property investors.

“Over that trip, we formulated the idea of a development company,” smiles Greg. “We quickly created a joint venture, which soon become a partnership.”

With the first economic crash fading into the background, the company began to grow rapidly. Beaumaris Lake Estates was built and successfully marketed to investors in 1990/1991. The Gainers Meat Packing plant was transformed into the thriving community of Creekside in the late 90s, and Railtown boomed in 1998. In recent years, Christenson has also built urban villages in St. Albert, Sherwood Park and (currently) in Spruce Grove. Can-Der Construction Ltd. has buildings owned by both Peter and Greg.

It’s easy to see the difference in a Christenson development. A focus on complete communities transforms the way residents think about where they live, work and play.

“Complete communities have housing for families, seniors, workers, and singles,” Greg points out. “It’s not just single family housing. The idea is to allow residents to retire in their own community. These are walkable neighbourhood-style developments with amenities. Post-war, Edmonton had a baby boom. I myself am a Boomer. Peter and I patterned the business around that and created growth in seniors’ areas. By creating products that target the boomers, you help them while you help their parents. You cater to two generations, along with helping the people (nurses, cooks, support workers, etc.) that work with them.”

By having active adult and senior housing in the same community as mixed-use commercial and residential, you have seniors that are able to comfortably stay near their adult children and grandchildren, and employees in the commercial businesses that are just steps away from their work. The entire community celebrates a rich diversity of age, culture and skill sets. Everyone lives, works and plays together, learns from each other and helps each other.

“There is a very strategic approach in all aspects of these complete communities,” admits Greg.

Greg is a big-picture kind of guy, and he has an almost eerie knack for anticipating and understanding where the markets, trends and demographics are headed – years in advance. From jumping from building apartments in a boom to being on the forefront of receivership management in the bust, and from building communities where the population could age in place long before the push to build affordable seniors housing was fashionable, the developer’s gift of foresight extends from the construction site to the boardroom to politics. Yes – politics.

“Early on, I made a decision to be a more political style of developer,” says Greg. “Many builders are quite reclusive and don’t seek out a profile in politics, but industry associations, including CHBA and the Chamber of Commerce, help you build relationships with the mayor and other political characters. We are familiar with all of the mayors, councillors and city managers in the Capital Region, and being based in Edmonton gives us access to the provincial government. Building codes, condo committees, affordable housing – we’ve been involved in all of the regulatory aspects, and we’ve been proactive in trying to influence them.

Greg and the Christenson Group of Companies have been active with the Canadian Home Builder’s Association (CHBA) for more than three decades. He’s proud to have chaired virtually every CHBA committee; acted as the president for the Edmonton, Alberta and Canada chapters; and to have won CHBA’s Builder of the Year award eight times, and an Award of Excellence. Greg would go on to create an urban council to share best practices and ideas with builders across Canada.

“Edmonton, and Alberta,” he says, “are very resourced-based and prone to booms and busts. “One of the reasons why I got into the political side of things was to see the light at the end of the tunnel. I was seeking out something that was more sustainable, and I was driven to create a more stable business environment. You could follow the drilling rigs or go where the industry is hot, but we decided to fertilize our own lawn instead of buying someone else’s green grass. Peter and I didn’t get excited about the housing markets in Toronto or Vancouver. We know the local market. Edmonton is a great community. Why wouldn’t we work here and be experts in our own community?”

How does he feel about his long, varied, flexible career and his Group of Companies? “I feel good about it!” Greg smiles. “I think [I’m doing] the right things for the business and the community. The behind-the-scenes strategy and planning that goes on – we’ve approached it analytically and scientifically. Looking back it was an ongoing evolution. It allows us to be more about partnerships, community, charity, and to be less selfish. I think we’ve all done a good job in Edmonton, collectively, in keeping things affordable. Edmonton has the lowest development fees in Canada, and CHBA and the Chamber has helped to influence this.”

That’s not to say that the road to where he is now was an easy one on the business or personal front, and Greg is the first to admit this.

“In university, I started young, and I did nothing but socialize. It took seven years for me to get a basic degree. Then, after getting fired from my first job, I became a workaholic. One day, while eating breakfast out, I ran into my father. He said he wasn’t that smart, but he worked hard. I applied that to my career. Two years later, I had another conversation with him and he said, ‘anyone can be successful if they work 80 hours a week!’ So that made me think about work life balance. If you work 22 hours a day, you won’t meet people or build relationships. I learned through Jim McCoy and Dale Klein and others that you have to have fun doing what you’re doing, and what you do has to have a social component. For pure survival, you need friends and relationships.”

“Don’t look at life just through the business lens,” he says. “In the end, it’s the people. I feel I benefit from [making] connections.”

Greg is very grateful to his father, who laid the groundwork for Christenson Group of Companies. He’s thankful for his partners, past and present; his hard working team; personal and professional supporters, clients, vendors; and everyone enjoying life in a Christenson complete community. He’s especially grateful to the CHBA for their support and for allowing him and his team to help shape the face of construction in the Capital region. He plans to keep moving forward, building the company’s corporate culture.

Greg concludes, “You start off and try to develop an employable skill so someone will give you a job. Then you learn you are better off leveraging your ability with other people with different skills. You start a small business and learn how to make that business survive. Then the business can’t succeed unless your industry succeeds and your community. You reinvest in grass roots. You go through the circle of life. It’s one big circle. It’s all a circle.

Greg Christenson and his companies are the force behind www.AlbertaCommunityBuilders.com. The website is a powerful resource that advocates for, promotes and inspires complete communities across the province. The mandate is: “We envision communities where grandparents and grandchildren can live close to one another and both thrive, where giving and receiving care isn’t a burden for families because support is woven right into the fabric of the community, a place where people can both grow up and grow old. We envision complete communities for all Albertans.” 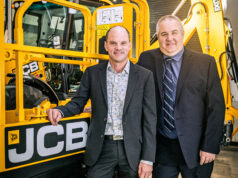 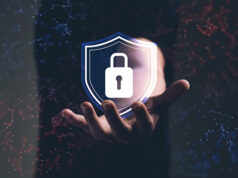