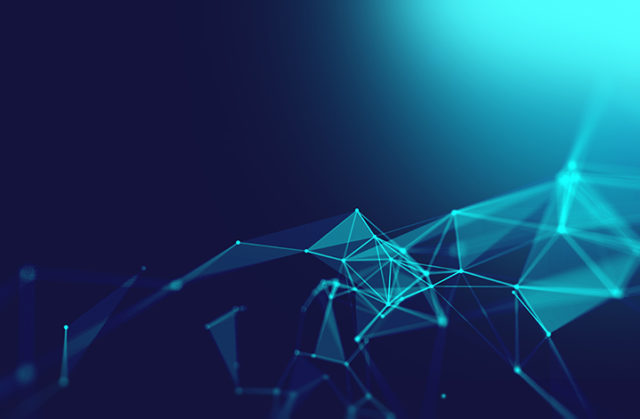 Edmonton’s tech sector is growing at an incredible rate. The city, long known for its entrepreneurial spirit, has a number of programs in place that help young businesses develop and grow, and many local startups are making waves both here and internationally. The leaders of three such companies share their stories, their successes, and why they continue to choose Edmonton as their headquarters.

Like many great startups, Frettable was born of frustration.

“Back in college, I was in a band and our guitarist moved to Vancouver and we still really wanted to write music together. So, what do you do as a musician?” says founder Gregory Burlet. “You can record an MP3 and email to them. They get it on their side and just have the audio. They have no idea how to play it, so they have to figure out by ear what was played, modify it, record the modified version and email that back. That person then needs to figure out the changes and everything. It’s a really time consuming process.”

Instead of going through all that back-and-forth, Burlet designed his own solution: an app that could “listen” to your song and turn it into shareable sheet music.

“At this point, I can just send him my music in the app,” he explains. “I can say, ‘Here’s the audio of what I played but also here’s the sheet music, the MIDI, and all the notes that I played.’”

The idea became the basis for Burlet’s work in the University of Alberta’s computer sciences department, where he worked on an artificial intelligence program that can translate music into sheet music. After graduation, he started turning his work into a business.

“After graduate school I had a lot of intellectual property but no minimum viable product,” he explains. “I had to take all the ideas and commercialize them as something ready for people to use.”

Edmonton is home for Burlet, but there were plenty of other reasons to set up shop here.

“We have this fantastic research institution in town with the University of Alberta,” he says. “I know that there are a number of skilled people coming out of the institution, particularly in the fields of artificial intelligence. There’s a real community of innovation, along with programs and institutions like Startup Edmonton to help entrepreneurs grow here.”

Frettable has used local resources like courses at Startup Edmonton and Alberta Innovates to help get off the ground, create a viable product, and market it to investors. Looking forward, he hopes investors in Edmonton will start to take more risks.

“Investors in Edmonton are usually looking for low-risk opportunities; it’s hard to find people willing to invest in seed or pre-seed projects,” he says. “There are a lot of things on the horizon, though, including Edmonton.AI and the Edmonton Innovation Hub.

DrugBank is, in many ways, a logical extension of much of Edmonton’s expertise, namely in its large medical industry and growing tech sector. The company, which offers “a curated pharmaceutical knowledge base for precision medicine, electronic health records, and drug development,” was founded in and stayed in Edmonton precisely because of the city’s strong medical industry and community.

“DrugBank was born in Edmonton because of the huge amount of talent and knowledge in the computing sciences, pharmacology and pharmacy programs at the University of Alberta,” says CEO Michael Wilson. “Being in Edmonton gives us a big advantage because we can hire talent coming out of the university.”

Outside of the university, DrugBank has benefitted from Edmonton’s proud entrepreneurial spirit.

“There’s a real culture of helping each other out and cheering on each other’s successes,” says Wilson. “It’s certainly a steep learning curve when you start out with a new company, and we received so much helpful advice and knowledge from people in the community.”

Some of those programs include Startup Edmonton and the STEP Program, each of which helped DrugBank get on its feet and make an excellent product, company and culture.

Wilson notes, “Startup Edmonton is one of the major contributors to our success. In the early days they helped us with basic knowledge and pushed us to think bigger. We also rented office space in Startup Edmonton for a couple of years and the energy there helped us attract talent and provided a social element for our employees that is difficult to provide as a small company.

“We have also benefited from the STEP program grants (federal and provincial) to hire summer students from the University. Often these students have come back fulltime after they graduate.”

On the subject of Edmonton’s tech sector, Wilson says it has a lot of strengths and a lot of unrealized potential. “We need to have consistent funding in the right areas, focusing on existing strengths with the expectation that growth will happen organically.”

While Edmonton’s tech sector is increasingly focused on artificial intelligence, the city is also home to a strong agriculture and food production sector. CanBiocin is one such company that has changed how we preserve foods.

“CanBiocin is the result of the work and ideas of people from the University of Alberta,” says Jake Burlet, the company’s CEO. “The founders, Dr. Michael Stiles and Dr. Lynn McMullen, discovered bacteria that prevents the growth of bacteria that can make people sick. It became evident that it could be used commercially as a natural food preservative.”

McMullen and Stiles maintained their professorships at the University of Alberta, which was a major factor in the decision to grow the business in the city. Burlet says the university’s groundbreaking research and talent development has directly helped CanBiocin’s success.

“The University of Alberta is a world-renowned university that allowed CanBiocin to make connections to people around the world, including multinational food ingredient companies. Those relationships help us stay in Edmonton while commercializing our products.”

CanBiocin has since discovered other kinds of bacteria that are useful in other areas, including probiotics for pets. With these new discoveries, Edmonton continues to be integral to CanBiocin’s development.

“There are lots of reasons to be in Edmonton, including the quality of life offered here, says Burlet. “The university continues to be important because it gives us access to world-class scientists trained at the institution, and they want to stay because of the lifestyle the city can offer them.”

TEC Edmonton has been integral to CanBiocin’s growth and development as well. Their lab is located within TEC Edmonton’s Enterprise Square location. Beyond the convenience of location and access to growth resources, TEC Edmonton assists with making connections to important organizations like Alberta Innovates.

Edmonton has long been a city that encourages and fosters new companies and entrepreneurs. The province’s latest economic changes, coupled with the area’s high concentration of qualified and trained tech experts, is making many people reconsider a move elsewhere for their tech company. Low rents, proximity to incredible talent, and plenty of programs that help founders get started means the city is keeping the talent it creates, and with talent staying in the area, Edmonton’s tech sector is slated to grow even larger and more successful.