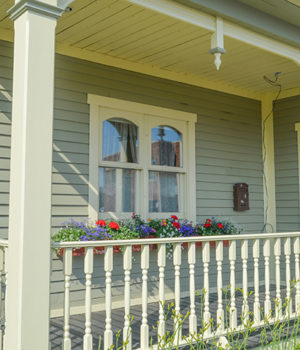 Spend enough time talking to Edmonton homebuilders and one is left with the impression that this industry—in Edmonton at least—is populated by people with an incurable sense of optimism. To most Edmontonians, the pre-2014 era of skyward property prices and spellbound optimism over the city’s downtown redevelopment feels like ancient history. However, for Edmonton’s residential construction leaders, a series of tough years marked by stagnant growth appears to have done little to dampen their stubborn optimism. A glass-half-full perspective on the world appeared to be baked into their psyche.

“I always like to be optimistic,” says Charles Fay, general manager for Edmonton at Jayman BUILT, one of the city’s largest homebuilders. “Business is nowhere near where we want it to be, but things could be way worse.”

Despite modest economic growth and improvement in employment, 2018 has proven to be a tough year for Edmonton’s residential real estate market. As of July 2018, the average residential selling price had dropped to $370,046, a decrease of 3.63 per cent compared to July 2017. Aside from the condominium market, which saw a 3.40 per cent increase over the year, sales across the residential market have slid since July 2017, with a 3.29 per cent drop for single-family homes and a 3.31 per cent decline for duplex/rowhouses. Meanwhile, as of July 2018, condominiums were spending an average of 67 days on the market, an increase of five days over the previous year, while single-family dwellings were taking an average of 50 days longer to sell.

That being said, Edmonton’s homebuilders don’t seem particularly worried. Residential housing starts, while down from mid-2017, had shown three consecutive quarters of increases as of July 2018, with an increase of over 20 per cent from Q1 to Q2 of 2018. Housing permits are up, and total inventory is up 12.62 per cent from June 2017. New market listings increased by 4.04 per cent over the same period.

Residential construction continues to boom in multiple areas in the city, especially in the south and southeast, with neighbouring St. Albert and Leduc also showing strong activity.

One reason for the optimism, industry leaders assert, is that the current lack of growth in the market is largely due to a non-economic factor, namely the government of Canada’s new mortgage rules, which took effect on January 1, 2018. The latest in a series of federal measures aimed at limiting the amount of debt that Canadians and financial institutions can take on, the new rules impose stringent new stress tests on borrowers—even those with a down payment of 20 per cent or more. A recent Bank of Canada analysis suggests that the new standards would exclude some 10 per cent of Canadians who qualified for uninsured mortgages between mid-2016 and mid-2017.

“We’re seeing a lot of would-be buyers having a hard time in terms of financing,” says Maria Kennedy, general manager for Edmonton at Homes by Avi. “The new mortgage rules have meant an increase in co-signers, of homes having to be sold beforehand, and significantly longer buying cycles. However, we think this is temporary and that we’ll see things return to normal once people become accustomed to the new standards.”

Other causes for optimism in the sector include Alberta’s overall economic performance. While investment in oil and gas remains tepid and anxiety over the United States trade tariffs continue to cast a shadow, the province’s economy grew by 4.9 per cent in 2017 and is expected to continue growing in 2018, albeit at a slower clip at 1.9 per cent—concurrent with a national slowdown. Unemployment continues its slow decline, down to 6.7 per cent from 7.8 in 2017. Equally important to this sector has been an improvement in net migration to Alberta, which, while still well below pre-recession levels, has improved markedly since 2016.

“There is a lot going on in the market right now that gives us cause for optimism,” says Susan Monson, vice president of commercial development for Edmonton at Melcor Developments. “Retail and industrial activity are up. Employment is growing. Migration, which is fuel for our industry, is up. We’re still well below pre-recession levels but pretty much every non-oil-and-gas industry is doing well, and this is exactly what you see before any boom we’ve ever had in our industry. For the time being, however, people are very much focused on affordability, which translates to a competitive entry-level housing market—smaller houses, zero-lot-line properties, and places set up for secondary suites—and an extremely shallow market at the estate level. In sum, 2019 looks to be very similar to 2018, namely slow and steady.”

Other factors that were expected to influence Edmonton’s housing market, include the LRT expansion and the city’s push for greater infill, appear to have had little impact thus far, while others, namely school and hospital construction projects, as well as access to arterial transport lines, do appear to be having an impact, particularly in Edmonton’s fast-expanding southern periphery.

Demand for green features, such as solar panels, remains low as a result of price being buyers’ unparalleled concern.

“We’re seeing a lot of interest in solar panels and the like, but very little follow-through,” says Monson.

“Affordability is everybody’s focus right now, and small things like this tend to tip the scale for people. What we are seeing a lot of, however, are designs that can be easily retrofitted with sustainable features once they become financially feasible for homeowners. Buyers do indeed care about sustainability, and these days better quality windows and insulation are now industry standard.”

“Long gone are the days where you had people working in oil and gas simply opening their wallets and not worrying about cost,” says Kennedy. “We still have a broad array of people buying homes and it definitely feels like things are coming back to normal, but it’s a different sort of normal.”

Fay concurs, adding, “A flat or slightly inclining market really isn’t such a bad thing at the end of the day.”