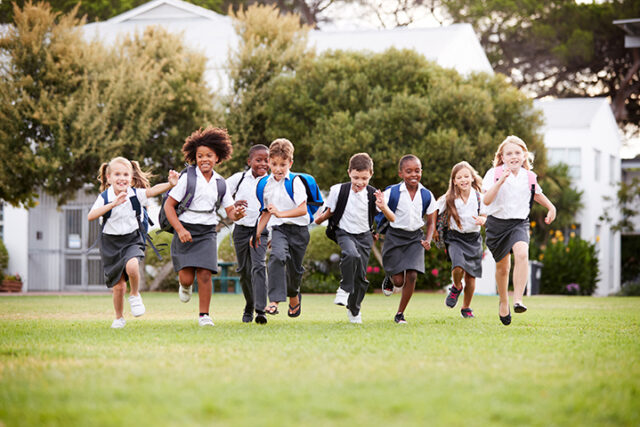 One of the most profound choices a parent can make to set their child up for success is choosing the right school. In Alberta, independent schools strengthen and expand the choices available to parents in the public system. That’s why, since 1958, the Association of Independent Schools and Colleges in Alberta (AISCA) has championed independent schools as excellent choices available to parents across the province. If a student requires a school that has a particular academic focus, upholds certain religious values or provides extra care for a child with additional needs, AISCA’s member schools are an option.

Simply put, choice is a good thing. In fact, it is everything when one considers making some of the

most important decisions in life, including where your child is educated. Yet there are many myths that still exist about independent schools. A notable myth is that they are only for the wealthy few. However, various reports and statistics have refuted that argument. For example, 82 per cent of Alberta families who choose to send their child to an independent school have the same income as families at public schools. Furthermore, many independent school families make considerable financial sacrifices to cover any extra costs in order to access an education option where their children are thriving.

Another myth that still presents itself is that cutting funding to independent schools would “save” the government hundreds of millions of dollars – the facts do not bear this out. Research has consistently indicated that independent schools have saved the taxpayer hundreds of millions of dollars, with one research paper putting the amount at $750 million dollars over a five-year period.

The math is relatively simple. All Albertan taxpayers contribute tax dollars to the cause of educating children in Alberta. Independent schools receive around $5,000 per child per year of that tax money; public and separate schools received around $13,000 in education grants, capital investments and transportation dollars to educate a child for a year. For independent schools to operate, parents pay tuition, run fundraisers and ask their supporting community for donations. Schools must also find efficiencies and be selective in what they offer and how they operate. In other words, it takes much sacrifice on the part of parents and the independent school community.

Financials aside, the challenges of the COVID-19 pandemic have reflected positively on the ability of independent schools to be responsive to parent and student needs. In a poll conducted by Leger, for the Fraser Institute, parents of children in independent schools were less worried about their children falling behind in their studies and their school’s ability to make up for lost time. Eighty-four per cent (84%) of respondents reported that the pandemic had only a minimal or small impact compared to 64 per cent of parents with children in public schools.

School choice is a fine idea in theory, but does it work in practice? Evidence suggests that the benefits of improving educational diversity are clear. Alberta’s choice-based system performs very well when compared to other provinces and countries. Achievement test and diploma exam scores at Alberta’s independent schools are above the provincial average and contribute to the overall system success. In neighbouring British Columbia, research has found that students from families with comparable incomes achieve higher test scores on average at independent schools than at their public counterparts.

Furthermore, independent schools display a high degree of accountability and transparency by teaching the Alberta curriculum, requiring that all teachers must be certified to teach by the Government of Alberta, complying with the Education Act and other legislation, and providing audits, three-year plans, annual educational results reports and OH&S inspections to the Ministry of Education. All independent schools are monitored through school site visits and through surveys to students, teachers and parents to ensure the needs of students are being met. The results of these surveys indicate that independent schools are safe and caring, successfully prepare students for life after school, prepare students for their roles as citizens and support parental involvement.

Myths regarding independent schools will continue to exist – but they simply aren’t supported by facts. According to the Fraser Institute, one in 16 Canadian students attend independent schools, which are often rural and have a religious or specialty emphasis. It’s time to deal with facts and open an honest dialogue on the valuable role that independent schools serve for thousands of parents and students in Alberta.