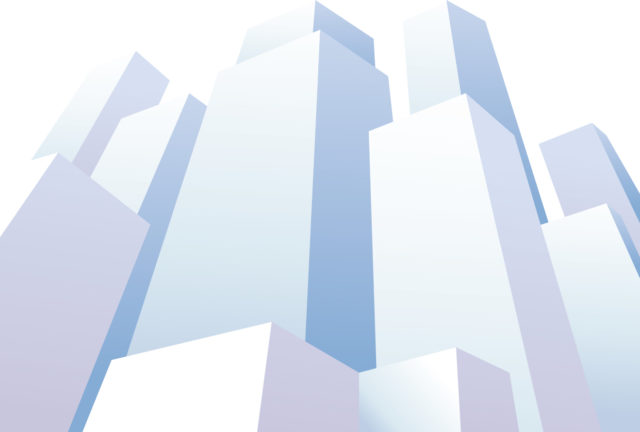 ICE District isn’t the only development happening in Edmonton. With multiple revitalization projects on the go, Edmonton is getting the facelift it needs to remain relevant to residents, retailers, and investors alike. However, as Peter Ohm, chief planner, City of Edmonton, explains, a lot goes into making that happen.

“Within our department, there are two branches that work at a variety of scales around city planning: one end looks at the prospect of city-wide land use and development in connection to the region, but we also plan portions of the city: neighbourhoods, parts of neighbourhoods, etc. Within that continuum, a great deal of work in our department is performed on behalf of private industry; they are the ones who come into the city looking to invest and must get planning approval.

“On the other side, a great deal of work in the department is also done on behalf of council through a combination of operating council programs. Council is cognisant of making sure all parts of the city are vital; they want to make sure we have all that is necessary for those areas to thrive.”

Part of the challenge for city planners, Ohm describes, involves re-attracting investors to areas that have been left behind as commercial trends shift over the years. That, however, is where revitalization plays an important role.

“We have 13 business improvement areas that are based on old high streets, some of which followed the street car line from years ago,” Ohm explains. Following the growth of the population and the method of commercialization (the shift from shopping streets to shopping centres and now big box stores), these areas have lost their initial relevance—“commercial transforms content,” Ohm adds,“but we have these high-streets-patterned areas with a scale of building heritage value that is worth maintaining; the old high streets form the backbones of our residential neighbourhoods.”

Ohm points out that “118th Avenue, for quite a few years, was a bit of a blighted area, but deliberate investments of capital dollars helped to improve the streets there. Private property owners were able to work with the City of Edmonton to revitalize the business district, and using grant programs and operating grants, 118th Avenue was transformed.”

“Interestingly enough,” adds Ohm, “an arts district has sprung up there, taking advantage of the market theme. The market price is attractive, but the arts community also likes the built form, the economics, and the connectivity to other kinds of arts.”

“The city is working on a number of programs and efforts to draw people and investments back to mature areas of the city,” Ohm continues. These include things like Edmonton’s new transit strategy, parking standards, reallocating a portion of the city’s public investments from the suburbs to the core to create new opportunities that support private redevelopment, and making investments in asset conditions.

“Revitalization ensures various segments of the population find the city attractive so the city can represent enough diversity to appeal to the broad spectrum of the population. The downtown is one of the most important neighbourhoods,” Ohm emphasizes. “Without a strong and vital downtown, you are not going to have a competitive city, and a competitive city attracts people to move to it and invest in it.”

George Cantalini, CEO of Beaverbrook Group of Companies, agrees that revitalization is the key to strengthening any city. “Any kind of revitalization is always good; to see things reused and take advantage of what’s there, like recycling, creates something new and making the best of what already exists. It’s important to have a strong core, then move centrifugally out from there. We are starting to get back to a good central core within Edmonton, and that will help to strengthen the whole city. Revitalization attracts people to the city for lifestyle, not just for work. When people want to move to Edmonton to live, not just because of jobs, it helps the economy. That’s what keeps the population growing.”

He continues, “We’re not just building towers—not everyone wants to live in a tower. You have to have different kinds of housing to attract everyone down into the core. Our company is going after that different demographic. We are close enough to the downtown to be in the action, but far enough for people not to be in it every day all day long; it fulfills a different market, but is complimentary to what is happening in ICE district.”

“We are revitalizing the corner of 142nd Street and Stony Plain Road with our Westblock project outside the core, but still within the downtown of the city of Edmonton,” Cantalini describes of the Glenora site project, which will “eventually provide 500-550 units, 100,000 square feet of commercial development, mixed together around an urban square.

“We also have a 110th Street project, called CX, about to launch between Jasper and 100th Avenue,” Cantalini adds. “This project includes a mid-rise building, six stories high, featuring townhouses and apartments.”

“Revitalization is good for the city, and it is going to continue to grow,” concludes Cantalini, who predicts a higher percentage of urbanization in Edmonton’s near future.

Mark Barron Wilbert, partner at Coldwell Banker Venture Realty, agrees. “I have definitely seen a spread of revitalization initiatives. ICE District is permanently changing the Edmonton skyline; The Quarters, East of downtown, will mold along the edge of the river valley; The Brewery District, West of downtown, has become a destination for urban eats and living; Blatchford Fields (the old municipal airport site), North of downtown, just started construction on roads and sewers, but will become one of the world’s largest sustainable communities.

“There is also the Valley Line LRT and the impact on the communities it touches, as well as the Premium Outlet Collection at the Edmonton International Airport. All of these developments are currently underway and don’t even include all the new shopping complexes and communities being built through urban sprawl.

“The majority of attention has been about the shiny and new, but many older areas will be impacted or have already felt the changes of revitalization. Grants are in place to assist older buildings in getting a facelift, and this trend of ‘street scaping’ is taking place in several locations around Edmonton.”

Wilbert adds, “The areas, in most cases, become safer; they attract more people (who in turn spend money) and, as a result, increase the value of the area. These pockets may be seen as the hearts and souls of a city. They bring likeminded people together that make amazing things happen. Many of these local groups and initiatives are what keep our city’s talent from leaving.”

“Aside from ICE district, which has been getting a lot attention and notoriety, we are seeing many examples of revitalization taking place in Edmonton,” adds Adel Hanafi, Commercial Real Estate Associate, Investment Sales & Leasing, Cushman & Wakefield Edmonton.

“Years from now, I think we are going to notice drastic beautification in the areas in and around 107th Avenue (primarily between 101st Street and 109th Street). Currently, some buildings have changed hands, and some of the new owners have simple yet impactful redevelopment plans.

“My investor clientele is always looking for unique value-add purchase opportunities, and many are acquiring stagnant and vacant buildings in Edmonton to give them a much-needed facelift, to reposition these assets. This creative approach also helps to revitalize ageing areas of the city, and in turn, promotes more local business.”

Hanafi concludes, “Redevelopments help to revitalize communities and set a precedent for a future wave of revitalization in the vicinity. When a commercial building is leased to a variety of tenants, jobs are supported and created in the construction, leasing, and operation of these new businesses and spaces for lease; this has a very profound impact on the surrounding community.” 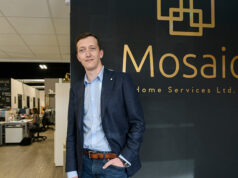 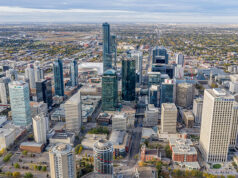 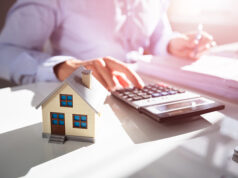