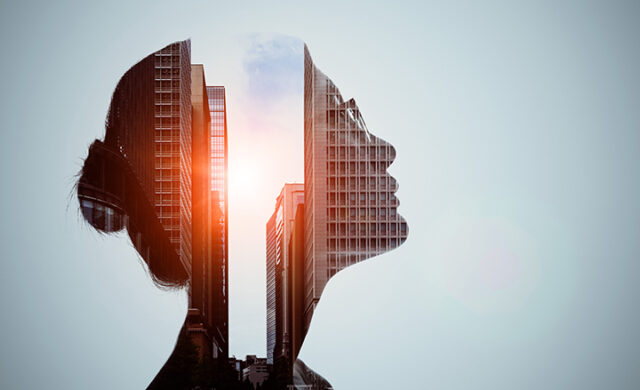 The construction industry employed approximately 3.5 per cent of Alberta women in 2018, according to numbers from a BuildForce Canada report entitled Construction and Maintenance Looking Forward, Highlights 2019-2028.

According to the report, women represent approximately 15 per cent of the province’s construction labour force. Of this amount, some 30 per cent work directly on construction projects. The remaining 70 per cent work primarily in administration and management-related occupations.

The industry has seen an influx of women in all areas of construction over the past few years. Some say that the numbers need to rise even higher.

“It hasn’t changed enough,” states Jen Hancock, V.P. collaborative construction, Chandos. “I know that there are more women working at Chandos now compared to when I started. I also know that there are many times, whether at meetings or industry events, I’m still very much in the minority as a woman. There were women having this conversation 15, 20, or 30 years ago. The numbers haven’t increased as much as they should have.”

That opinion is shared by Lindsay Munn-Price, manager of capital projects, University of Alberta.

“During my time in this industry, I have seen changes in inclusion and diversity, especially as it relates to women in construction,” she says. “There is still room for improvement, but it is encouraging to me to see so many organizations willing to start to consider and make the changes that will make a difference.”

Julie Williams, sales and pre-construction manager, Edmonton branch, Scott Builders, has been involved in the construction industry for over 12 years. Although she feels that there is an increasing number of women in the industry, she admits that more needs to be done.

“I feel that there is still a way to go,” she explains. “I think we need to start educating women about the opportunities available in the industry much earlier, like in high school or even elementary school.”

Today, Hancock, Munn-Price and Williams have long, established careers in the construction industry, and all have become leaders in their own right – as well as role models for other women.

Hancock has 12 years of industry experience under her belt. She earned her Bachelor of Education degree and actively taught for a few years before she decided to pursue an alternate career path.

“I made the decision to not teach anymore, so I got a job in administration at an engineering firm,” she explains. “After a few years, I reached a plateau there when I saw an opportunity as a project assistant for Chandos. I applied for the job and got it. I had no idea at that time how life-changing that job would be for me.”

Today, Hancock continues to work for Chandos, albeit in a much more senior role. She credits part of her success to her own thirst for knowledge.

“I worked at Chandos as a project assistant for a year and then went on maternity leave,” she says. “But while I was on leave, I studied for – and passed – the LEED exam.”

The new accreditation enabled Hancock to get out into the field more often, something she found she loved doing. It also helped her after the recession hit in 2009 when her position evolved into director of business development, proposal writing. From there, it was a short hop to sustainability and integrated project delivery.

“I grew into new roles as the roles evolved within the company,” says Hancock, who attributes a lot of her success to the company’s own approach to its employees. “Since joining Chandos, I have had a ton of support. I adapted my role within the company but Chandos also made things very possible for me. The company helped me to grow as a person and to fill the spots that we needed to in order to grow the organization.”

Carving out her own path

Munn-Price knew that she wanted to work in the construction industry from the time she was a teenager and had an opportunity to work during the summer driving a 60-ton dump truck at a quarry in Cadomin. During that time, she was fortunate enough to be exposed to elements of engineering and chose to pursue a degree in civil engineering at the University of Alberta.

Subsequent to obtaining her degree, Munn-Price pursued a career in project management in the design and construction industry. She currently is working in a leadership role within the Project Management Office at the University of Alberta.

“In my role at the university, I lead a team of project managers delivering a wide range of design and construction projects while still maintaining a strong work-life balance and a connection to my two young boys,” explains Munn-Price. “The university has allowed me the flexibility to balance my desire to raise and be home with my boys, as well as pursue a fulfilling and rewarding career.”

Today, Munn-Price continues to be satisfied with her career choice. She identifies one of the highlights of her career as being able to find her own voice.

“Through experience, role models, and mentorship, I have gained confidence and the necessary skills to fulfill my current leadership role,” she says.

Ever since she walked by an Ontario construction site while in high school, Williams knew that was where she wanted to be. She went to college for construction engineering, worked for a bit and then moved to Alberta. Williams started her western career as a co-ordinator for an oil refinery before finding her place in the construction industry as an estimator.

“While in college, I found estimating to be the most interesting by far,” she says. “After my short stint at the refinery, I moved into estimating and have been there ever since. I still love it.”

Williams has been with Scott Builders for the last four years.

“There are a lot of females at the company,” she says. “It’s not a 50/50 balance, but it’s a lot. Over the years, I have met quite a few female project managers, co-ordinators, and others in senior positions.”

“I would guess that, on average, about 25 per cent of the students that are in my class are female,” she says, “and they have all shown that they are 100 per cent committed to the course.”

Having forged their way into the construction industry, these three leading women have helped pave the way for other women to follow. Each hopes that the road forward for the next generation will be a little bit smoother as a result.

“Long after I made the decision to get involved in the construction industry, I found out that my grandmother actually worked as an estimator in the industry back in the 1960s,” says Williams. “She once had her tires slashed on a construction site as a way to let her know she wasn’t welcome. Things haven’t been that hard for me. I think I have been fortunate to work with some of the bigger, more forward-thinking companies over the years.”

More openness has led to more acceptance across all areas of the industry.

“Ten years ago, there was no conversation about women at Chandos,” says Hancock. “Today, we’re having that conversation. I have seen interest in our company to create more opportunity for better gender balance, but I think it is still a struggle for a lot of companies.”

One of the solutions, adds Hancock, may be in spreading the word.

“I would love to see women go out as a group to talk to young people about the opportunities available to them within the construction industry, to have women in work boots standing beside women in heels to show the breadth of diversity available within the construction industry,” she says. “I also think that industry needs to be more creative. We can look at the young people coming out of university with a bachelor of science or bachelor of arts degree and ask ourselves how we can fit these people into spaces within our companies?”

“I was exposed to a number of diverse opportunities through my family as I grew up,” she says. “I understood there were choices and I believe it was due to this understanding that I became aware of the many opportunities that existed in the construction industry. I believe it is through awareness and education that opportunities for women in the workplace will continue to develop and flourish.”

Despite experiencing some bumps in their career paths, women in the construction industry are continuing to push forward and attain senior positions.

“I think there is absolutely no reason why women shouldn’t pursue a career in construction,” says Williams. “There are a lot of qualities that females can bring to a company. Companies need to realize that it’s good to have a balance of people at the table, especially in leadership roles.”

Remaining committed and passionate about their roles is another quality that women seem to bring to the table.

“Since I started, I don’t think there has been one moment where I looked back and questioned my decision,” says Hancock. “My job changes every year. I continue to be challenged and I am so grateful for that. I am so passionate about my job and I want to convey that passion throughout the industry and beyond.”

“I wouldn’t hesitate to make the same decision today,” says Munn-Price. “I have loved, and continue to love, what I do and would encourage women to seek out opportunity in this profession.”

Although there may still be some work needed to help encourage others to follow in these women’s successful footsteps, the fact that all of them continue to genuinely love what they’re doing can’t help but further the cause.

“The construction industry has so much depth to it,” concludes Hancock. “I think a lot of women, and people in general, don’t realize that there are so many facets to it. It’s like one big hidden secret.”