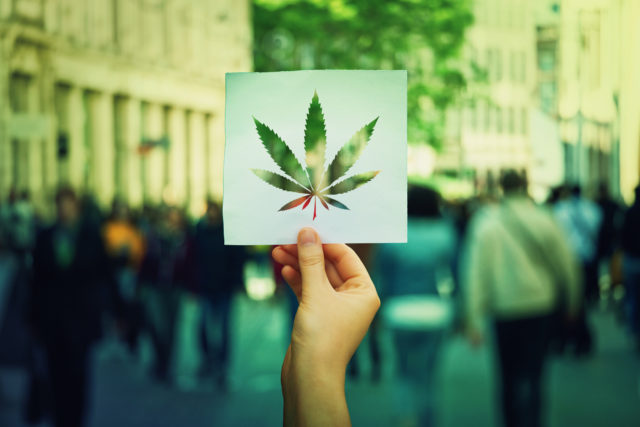 The best way to face the future is to prepare for it, and that is something Parkland County has taken to heart. From infrastructure upgrades across the County to supports to attract new business, from plans to grow the public transit system across the tri-municipal area to having a structure in place to ease the consequences of the coal phase-out, Parkland County has always been agile, responsive, and many steps ahead of the curve. This is why, when cannabis became legal in 2018, the County was ready with its signature optimism and its eye on the future.

On the day cannabis retailers could legally open their stores, patrons lined up around the block. To the observer, it seems so easy: get a supplier, open a store, reap the rewards. The reality is, however, that cannabis is now a thriving industry, and industries need multiple layers of support – support Parkland County is ready, willing, and able to provide.

“The County is open for the cannabis and hemp industries within its industrial, commercial, and agricultural areas,” say Robynn Holstein, Parkland County’s business development officer, industrial & commercial. “We understand the role of municipalities in the growth of these businesses and are committed to a business-centric approach to the industry. We have created room for major and micro cultivation, processing, and retailers in many zones throughout the County.”

With the local cannabis stores struggling in the past to meet demand with supply, it’s clear there is plenty of room in Parkland County for everyone in the production and retail chain. Currently, the County has two cannabis facilities and has seen a recent increase in minor cultivation permits since the last land use bylaw update. With three approved minor cultivation permits and one pending, Parkland County is clearly set up to attract and support major and minor (micro) cultivation, processing, and retail of both cannabis and hemp.

“Cannabis processing is clearly defined and allowable in most industrial zones within the County,” Holstein informs, “and Cannabis retail sales are discretionary in commercial and industrial districts as well as the rural centre district.”

Unlike cannabis, hemp cultivation does not require a development permit; Parkland County treats it like any other agriculture crop, and it can be processed in most of the County’s industrial zones.

However, the County’s advantage for entrepreneurs in the cannabis and hemp industry goes far beyond infrastructure and facility supports.

“Acheson Industrial Area has multiple land options available,” Holstein points out. “There are currently over 600 acres of shovel-ready land and an additional 1,400 acres of ready-to-develop land.”

Land costs are incredibly competitive. She continues, “When locating within agriculture districts, land costs decrease substantially. This, coupled with no business taxes and one of the lowest non-residential tax bases in the region, makes Parkland County the place to build your cultivation business.”

Cultivation is an approved use in the general agricultural district, and Parkland County offers over 340,000 acres of agriculture land.

In addition to having prime, cost-competitive land available, the accessibility of power, water, and rural internet are also big attractions for cannabis and hemp growers – and so is the young, skilled, and energetic workforce.

“Drawing from the regional population base of nearly 1.2 million, Acheson has access to a diversified labour pool,” says Holstein. Almost 62 per cent of the local labour force has post-secondary education or apprenticeship training, and another 23 per cent are high school graduates. Transit is available to Acheson from Edmonton and Spruce Grove.”

With all those supports in place, cannabis and hemp producers and retailers just need one more thing: access to the market – and that’s not a problem, either.

Parkland County is situated along several major transport routes, including five major and several secondary highways. The TransCanada Yellowhead Highway stretches both east and west, enabling transport trucks to reach ports on the coast and cargo villages at several major airports. Easy access to Highway 60 and Highway 2 means a quick trip to the nearby Edmonton International Airport and a clear line of overland transport all the way to the border. But the lineups seen on the first day cannabis was legally available prove that there is also a robust market right here in town.

There were a lot of questions and concerns from citizens when legalization was on the way, but when the smoke cleared, it became apparent that not only was this an important step in crime reduction, but it’s also an important step in bringing a new industry and opportunities to places like Parkland County.