Before COVID-19 forced the globe to social distance from a safe place, our world was already saturated by a proliferation of digital delivery services, networking alternatives and convenience technology.

Amazon, Ebay, Esty and countless others became established modern-day refuges for retail therapy long ago. Big box stores, boutiques and virtual every business in-between have since jumped on board, with e-commerce retail trade sales making up an estimated 3.5 per cent of total retail sales in Canada at the end of last year. Statistics Canada reports 28.1 million Canadians spent a collective $1.85 billion in 2019.

And with the pandemic still limiting foot traffic to many storefronts, many experts expect e-commerce numbers to skyrocket. Former eBay CEO Devin Wenig predicts it to double in both Canada and the U.S. this year alone.

Meanwhile, boardroom meetings, classroom instruction and even studio dance classes have been gradually replaced by video streaming alternatives such as Zoom, Microsoft Teams, Skype and GoToMeetings, to name a few.

While forced by necessity during COVID-19, telecommuting and distance learning were already nudging trends into this direction. A recent survey of 1,300 North American business professionals found 87 per cent more people choose to use video conferencing today than the past two years.

The 2019 Impact of Video Conferencing Report by video conferencing provider Lifesize additionally revealed the number of telecommuting remote workers has increased by 115 per cent in the last decade.

Changes due to COVID-19 have only fueled the fire. Microsoft reported usage of its Teams collaboration tool jumped 40 per cent to more than 44 million daily active users in just one week this past spring as businesses adjusted to remote working and e-learning alternatives.

Perhaps most significant, however, has been how on-demand delivery platforms have started to change the traditional brick-and-mortar dining experience.

Skip the Dishes, Door Dash, Uber Eats, Foodora … the list goes on of menu options at our fingertips. Some local business owners say it has created opportunities where there once wasn’t by highlighting their menus to potential new audiences.

De Minico’s Kitchen in northeast Calgary has been working with Skip the Dishes and Door Dash going on three years now. Before online ordering, the business started by offering takeout sandwiches and pizzas. Since then, the Italian eatery has evolved to also include oven-ready frozen meals and sauces to go along with wholesale sales and catering.

Alessandro De Minico of De Minico’s Kitchen says there has been a number of upsides to partnering with both apps. For starters, De Mincio’s didn’t previously offer a delivery service.

“We weren’t going to pay a driver to sit here. So from that perspective, these platforms offer a ton of upside. If zero orders come it, it doesn’t cost us anything,” he says.

On the flip side, De Minico notes both delivery options come with hefty fees as high as 25 per cent that cut into already razor-thin margins. In addition, De Minico’s might not see a penny from those orders for up to a month later.

“And because we don’t get to interact directly with customers, we don’t know who our audience is,” says De Minico. “We don’t have access to some key demographics.”

Online grocery ordering has also become popular among consumers. Research released by Canada Post prior to the COVID-19 outbreak shows that one-quarter of Canadian shoppers are currently, or are strongly considering, ordering groceries online for delivery.

Locally, online providers such as Spud.ca report they are seeing an uptake in people using an on-demand e-commerce platform to meet their grocery needs. Founded in 1998, Spud delivers in Calgary, Edmonton, the B.C. Lower Mainland and Vancouver Island. It current carries more than 10,000 products online, including everything from vitamins and supplements to fresh meat, eggs and milk.

“Anything that can be raised, grown or produced, we have a local vendor for it,” he says, noting, specifically, a rapid increase in bakery partners, such as the Prairie Mill Bread Co., Rustic Sourdough Bakery and Sidewalk Citizen Bakery.

Bourree says the local element is a competitive advantage that he believes influences many people’s decisions on where to shop for groceries. Spud itself is transparent about its supply chain, showing the distance travelled for products to reach the warehouse.

“For consumers who want to support local, we do our best to make it easy,” says Bouree. “Being able to get a freshly cut steak or chicken that was on the farm last week is a cool experience for people.

“On the flip side, we can provide some benefit to some of these partners that may not have the model or the infrastructure to have the breadth and reach that we do.”

Bourree says increased demand since COVID-19 has also encouraged Spud to get more creative in recruiting additional partners, such as local restaurants and food service companies.

“We’ve never seen anything like this, and we anticipate it’s going to be this way for a while,” he says. “So at a time when many places have had to shut their doors, we’ve decided to partner with a number of different restaurants and get them up and running quickly.

“At the end of this, we want to make sure the local food supply chain that so many companies have worked hard to create doesn’t disappear. We’re keeping that food chain intact, even if the food isn’t being consumed in restaurants.”

Meanwhile, looser liquor laws in Alberta have, quite literally, opened the door to alcohol delivery and pick-up services. Skip the Dishes announced earlier this year that it will start delivering to Calgary, Edmonton and Fort McMurray from a variety of breweries, liquor stores and distilleries in Alberta.

Vic Minhas, manager with Liquor Wellz, started using Skip the Dishes this past winter. He says the response even prior to COVID-19 was “The response has been pretty overwhelming. A lot of customers are using the delivery service,” he says, adding the demand was so strong that the company added Foodora to its stable of delivery options. “(Since COVID-19), sales have gone up as people have been stocking up.”

Minhas notes online delivery has been incremental to in-store sales, which continue to remain strong.

“(Because it’s) convenient, customers don’t mind paying a premium,” he says, adding many of LiquorWellz’s delivery customers so far have been customers who had mobility challenges, or used to take a taxi to buy liquor. 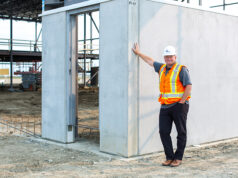 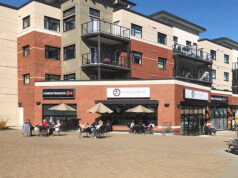