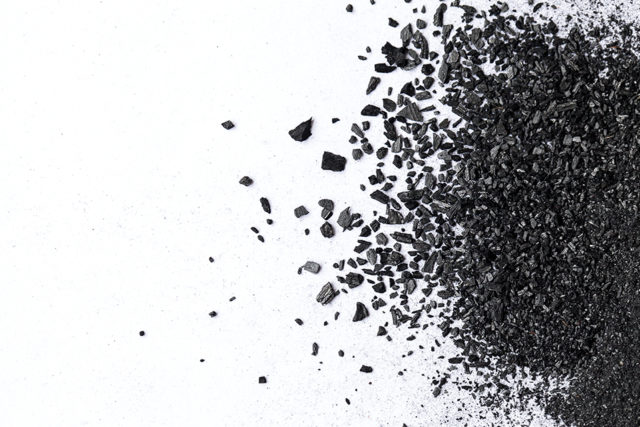 The Climate Leadership Plan is already in motion, aiming to improve air quality and transition to clean and renewable energy sources by 2030—but is the phase-out of coal-fired electricity really the best move for an economy that is still reeling from a recession?

According to a spokesperson from Environment and Climate Change Canada, “The use of coal as combustible to generate electricity is responsible for close to three quarters of the greenhouse gas (GHG) emissions in Canada’s electricity sector, and over 8 per cent of Canada’s total GHG emissions. Coal units are among the largest sources of air pollution in the country, including sulphur dioxides, nitrogen oxides, and mercury pollutants, which cause significant health and environmental impacts.

“Health studies completed by the Pembina Institute estimate that, in 2014, pollution from coal power resulted in more than 20,000 asthma episodes and hundreds of emergency room visits and hospitalizations, costing the healthcare system over $800 million annually.”

Combustion of coal isn’t the only means through which pollutants are introduced into the environment; Environment and Climate Change Canada suggests that mining for coal can be harmful, too, although, “These impacts vary according to the mining method used as well as the local geology, climate, and rainfall. Coal mining operations can generate effluent, processing tailings, and solid waste, like waste rock.

“Budget 2017 lays out the Government’s plan to invest $21.9 billion in green infrastructure, including initiatives that will support the implementation of the Pan-Canadian framework on clean growth and climate change. Together, this investment could support the attraction of the capital investments necessary to transition Canada’s electricity system towards 90 per cent non-emitting electricity by 2030.

“To support the transition away from coal towards cleaner sources of generation, performance standards for natural gas-fired electricity are also being developed,” says Environment and Climate Change Canada. The requirements will ensure that new natural gas-fired units are built using efficient technology and will set clear parameters around the use of boilers converted from coal to run on natural gas. Canada also has some of the most abundant and affordable sources of hydro, wind, and solar power,” concludes the organization.

“Coal mining has an area footprint impact over the course of the mine’s life,” explains Darryl Nelson, president of Nelson Environmental Remediation Ltd. “However, Alberta companies have great expertise in the remediation, reclamation and restoration of these facilities for long-term use of the land following mine decommissioning.”

He explains, “The cleanup perspective of coal facilities is similar to those from other carbon-based energy facilities. Our thermal desorption process extracts and destroys organic contaminants while returning valuable, productive soil to the site for reclamation. The same values recognized by other industries, such as oil and gas, petrochemical, manufacturing, industrial brownfield redevelopment, and others, can be realized by the coal industry.”

Those efforts in remediation could mean job creation for an economy that could be looking at significant job losses. “We put Albertans to work cleaning up sites in Alberta and elsewhere, providing job creation and, at the same time, delivering responsible environmental solutions,” says Nelson. “These facilities will be replaced with new generating capacity while also providing long-term jobs, increasing efficiency, and decreasing environmental impact.

“Renewable energy sources often have a small environmental footprint, but much must be considered in the manufacturing and operation of these installations to get a true picture of the impact reduction, as there are many variables. Natural gas-fired electrical production can result in greater energy production for a given amount of carbon emission. Nuclear can be a very responsible solution when employed properly. Technology continues to advance on all of these fronts in terms of efficiency, responsibility, and life-cycle cost.

“Over our 25 years in this industry, we have witnessed great improvements in facility design/operation and a broader life cycle awareness of environmental impact. Responsible corporations today have a strong focus in developing operational expertise to minimize that impact. It has taken years for the industry to evolve to where it is today, and it will continue to evolve for decades into the future.”

Campbell adds, “The government wants to go one-third renewable energy sources and ramp up natural gas, but there have been no concrete plans outlining how that looks or what it will cost. Studies report that it will take billions of dollars to convert the energy industry. Those costs create a lot of concern, but there are also a lot of good paying jobs at risk. Around 13,000 jobs in Alberta are employed by coal mining, and the average coal minor makes $100,000 per year.

“The consumer is being put at a disadvantage, too. Coal is one of the cheaper sources of energy. There are 6 billion tons of thermal coal ready to be used, and the mines are close to power plants. It’s what we refer to as a mine-to-mouth operation; the coal is taken right out of the pit and trucked right into the power plant.”

Alberta doesn’t need to be reminded of the detriment that can be caused when the international market causes a drop in the price of a commodity that is, quite literally, fueling the bulk of the economy.

“For the local economies and towns who depend on the coal mines, this move could be devastating: real estate will drop, small businesses could go under, there will be a decrease in services, fewer opportunities, school and health systems will suffer,” lists Campbell.

“The move may also be enough to slay investment in the province. Investors in heavy industry want good, reliable, and affordable power—it’s important to the business plan,” he adds, pointing to the Australia brownouts as an example of the kind of unreliable energy that could deter investors. “Global warming aside, it still gets cold in Alberta—we need reliable power when we flick that switch.”

The government has proposed creating green jobs as compensation for the loss of coal mining positions; however, “There is nothing we believe they could do to replace the number and wages of jobs that will be lost,” Campbell emphasizes. “The Ontario government didn’t create nearly as many jobs as they said they would. A lot of companies outsourced or brought people with them, and how many people does it take to run wind farms versus a coal mine? There is no comparison.”

As for converting old coal-fired plants into natural gas, “Not all of them can be converted,” notes Campbell. “Some will have to change their infrastructure to accommodate transmission lines, etc.—there are a lot of unanswered questions, and we haven’t seen a plan from the government on what that is going to look like.”

Could there be an alternative to a complete phase-out of coal? As Campbell suggests, it’s all about technology. “New technology, like carbon capture and storage, can allow us to burn coal as clean as we can natural gas—it’s just a matter of implementing the technology and investing in it. Any company that is already doing that needs assurances that it can continue to operate, but for Alberta, that’s a no. Period. We asked the government if we could continue to use coal for power if emissions could be brought to zero and they said no. It’s an ideology versus a business plan, and the government has basically ignored the coal miners.”