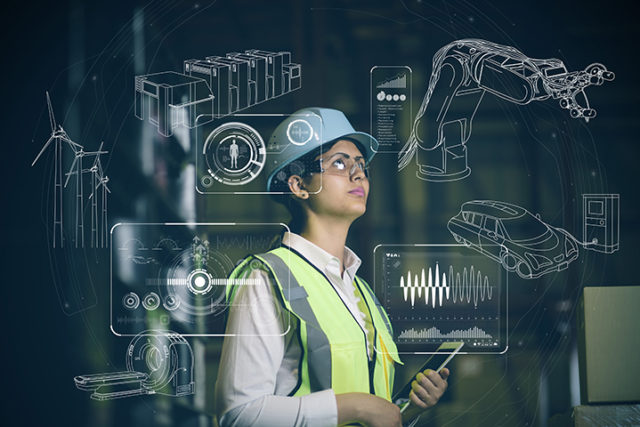 In July 2018, at the height of the Canada’s summer trade war with the United States over steel and aluminum tariffs, Statistics Canada quietly announced that Alberta’s manufacturing sector had seen a third consecutive month of increased sales, as well as a growth of 13.7 per cent from 2017. The report noted that increases in sales of chemical products and the electrical equipment, appliance, and component industries were chiefly responsible for the growth, which in July was outpacing total Canadian export sales growth by nearly double.

Such numbers are not what one would expect of a province still emerging from a recession while smarting from the impact of punitive trade tariffs imposed by its primary international trade partner.

“We’ve seen steady improvement in our manufacturing sector over the past three years,” says David MacLean, divisional vice president for Alberta at Canadian Manufacturers & Exporters (CME), Canada’s preeminent manufacturing advocacy organization, speaking in September 2018 prior to the announcement of the US-Mexico-Canada Agreement (USMCA) on September 30, 2018.

“The impact of the Trump tariffs has certainly been painful in certain pockets, but across the board it hasn’t been a huge hit. Overall we’re still seeing a significant bounce back in our manufacturing sector, with things getting back to normal. We’ve still got a way to go, but we’re gaining a lot of ground.”

The sector employs roughly 130,000 Albertans at an employment rate that grew by 3 per cent between 2016 and 2017 – in contrast to the province as a whole, which saw an uptick in unemployment from a recent low of 6.7 per cent in May 2018 to 7 percent in September.

However, none of this is to say that things are easy for the sector at this challenging economic juncture. While Alberta’s manufacturing sector is increasingly diverse, an outsize portion of it is still closely tied to oil and gas, both on the petrochemical side and the heavy industrial equipment side, and these industries are still facing significant challenges stemming from the mid-2014 oil crash. Many of these same operators have also had to contend with massive increases in steel costs stemming from the mid-2018 trade tariffs, which led to crippling increases in the cost of capital projects.

For the little guys in the industry, the impact has been enormous.

“This is the worst I’ve seen in decades,” says Frank Herbert, founder and owner of Devcan Machine, a small family-run company in Leduc that produces drilling and other components for oil and gas operators.

“I’ve been in the business since 1981, starting operations in the middle of what was the worst recession in memory at the time; and this is, without question, the worst I’ve seen.”

As with many operators in the Leduc-Nisku industrial park, with its strong ties to the energy sector, the US trade tariffs saddled Herbert’s company with unwelcome additional strain on what was already a shaky situation by inflating the cost of much of his raw materials.

“We need our leaders to come to a resolution on this trade impasse,” says Herbert, speaking ahead of the USMCA announcement, which brought an end to many (but not all) of the tariffs. “Otherwise many of us aren’t going to survive this.”

McLean acknowledges that there are indeed pockets of “real pain,” but also asserts that these are relatively isolated cases, at least thus far, and that the province’s agrifood sector continues to boom and new players in 21st century sectors like artificial intelligence and the Internet-of-Things are now making their presence felt. He further adds that improvements in the overall health of Alberta’s manufacturing sector have been such that even those industries dealing in oil and gas equipment are seeing improvements, even as the province’s own energy sector is still lagging, as a result of an increasingly global export picture.

“There’s been a growing interest in markets other than the United States since well before the election of Trump and the imposition of tariffs, and recent events have led to increased focus of this kind,” McLean says. “There’s certainly no question of ‘replacing’ the US as a trade partner owing to its size and proximity, but there’s a growing appetite in this province for new markets. If you’re a manufacturer and you can hire yourself an export market consultant, you can do extremely well for yourself.”

Even on the US-Canada trade front, McLean remains positive.

“When the reality sunk in that (Trump) had won the election, we knew we were in for some challenging times, but we also had hope because we had been telling both the Trudeau and Harper governments that NAFTA needed to be modernized. As such, we do hope that something better and improved will come out of all this. We need a trilateral NAFTA deal right now, or we’re going to be dealing with steel and aluminum tariffs for a long time to come. Suffice it to say, manufacturers are people who aren’t afraid of tough negotiations.”

As of early October 2018, Trump’s tariffs on Canadian steel and aluminum remain despite the USMCA announcement. Canada is currently disputing the tariffs before the World Trade Organization, while Canadian Foreign Minister Chrystia Freeland and her US counterpart Robert Lighthizer have stated that they will continue to deal with the issue in a separate track of negotiations.

McLean remains confident in the federal government’s capacity to reach a settlement beneficial to Alberta’s manufacturers, and of the sector’s capacity to prevail.

“On the political side, we simply need cool heads to prevail at the negotiating table. As for our manufacturing sector, the ramifications have been real, but the bigger picture is three years of continuous growth, and I don’t see that slowing down. We increasingly have a critical mass of manufacturing and exporting expertise in this province, which stemmed from oil and gas and is now spilling into other sectors. As such, I truly believe our future looks bright.” 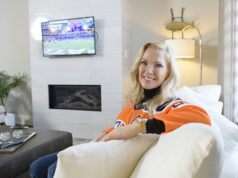 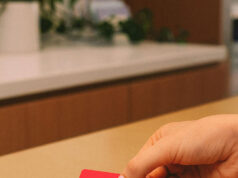 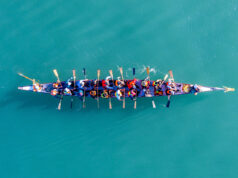