Production World’s journey started in 1995 when Jon Beckett, President, and Kelly Kimo, Vice President, founded Angel Audio. The paring was ideal. Not only were both business partners entrepreneurial minded, but Beckett is also a live soundman and Kimo is a musician. They understand the industry on all levels.

“In fact, says Beckett, “one of the things most people don’t know is that Kimo can play a guitar at the same level as Eddie Van Halen. Periodically, staff can hear him shredding a guitar in his office!”

From the start, the business venture was a success. Quick growth saw a name change to AXE Productions. It was 2012 when the name changed again, this time to Production World to better reflect the full range of products and services. For 27 years the brand has grown continuously and is now Alberta’s most diversified, tier-1, live event production company. The team consists of 27 core members including video directors, audio technicians, lighting designers, camera operators, video editors and script writers, along with various sub-contractors and production technicians.

“Our success can be attributed to several factors,” says Beckett, “including the company’s experience in providing a full suite of services with sound, lighting, staging and video. We have honed in on the execution of live events of all types and scales, from concerts and festivals to corporate events.”

He continues, “Production World has been consistent in attracting and employing highly experienced, creative and innovative individuals who help take the company’s productions to the next level. Diversity has also been a key factor for success. Beyond live events and live virtual event production, Production World also creates videos, offering everything from location shooting to editing. Additionally, there is a commercial division that sells, designs and installs high-level audio-video systems in all types of venues. We have also built long-lasting relationships by going the extra mile, providing whatever is needed to ensure the success of clients’ events.”

Those events include some of the biggest names in the entertainment industry such as Sarah McLachlan, Tom Cochrane, Burton Cummings and Randy Bachman, Jann Arden, Foreigner, ZZ Top, Ice Cube, David Spade, Chelsea Handler and Howie Mandel, to name a few.

Kimo adds, “We have been behind events featuring Canadian politicians, US Presidents, actor William Shatner and the Aga Khan Foundation. Canadian Country Music star Brett Kissel compared Production World to companies he has worked with in New York, Los Angeles and Nashville. We have also had the pleasure of working with Trixstar and their team including last summer’s Together Again Concert Series, which involved some of the top entertainers in Canada.

Production World provides services for multiple events at the River Cree Resort and Casino, working on, at times, more than 100 events a year in its entertainment centre. Some of the acts they have produced for River Cree include Diana Ross and Jay Leno. The company is also proud to have produced events at KDays for 25 years where the scope of production requires up to seven stages, from very large-scale concerts to children’s entertainment venues.

Kimo says, of KDays, “Although Northlands is now a past part of Edmonton’s cultural history, we truly remember and appreciate the team we worked with over the decades. When there’s that much going on, it takes a remarkable team effort to entertain hundreds of thousands of people.”

A feature of Production World is its ability to move and change with the times – and few times changed as quickly as 2020 and 2021 when live events around the world came to a standstill because of COVID.

“It decimated Production World’s live event schedule,” Beckett admits of the challenges of the pandemic, “but we had already begun to produce hybrid events involving live streaming. The team decided to seek further opportunities to produce live virtual events and within the first month we had our first client. Since then, Production World has produced more than 300 live virtual events.”

They produced the first large scale COVID-friendly event at the Edmonton Exhibition Lands Racetrack Infield, working with bands such as Blue Rodeo, Our Lady Peace and Tom Cochrane. When the momentum began to build, Beckett and Kimo made the bold decision to build a 3,000 square foot soundstage within its existing facility. It was a game changer that ushered in Production World’s current evolution as a masterful producer of hybrid and virtual events.

Beckett reminisces, “Just a few months prior to COVID wiping out the events industry, we had the pleasure of hiring broadcast veteran Chris Duncan. He helped launch A-Channel in Edmonton more than 20 years ago and was an executive with City-TV, CTV and Shaw Television. Well, the timing couldn’t have been any better! Before you knew it live productions shut down and really the only work we could get was virtual. We built that state-of-the art 3,000 square foot production studio and the first event held was for Junior Achievement Alberta with a virtual live auction by Danny Hooper, in which we raised $75,000 for the organization. Chris really was a dream hire and we are forever grateful for all that he brings to the table.”

“Like most live event production companies, sustaining momentum is always a challenge, says Kimo. “This includes maintaining production inventory by investing in upgrades to keep our leading edge. However, the opportunity to work with great organizations and their people to realize a successful event is perhaps at the top of the list of what is rewarding for the work we all do here. The confidence and gratitude we have for our team is immense. We are able to accomplish what we do because our staff are among the best in the industry.

Everyone at Production World is highly invested in giving back.

“We are very proud of the work we do, especially with non-profit organizations,” says Beckett. “Over the years we have sponsored events well into the millions of dollars, helping charities throughout the community.”

Kimo adds, “We have had the pleasure of working with the John Cameron Changing Lives Foundation for about 10 years. Through that relationship, we helped produce The Singing Christmas Tree at the Jubilee Auditorium as well as a very special event called Crescendo. This event takes place twice a year, once in Edmonton and then in Calgary. It is a major fundraiser for mental health organizations in the province. Being in the live event industry as long as we have, we feel these are the best locally produced events in the region.

“In Edmonton, Crescendo takes place at the Francis Winspear Centre with a 60-piece orchestra that John Cameron and his team pull together, and a 60-piece choir with many vocal soloists. It is truly outstanding and all for a great cause. As a company, we really get to flex our strengths and capabilities in this event with 400 panels of LED video wall and a state-of-the-art sound and lighting system that boasts nearly 150 channels of audio. In our business, the level of production required is not for the faint of heart!”

“We have always been a big supporter of one our favourite charities, the Nina Haggerty Foundation and their yearly gala. The Here’s Nina production is always a wonderful event!” they add.

In 2021, Production World began producing an event called Jammin’ for a Cure in association with the Cure Cancer Foundation; a live, virtual music marathon featuring many performers over two days. The first event saw 32 performers give their time and effort. Together with the second iteration of Jammin’ for a Cure in March of this year, the event has raised $100,000. Production World also created and managed the online silent auction in support of the event.

Over the years, the company has been recognized by such organizations as the Edmonton Chamber of Commerce Small Business Awards in 2000 and Jon Beckett won the 2019 Outstanding Industry Professional Award at the Edmonton Event Awards put on by Timewise Event Management.

Any win, among a team member or for the company as a whole, is considered a win for everyone involved. Beckett and Kimo credit the team and their hard work as an integral part of the success Production World continues to enjoy. Equally thanked are the many clients Production World has helped over the years, the non-profit organizations the company is fortunate to work with and the ongoing support of the community at large, especially during the fast pivot of COVID.

“It goes without saying that the success of an event is the company’s ‘raison d’être,” say the founders. We are very optimistic about our future as live events return and the market adjusts. We feel we will see a combination of hybrid events and micro events right up to full-on sold out shows, assuming we can keep health measures in place to allow for a return to some sort of normalcy. What is also critical is the experience leading up to the final execution of the event. Production World wants its clients to feel that the journey was just as rewarding as the final product.”

They conclude with a smile, “We are pleased to be an independent company controlling our own destiny, and to call Edmonton home!”

Production World is your local solution for the full spectrum of production services for live, virtual or hybrid events of all sizes. The founders, along with their team, are committed to exceeding client expectations through innovation, creativity and investment in the tools of the trade that keep them on the leading edge. Production World will continue to provide that “wow” factor for events and drive meaningful change in the community by partnering with non-profit organizations. 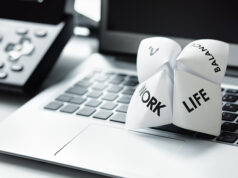