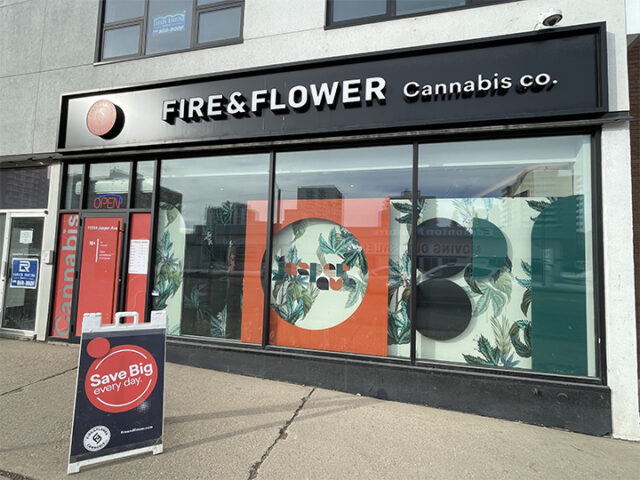 These days, it’s rare to run into someone, or at least someone who knows someone, not already enjoying the freedom to legally indulge in their preferred cannabis product. While the federal government’s decision to legalize cannabis, finalized October 2018, was a hot topic at the time, in under four years stigmas are falling off and business is booming.

Just how big is this business? Local success stories illustrate how fast it has already grown, and the incredible potential in years to come.

Fire & Flower opened as a start-up business with its first office located in Edmonton shortly before that October. In just a few years’ operation, the company launched by cannabis enthusiasts who created the cannabis shop they’d want to shop at, has grown across Canada into an international business with a Fire & Flower branded location in the U.S. – and more to come.

“Starting with several retail stores across Alberta and Saskatchewan, we’ve continued to grow rapidly across Canada through an organic progression, opening stores and through some acquisitions,” says Matthew Anderson, Executive Vice President, Legal, Compliance and Business Affairs and Corporate Secretary at Fire & Flower Holdings Corp. “That has resulted in a network of 100 retail stores across four brands and an integrated in-house technology and data platform.”

Edmontonians are likely most familiar with Fire & Flower, including its iconic orange, modern and clean design. There’s also Friendly Stranger, a legacy brand people in Toronto may remember from its Queen St. West location that started out selling accessories and moved into cannabis. Additional brands include Toronto-founded HotBox, and Happy Dayz.

Most recently, Fire & Flower has popped up in Palm Springs, California where many visiting Edmontonians and other Canadians can get a piece of home while vacationing. “Coming into this company, I was passionate about using the Canadian platform as a growth opportunity across the world,” says Anderson. “This is the first foray of many that will take our Fire & Flower brand and retail model into other international markets. We’re proud to do this from here in Edmonton.”

The swift takeoff for Alberta’s legal cannabis market comes in large part thanks to an already streamlined system, business model and network of private liquor stores, laying the groundwork for the cannabis framework.

“This is a great thing about Alberta,” says Jay Shukle, Senior Director of Cannabis with Alberta Gaming, Liquor and Cannabis (AGLC).  “We have AGLC on the business side to handle the procurement and wholesale aspects of the product. We also have the regulatory arm to oversee licensing. Having all of this under one umbrella within an organization where all the communications come from one side, the dots are connected.”

With that quick start, producers federally licensed through Health Canada to supply cannabis product to the Alberta market have grown from 13 to 130. An original 65 licensed retail stores now sit at approximately 760 and the initial 100 SKUs have expanded to over 2,200 individual items for sale.

Retailers are thriving with that influx of products their customers want to see while catering their stores to the variety of buyers. Whether it’s a discount customer seeking more volume at lower prices, a newer customer taking an educational approach or an experienced client with particular taste, there’s something for everyone today.

Such selection wasn’t always the case, though. A highly anticipated July 2018 legalization and business launch was pushed back by the federal government into mid-October, deflating expectations as things kicked off. “It created some supply issues out of the gate,” says Shukle. “Everyone was enthusiastic around the launch and ready to make their millions, but it was a very subdued launch because there was little product.”

Scarcity wasn’t the only barrier the industry scrambled to deal with as they worked to convert customers from a legacy illegal market. “As the initial products made their way into retail, some were criticized for having lower potency, being excessively dry and not giving the customer everything they expected and wanted from the legal market, yet were still priced high,” says Anderson. “We’ve seen the tables really turn on that dynamic, particularly in the last 6-to-12 months. A wide variety of product is readily available in larger formats, and really at a price point in the legal market that’s super competitive with the legacy market.”

Where flower and pre-rolled products initially made up the bulk of sales, today it’s a whole new world. “[Since then,] the federal government has allowed this whole array of new products like vapes, concentrates, beverages, edibles and topical products like bath bombs. It all appeals to different demographics,” says Anderson.

Of course, where various levels of government are involved, work continues to find the best way forward for all. Dealing with multiple regulators across their business, Anderson describes the cannabis experience as, “a lesson in the Canadian experience.” He explains, “We have a division of power with different orders of government, sometimes butting heads with each other and needing to sort out what their own responsibilities are within their own sphere.”

Current consultation between federal and provincial governments focuses largely on revising potency and capacity limits, especially around beverages as industry and government alike recognize it’s time to revisit that aspect. “It’s one of the more innovative categories bringing new people into cannabis,” says Anderson. “Also, ongoing and on the horizon is a profound change in the overall availability, quality and pricing of product.”

Also welcomed are additional provincial regulators giving the nod to cannabis delivery. “We’re looking forward to launching our Firebird Delivery Service in Alberta since piloting it in Ontario, offering delivery within an hour or less within specific environments,” says Anderson. “That convenient, quick delivery, conventionally an option in the legacy illegal market, opens doors for the legal market.”

While Shukle says Alberta’s retail market is close to saturation for the time being, businesses opening retail store doors undergo a streamlined process, typically completed in three weeks. Initial stages focus on the municipality, essential in Alberta where dry municipalities remain. Each municipality is involved in compliance requirements and assessments.

There’s also preliminary assessment and due diligence performed around the applicant’s situation on both the personal and financial side that helps protect the reputation of the industry and all its players. “In light of learnings from the other businesses we’re in, whether it’s gaming or liquor, we don’t want people of ill repute in the business,” says Shukle.

After premises assessments and all boxes are checked, the license is granted and an AGLC outbound team onboards the retailer.

Like retailer regulations, cannabis consumption within the province depends on each municipality’s rules, which differ around public consumption or places legal cannabis can be consumed. It can be transported across borders within Canada so long as it’s a legal product, proven by its excise stamp. It can also be transported through airports within the country, but only within the personal possession limit of 30 grams and obviously is not to be consumed in the airport or on the airplane. As far as crossing international borders, Shukle reminds people, “That’s an absolute no.”

Those curious about cannabis are encouraged to visit a retail store. “It takes away some of the stigma people may have around it,” says Shukle. “As we’re into the fourth year of legalization, the stigma is going away but visiting the shops can show how accessible and sharp these retailers have created their products and spaces to be.” 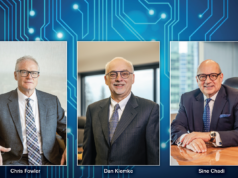 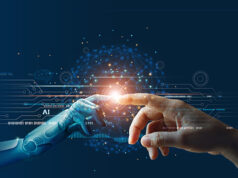 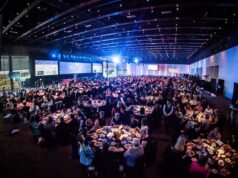 JA Business Hall of Fame, Presented by ATB, Introduces the 2022...