Alberta is known as an oil and gas province, but agriculture is a strong player in the economy too. While the overall economy fell 4 per cent in 2015 (following growth of 4.5 per cent in 2014), Alberta’s agri-foods sector remained relatively unchanged, bringing in $5.4 billion in gross domestic product. Now, as Alberta seeks to continually diversify and reduce dependency on oil and gas, it’s time to take a closer look agriculture and farming.

Did you think farming was a nice aging couple going outside and planting seeds, then using a little tractor at harvest time? That’s how it was done back in the day, but today’s farmers are using everything from drones that inspect crops to the in-development “Tarzan”, a Georgia Tech-built robot with swinging arms and 3D claws that can get up close and personal with individual weeds.

Farming these days requires a combination of technology, robotics, business management and loans to support the process of taking food from the farm to the table.

“It is true that there has been a shift from smaller to larger farming operations,” admits David Hirch, managing director, product and pricing, ATB business & agriculture.  “This trend has been ongoing since the 1920s.  That said, there continues to be farms of all sizes that operate under different business models and are doing very well.  As a financial institution, it is important for ATB to provide financial services to operations regardless of size.”

The first Alberta Treasury Branch (ATB) opened in 1938, and the institution always had an affinity for the province’s farmers and entrepreneurs.

“I was born a farm kid, and we had a lot of respect for what the leaders of the time were doing. We respected the function of the Treasury Branch, which was to benefit the farmers and small business. That’s the reason I went to Treasury Branches. I felt some sort of bonding with them,” an early customer, Doug Ross, noted way back in 1949.

Things have changed, but the support of farming in the province has not.

“In terms of how lending has changed, the basics are the same, but what has changed is that operations have become more specialized and, in turn, so have financial institutions,” Hirch points out. “Most farms are no longer mixed operations (cropping, cattle, hogs etc.).  Rather, the larger farms are more specialized, focusing on producing one commodity; so most grow just crops, just cattle and so on.

“As the operations have specialized, so have financial institutions.  For example, a bank might have a resource who is an expert in the dairy industry and provides guidance to relationship managers and others who have dairy customers.  The other change is that financial institutions have adapted to larger cropping operations, owning less land and leasing more land.  The focus is then on providing the capital they require for the more expensive and larger equipment without the large owned land base.

“As the operations grow in scale, the financial reporting they provide, and that most financial institutions ask for, has changed.  The larger scale operations may have financial managers or, at a minimum, an accountant who is quite involved in the operation.  These operations, as they are larger and the capital required is significant, are more likely to be incorporated and run more like businesses versus the traditional older farm of decades ago.”

Large scale operations require large scale equipment, like the four wheel drive track tier 4B Stieger 620 from Case. Featuring 620 engine rated horse power (you can get 682 out of it at maximum speed), this giant tractor costs a cool $673,000 – and larger farms own more than one.

“This product is very popular in Alberta because of its size and Alberta’s conditions,” notes a consultant from Hi Line Equipment in Wetaskiwin. “It’s been a leader of the track for 20 years. Provincially, large commercial farms could be running multiple units; some farms, upwards of six units.”

The consultant points out that big farms simply need big equipment to be competitive.

“Obviously, farms are getting bigger, so there is a demand for bigger equipment and higher horsepower. Also, technology is rapidly changing. There is a big swing in sectional control to avoid any overlap in seeding or spraying, and some tractors actually drive themselves! The producer can sit and home with a laptop and control the equipment in the field. Who knows where we will be five years from now?”

Case is just one supplier of these future-forward farming machines. Lexion’s CLAAS 780TT combine harvester is the biggest in their fleet. A fully loaded 780TT can sell for over $780,000. It’s a machine that Cedric Schramm, sales representative at Pentagon Farm Centre/Alberta Harvest Centre in Westlock, is happy to discuss.

“The Lexion is gaining more and more market share over the recent years, but there is still a lot of work to be done before we have majority market share.” He smiles, “It’s not impossible as it is a superior machine in comparison to the competition!”

Schramm is proud of the Lexion name and what the equipment under the brand can accomplish on Alberta’s farms. “We usually sell the biggest models available, which are able to handle about 2,500 to 3,000 acres of harvesting depending on the year and operation. Therefore, the majority of our customers purchase one unit. I have noticed a trend in regards to combine harvesters, specifically since the majority of the units we sell are the two biggest machines out there. Even though there are plenty of options, it seems as if the majority of our customers opt for the biggest and most powerful machine, even when they come at a large dollar amount.”

The retailer has a special affinity for what he does every day. “I come from a farming background. Selling farm equipment is the next best thing to farming.”

Many Albertans can trace their roots back to a farmstead in the province, and to this day we love to benefit from local farms of all sizes: from picking up Alberta-grown produce, dairy and meat at the grocery store to buying cartons of eggs and jars of honey at the farmer’s market.

“Agriculture is a vibrant business and, along with the energy sector, is vital to this province,” Hirch concludes. “ATB believes in the importance of supporting those who produce our food.  Many ATB teammates continue to be involved in agriculture throughout the province, and ATB even has an Agriculture Centre of Expertise that provides support to our customers and teammates.

“But it isn’t just those who grow food or process agriculture products. There are also many jobs in industries that support agriculture, including everything from equipment dealerships to veterinarians, trucking to crop input dealers.  All of these are integral to rural Alberta. ATB has heard the voice of rural Alberta, and those who depend on rural Alberta, from day one.”

Alberta is a proud centre of agriculture for Canada, and as farms continue to grow and evolve, our appreciation of what our farmers do for consumers and our province will continue to grow with each successive crop. 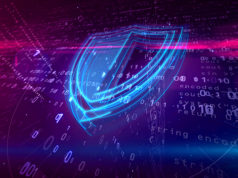