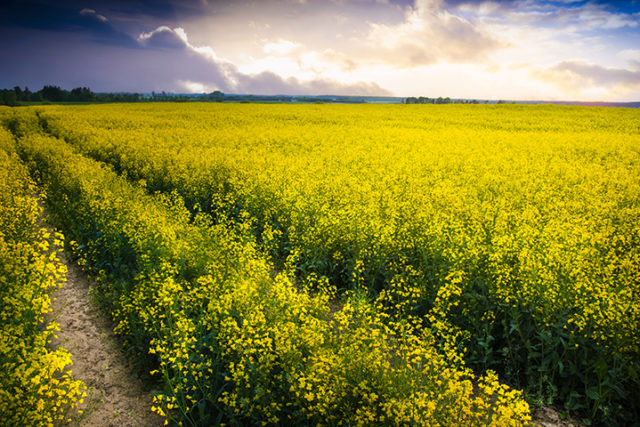 Like many in his profession, canola runs deep for Scott Keller.

The prized crop takes up a quarter of Keller Farms near Camrose, Alta., sharing rotation with wheat, malt barley and a pulse – usually peas or fava beans. But it also represents three-quarters of the farm’s profits.

It’s the last to go in the ground, and first to put food on his family’s table.

Yet with canola now at the centre of a geopolitical tug of war between Canada and China, Keller is unsure of what the future holds for his farm.

“There are a lot of crops we grow that just break even. And while canola’s not a guaranteed moneymaker, it’s as close in farming as you can get to one,” he says. “Hands down, it’s been the most crop for most everybody on the Prairies that’s in a canola-growing region.

“Whether you’re growing it on half your farm or 25 per cent like I am, canola represents the majority of the net income.”

Earlier this year, Chinese officials brought Canada’s canola industry to its knees when it banned imports of the seed from two of Canada’s largest exporters: Richardson International and Viterra.

“This is 100 per cent a political issue. I don’t believe it has anything to do with bugs in the canola. They’re just using that as an excuse to make a point,” says Neil Townsend, chief market analyst for Winnipeg-based FarmLink Marketing Solutions, whose company’s clients are located throughout the Prairies.

“If you look hard enough at any cargo from any country on the face of this Earth, you’re going to find something that shouldn’t be there. That’s just the nature of the game when you’re talking about 55,000 tonnes at a time.”

Either way, the stakes for Canada’s canola industry are high. Canada exports approximately 90 per cent of the canola it produces – 40 per cent of it going to China, which imported $4.4 billion of canola products in 2018, according to the Canola Council of Canada.

“This is traumatic for western Canadian farmers. It’s sunk the price of canola, which was already being challenged by the global abundance of all types of oilseeds,” says Townsend, adding 90 per cent of China’s annual canola needs were previously being fulfilled by Canadian imports.

Prior to Wanzhou’s arrest on Dec. 1, canola futures were at $479 per tonne. By the end of April, they declined by more than eight per cent to $439.

“More farmers are going to have to hold canola until next year – not just because they don’t like the prices, but because there isn’t the market for it,” says Townsend.

Canola oil is currently not being affected by the restrictions. Chinese demand for the Canadian crushed product and the associated meal has increased slightly over the past couple years, but will not offset the declines seen with the seed, says Townsend.

Alberta might feel the brunt of the impact. While Saskatchewan grows about 55 per cent of canola in Canada (30 per cent in Alberta, 15 per cent in Manitoba), Alberta accounts for almost 100 per cent of seed production in the country, says Brian Innes, vice-president of public affairs for the Canola Council of Canada.

He estimates farmers buy $1.2 billion of canola seed annually from companies located near Lethbridge – business that is now at risk when farmers are still looking to offload last year’s harvest.

“If you’re in the business of producing that seed, the uncertainty around the Chinese market affects you, too,” says Innes, adding while the crop accounts for $11 billion in exports annually, the industry contributes about $27 billion to the country’s economy, including more than 250,000 jobs.

Innes says the Canola Council of Canada continues to explore new markets for canola. The United States imported 5.5 million tonnes of canola products in 2018 worth $3.5 billion, followed by Japan and Mexico both with 1.3 billion.

“With uncertainty in China, it’s encouraging the Canadian industry to look more to other markets, such as short-term opportunities in Pakistan, Bangladesh and Europe or long term in Asia where growth and demand for oil is strong,” says Innes.

In the meantime, it has caused a backlog in the Prairies. While southern Alberta farmers have already started seeding, those further north in the province are not sure which crops to grow, says Alberta Canola Producers Commission chair John Guelly.

“They’ve typically had rotations set up for months, but are wondering if they should grow more canola because they likely still have some sitting in bins,” says Guelly, noting of the 43,000 canola farmers in Canada, 15,000 are in Alberta.

“I’m hearing there will be a five to 10 per cent cutback in the amount of canola Alberta farmers are planning on putting into the ground. But, in most cases, the seed has already been bought, paid for and delivered. It’s difficult to make a change at this point.”

If the U.S. soybean market is any indication, Canada’s canola farmers might be in for a long ride. Last June, China instituted a tariff on soybeans, which dropped the price by about $2 per bushel over a two-month period, or about 20 per cent. A year later and the market has not lifted much off those lows, instead going sideways.

“That’s a pretty big drop for a commodity that almost every farmer grows. And I don’t believe this China issue is going away any time soon.”

“More uncertainty, more volatility, more geopolitical nonsense, more macroeconomic weakness,” he says. “There’s not a clear-cut, easy-to-see pathway to sustained higher prices. The more likely outcome is 2019/20 is going to be a weaker-priced year than the last decade, and it’s going to take farmers some nimbleness to negotiate their way through it.

“They are going to have to take profit when profit is on the table, no matter how it looks, so they can survive to farm another year.”

Keller has no plans to fully step away from canola at his Camrose-area farm. Yet he anticipates that decision will get tougher the longer this conflict goes on – especially if he’s holding a commodity in the bin that’s devalued by nearly 10 per cent, while also having to borrow money at three to four per cent just to stay afloat.

“The big impact for myself, and likely a lot of other Alberta farmers, is I’ve still got a good chunk of my 2018 canola crop still in the bin,” says Keller. “It’s cost us about $40,000 so far. That’s the profit my family needs to live on for the year. It’s a major hit to the bottom line.”