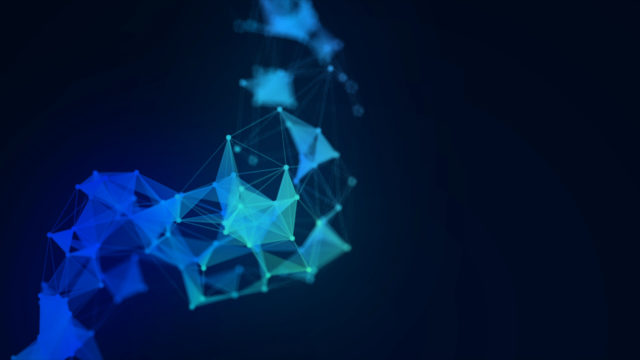 When Adam Derges, founding partner and vice president of strategic initiatives at Raintree Financial Solutions, is asked what led him establish his own firm, his answer is simple: he wanted a firm he could trust with his mother’s money and he couldn’t find one.

“I started the firm because I was seeing all these exempt market brokerages popping up at the time, but [I felt they] were making decisions that were not in the best interests of their clients,” he asserts. “All this was happening in the recent aftermath of the 2008 market crash, and it was obvious that people hadn’t learned their lessons. In fact, I was on the verge of leaving the industry but was persuaded to start my own firm after hearing from many investors who shared my concerns.”

In 2009, a series of amendments to Canada’s securities regulatory system ushered in a new class of investments under the banner of exempt market securities. So-called exempt securities – securities unburdened by onerous process of filing a detailed prospectus – have since become a popular means for high net worth investors to diversify their holdings beyond stocks, bonds and cash and to invest in specific market sectors, including innovative early-stage companies not yet large enough to be publicly listed. Exempt securities exist outside the realm of public stock exchanges, being bought directly from companies and exempt market dealers (EMDs), making them difficult to resell.

As such, the exempt market is not a domain for a first-time or inexperienced investor, as Curt Boechler, a senior advisor at the Alberta Securities Commission, explains. “These investments are generally illiquid and subject to a set of conditions called ‘resale rules’, which can include a hold period on the securities. Whether in the private or public market, individuals should ensure they are familiar with resale restrictions and any other important aspects of the security before investing.”

“The main advantage to the exempt market is being able to access unique investment opportunities that you can’t get through a public company,” says Raintree CEO Peter Kinkaide. “If you’re in a position to handle certain types of risk, namely the illiquidity that generally comes with such investments, the returns can be significant.”

While the sector has grown in leaps and bounds over the past decade, it has not been without its growing pains. A May 2017 report by the Alberta Securities Commission (ASC) asserted that many EMDs had “significant deficiencies in the collection and documentation of KYC (know your client) information,” resulting in low-risk clients being saddled with high-risk investments, short-term investors with long-term securities, and other such misplacements of assets. Similar observations have been made by securities commissions in other provinces.

The key to investor success in the exempt market, Derges argues, is finding the right management team.

Derges concedes that even the best exempt market securities dealers have made mistakes, and that prospective investors are well advised to ask potential brokers about their past missteps.

“Probably the most common mistake in the industry has been to underestimate the need for proper placement of investments so as to ensure an appropriate balance between liquid and illiquid assets,” he explains.

“We’ve seen it happen that clients have a portfolio too heavily weighted towards illiquid assets, and then a life event occurs that necessitates quick access to their wealth – quicker than can be achieved with difficult-to-sell assets. This can really screw everything up for investors. In short, if your dealer doesn’t admit to any missteps along the way, they are either lying or too inexperienced to be trusted.”

He further adds that potential investors should look for dealers with good corporate governance and a vested interest in their clients’ success.

“At Raintree we all have skin in the game, and we’re highly motivated to earn investor returns. This has been part of the company’s DNA right from the start.”

An Oasis of Stability?

For an investment sector once notoriously unregulated and rife with shady players, the exempt market has come a long way in western Canada in terms of respectability. Moreover, the sector may, in fact, be emerging as a bastion of stability amid increasingly uncertain economic times.

At a time of chronic instability in the energy sector and mercurial real estate fortunes, Raintree and other exempt market players in Alberta have increasingly sought to shift their focus to sectors that are as close to recession-proof as possible, such as health care, building management services, and other essentials.

“We just launched a new investment strategy focused on an aggregation of dental practices, and we’ve just closed our first cannabis offering,” says Kinkaide. “We are constantly looking for these types of investment opportunities. Right now we’re staying way from sectors like Bitcoin and Blockchain, as we prefer sectors that have been through their first full growth cycle. Farmland is also a very popular investment sector right now, and one that has been very successful for us for the last 10 years.”

Derges adds that Raintree has been successful in investing in sectors that would never occur to most people, like elevator operators and other building management companies – companies whose business models rely on code compliance.

“If you own an office building, it doesn’t matter if you have 90 per cent occupancy or 10 per cent – you have to keep the elevators running,” he notes.

“Could things get so bad economically that companies can no longer keep their buildings running, or people stop going to the dentist? It’s possible, but these are typically the last sectors to be affected by economic hard times.”

Such stability, he adds, is increasingly hard to come by in Alberta’s current economic climate, in which making any sort of economic predictions is virtually impossible.

“I’ve pretty much given up on making predictions,” he says. “If you had told me five years ago that you would have an NDP government here in Alberta, Trudeau in Ottawa, Trump in the White House, a 40 per cent vacancy rate in Calgary office towers, and $11 oil, I would have said you’ve lost your mind – and yet here we are. The stock market is a pretty perilous place these days, so people are looking for investments with some real assurance, and as such I believe the exempt market is going to see huge growth in the years to come. If we were expecting a bull run it’s doubtful that people would be eager to invest in dental practices or elevator operators, but given the kind of turbulent waters we appear to be heading for, this is exactly the kind of stability people want.”