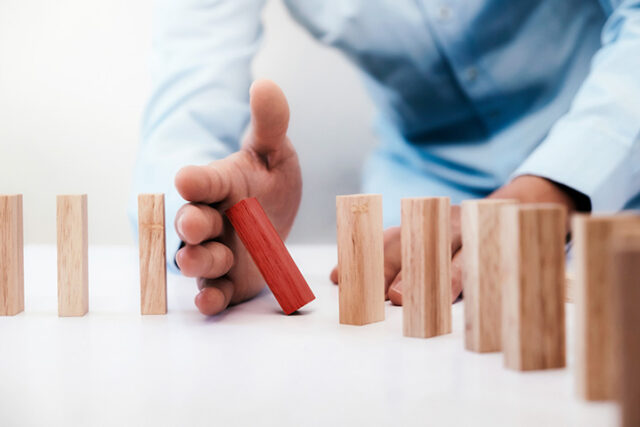 Edmonton businesses are not immune to unexpected, sudden surprises.

There are all kinds of cliched, and sometimes scrambling, scenarios about owners of businesses reluctantly unplugging and insisting they are “away from the business.” But now more than ever, it’s easier for Edmonton owners to stay plugged-in and constantly be at work, despite hard earned vacation time. Somehow, with or without the owner’s input, the business keeps humming, sales continue, customers are looked after, orders get shipped, operations continue and the bills and people get paid.

But what if it’s sudden and permanent? What if the owner is incapacitated or passes away, with no succession plan in place? Experts agree that if succession transition is not planned in advance, it leads to enormous complications that could negatively impact the business’ performance and valuation.

Of course, the sudden impact is much greater on private or family businesses than big corporations and, when there is no succession plan in place and a business owner suddenly dies, it results in a problematic leadership void.

Purely for example, one of the best managed companies – McDonald’s – has succession plans that both identify the successor as well as a complex executable transition plan in place. Tragically, McDonald’s lost two CEOs in nine months, (one to a heart attack and one to cancer) resulting in three CEO transitions. Despite this almost unimaginable series of events, the company’s succession planning allowed it to make the changes without impacting the business.

“Many professionals suggest that succession planning should begin on the day that the business is open,” says Lynne Fisher, MNP National Team Leader, SMART Services, advising businesses in Edmonton and throughout Alberta. “While there are good reasons to do this – relating to a philosophy of always being ready to sell, constantly grooming your own successors, and structural considerations, most owners don’t have the time to do this. Starting to plan for succession between 2-10 years before exiting the business is considered smart planning.”

Michelle Coleman, MNP partner, Taxation Services, underscores that, “In addition to tax considerations, other aspects of succession planning take time to prepare. Timing is important when considering steps required to implement estate and legacy objectives. Planning should suit the owner’s current stage of life and get updated as significant milestones are reached or changes occur.”

The experts agree that, in Edmonton or on a global scale, in business as in life, the unexpected happens unexpectedly – including the scramble of emergency succession.

“Businesses should ensure that records and supporting documents are easily accessible for both the business management and the administration of personal assets,” Coleman said. “Without the proper documents in place, the transfer of a business to beneficiaries can be complex, emotionally devastating, and expensive.

“We recently dealt with a client file where the father (business owner) passed away suddenly in an accident while travelling internationally. Not only was the family dealing with the loss of a loved one and the red tape involved in returning that family member to Canada, but they also faced the challenge of inconsistent corporate documents. Luckily, the cost was limited to obtaining a legal opinion that all shareholders accepted. If the shareholders had not been able to agree, the situation could have taken years and tens of thousands of dollars to resolve.”

The sudden death of the business owner affects virtually every person connected to the company. It can trigger strong emotional reactions, fear and a loss of mental focus. Experts caution that the scope and degree of the impact is routinely underestimated or ignored. If there are unresolved questions about the leadership, the emotions and reactions are amplified.

Elisabeth Finch, Partner with PwC Family Enterprise Services, notes that the basics of efficient succession planning often get blurred and messy when succession happens by chance, not choice. “With an owner’s death, many succession processes are affected. Incapacitation could be even worse with much more uncertainty, because those remaining are making decisions in place of the owner, without clarity on what the future holds. From a succession perspective, it often makes the issues more difficult to deal with and more difficult to suddenly make decisions to keep the business functioning.

“Suddenness may not be ideal for a transition. The business must cope. It could get lucky with people ready to take over but, chances are, people are not ready – not ready yet – and it could expose the business and put it at risk from competitive or takeover sources.”

Fisher continues, “The suddenness of an owner being incapacitated or passing almost contradicts the business concept of succession planning. The impact of an unplanned exit can range anywhere from medium disruptive to catastrophic. Depending on the degree of dependence on the owner and how much continuity and emergency planning has been done, a few of the outcomes might result in key employees leaving due to concern over their livelihoods being tied to the stability of the business, bank loans and credit lines called or withdrawn due to the bank’s concerns over management of the business without the owner (as well as the loss of the owner’s personal guarantee) and customers and suppliers withdrawing due to uncertainty about the future of the business.

“There is also general internal instability and reputational damage which erodes business value, due to the possible perception that the business is no longer as strong without the owner.”

Coleman underscores caution. “The death of a key shareholder can present challenges to the solvency of a business without a comprehensive succession plan. We recently dealt with a situation where the substantial operating loans were called by the bank, as the lenders were uncertain if the business could continue successfully without the key decision maker at the helm. Fortunately, the family was able to make alternative arrangements. However, the refinancing of the business loans was at much higher interest rates and less favourable terms than the original agreements. This situation could have been avoided had a succession plan been in place, saving time and money in the transition of the business.”

In the scramble of emergency succession planning, family members and senior management often cling to assumptions about what the former owner intended or wanted to happen. “This can get very problematic,” Finch notes. “In an ideal world, the details are documented in a shareholder’s agreement. Between a husband and wife, it’s usually not documented. If the documentation doesn’t exist, all bets are off. What people were told, or assumptions, count for nothing in the succession process. Much of the time, the spouse inherits the decision making. The owner can’t direct things or manage from the grave.”

In Edmonton, and in family business in-general, emergency succession is challenging, traumatic, emotion and complicated. And by then it may be too late for succession planning expertise.

“Unfortunately, if there is an unplanned exit (death) of an owner, there is really no role for the succession planning professional to play,” Fisher points out. “If there is legal documentation in place, the next steps fall within what is expressed in those documents and with the executor. If no legal documentation is in place, decisions are reached by the courts.”