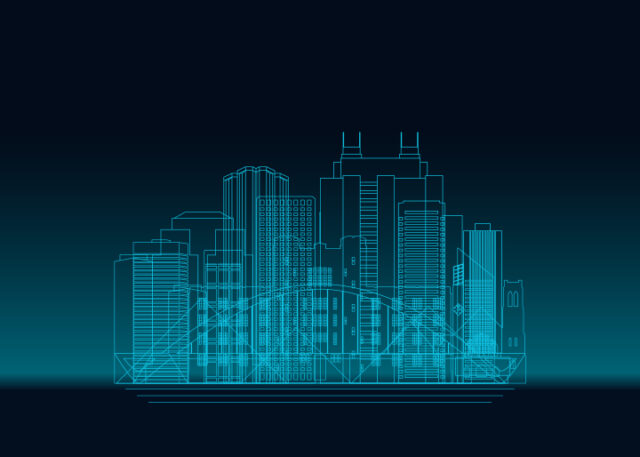 Edmonton infrastructure construction is vital and a proven way to stimulate the economy. While the infrastructure sector was impacted by various pandemic-related speedbumps and disruptions, the direct impact was delays and a recent cut in provincial funding.

Overall, Alberta municipalities and infrastructure construction companies ranged from underwhelmed to disappointed by the recent Alberta budget’s infrastructure funding. The bottom line: municipalities across Alberta will have less money to spend on their own capital projects this year, as the provincial government’s 2022 budget makes good on promised cuts to the grants cities and towns use to build and restore infrastructure.

“There have been three main impacts of COVID,” says the knowledgeable Jayson Veldhoen, District Manager, Civil Infrastructure at Graham Construction. With annual revenues exceeding $4 billion, Graham is one of the leading, fully-integrated construction companies in North America.

“First, there was a reduction in spending in the first eight months of COVID caused by general uncertainty and economic lockdowns that reduced revenue for all levels of government. The low oil prices at the time also contributed to fewer royalty revenues. This slow down abated as we moved through 2021 and governments implemented infrastructure spending as a value-added way to stimulate the economy. Unplanned funding from the province was injected into the large municipalities, and investment on highways was held relatively constant when the industry was anticipating a reduction” he says. “Municipal coffers are still in recovery across Alberta and there is a reduction in smaller projects typically funded on an annual basis – by municipalities.”

The encouraging, good news? The Edmonton infrastructure construction momentum continues. “The city is in the midst of its most ambitious four-year capital program ever. This includes both new and renewal projects,” says Sam El Mohtar, Director of Edmonton’s Transportation Infrastructure Delivery. “The City Plan was released in 2020, which is our guide for how we approach infrastructure over the next 10 years. We are building infrastructure that ensures Edmontonians feel that they belong, they have opportunities to thrive, have better access within the city and feel at home – the roads, the bridges and sidewalks, neighborhoods, parks, facilities and the LRT.”

El Mohtar details with enthusiasm that Edmonton has 270 infrastructure projects on the go, employing some 13,000 people and many Edmonton-based companies are benefiting directly or indirectly.

Although Edmonton’s infrastructure construction is still dealing with lingering pandemic issues, like price increases in commodities as well as challenges in securing materials, “A consistent challenge that infrastructure work faces will always be how short our construction season is: May to October. That’s it!” he explains.

A good sign of Edmonton’s infrastructure construction momentum is that the city’s transportation team is busy. Very busy. In addition to the massive Yellowhead Trail, their to do list includes:

El Mohtar enthusiastically adds that the first of five supportive housing developments are set to open in King Edward Park this spring. “Increasing the supply of supportive housing as a key priority in the plan to end homelessness in Edmonton. The city has a goal of developing 900 supportive housing units, in all areas of the city, by 2024.”

Graham Construction is a key factor in Edmonton’s infrastructure development. Graham is working on the Terwilliger Drive upgrade project and the construction of the Strathcona Pedestrian Bridge in east Edmonton over the North Saskatchewan River. In addition to the company’s current work on the Yellowhead Trail, Graham will be bidding on the upcoming procurements for Edmonton’s Yellowhead Trail program (97 Street to St. Albert Trail) and the extension of the Capital Line LRT to southern Edmonton.

Even though the pandemic broadsides are mostly in the rear-view mirror, there is a rebound and encouraging momentum. Graham’s Veldhoen is positive and enthusiastic about a rebound of infrastructure construction. “The market is actually fairly tight due to shortages of Alberta trade and craft workers and construction supervisors. Some of the shortages are due to many people going back to their home provinces during the early 2020 slowdowns and not yet returned to their construction careers in Alberta. Another reason for worker shortage is Alberta’s construction contractors are often geographically diversified. Mobile employees and contractors have found busy markets for their staff and craft in the other provinces from BC to Ontario and places in between.”

He also highlights one COVID-related broadside for infrastructure construction. “The supply of construction materials and facility equipment has been significantly disrupted by the pandemic and this challenge persists. With COVID outbreaks still affecting production of goods in China and the destabilization of global commodity prices due to Russia’s War on Ukraine, we are going to continue to face disruption to supply and heightened risk for the foreseeable future.

“There was also a reduction in spending in the first eight months of COVID caused by general uncertainty and economic lockdowns, which reduced revenue for all levels of government. The low oil prices at the time also contributed to fewer royalty revenues. This slow-down abated as we moved through 2021 as governments recognized infrastructure construction is a very effective way to stimulate the economy. Federal and provincial spending therefore increased, perhaps with a higher percentage of larger projects than smaller projects. But municipal coffers are still in recovery across Alberta and there is a reduction in smaller projects typically funded on an annual basis by municipalities.”

Veldhoen is upbeat and positive about Edmonton infrastructure construction but also urges factors that would make things even better. “While there was a decrease in contracting activity in 2020 due to COVID, contracting levels have been rising steadily over the last 16 months. It is busier than it was pre-COVID, particularly in the civil infrastructure sector. Encouraging more people, particularly skilled trades, to move to the province would help alleviate some of the pressure caused by the shortage.

“As a North American company,” he says, “Graham is fortunate in being able to level workloads by using employees from other geographical regions to manage its Alberta-based projects. Encouraging more women and secondary school students to explore careers in the trades will also help fill the pipeline as more Baby Boomers consider retirement. Graham supports numerous programs like Women Building Futures and Careers the Next Generation that do just that.”