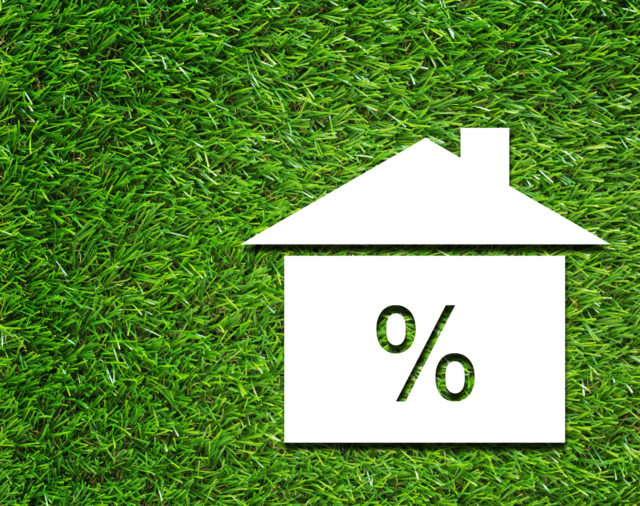 Although the Bank of Canada’s five-year benchmark rate recently dropped for the first time since 2016, down from 5.34 per cent to 5.19 per cent, it isn’t enough of a reduction to make a difference on whether or not buyers can pass the mortgage stress test.

Implemented nation-wide on January 1, 2018, the mortgage stress test is a financial bar designed to simmer down the sky-high real estate markets in cities like Vancouver and Toronto, but it is impacting all markets across the country. Regardless of what deals have been offered by a lender, prospective buyers must be tested as though their mortgage rate is at a higher level. This ensures they are able to afford their mortgage payments should interest rates rise, and to protect them from taking on more debt than they can feasibly manage. However, it is negatively impacting provinces and cities where real estate markets were already somewhat steady. One of those cities is Edmonton.

“The mortgage stress test is essentially a safety net for the banking system — to prevent a housing crash in case rates go significantly higher. With the way property values were rising in Ontario and British Columbia, it started a herd mentality where people began taking on properties they couldn’t afford. But Alberta’s economy, and subsequent housing market, was already cooling down so the very people it is designed to protect are the people it is actually hindering the most,” says Nathan Mol, a Realtor for Liv Real Estate.

The new policy requires all buyers, even those with more than 20 per cent down, to prove they can pay a mortgage on whichever is higher — for an uninsured mortgage it is either the Bank of Canada’s five-year benchmark rate or the contract rate plus 2 two per cent, and on an insured mortgage it is either the benchmark rate or the contract rate, without the 2 per cent increase.

“It’s just a number that the federal government picked. It is completely arbitrary, and while most buyers aren’t benefiting from it, it is disproportionately impacting first-time buyers from entering the market,” adds Mol.

“There is about a $60,000 difference between what a new buyer would have been approved for pre-stress test and what they qualify for now,” says Michael Brodrick, chair of the REALTORS® Association of Edmonton, an organization dedicated to promoting professional trade in real estate and enabling REALTORS® to provide superior services to the general public.

“A buyer who would have been approved for a $350,000 mortgage is now only eligible for a $290,000 mortgage under the stress test,” Brodrick explains.

Lowering the price at which people can enter the market has also put downward pressure on sellers to lower prices.

According to Mol, there are really no benefits for sellers. The stress test has decreased the supply of buyers and even with prices going down, many buyers still can’t qualify. People who want to exit the market right now will end up losing precious equity on their homes

“The equity homeowners build as they pay off a mortgage is important. It is a way of building wealth over time, and it is especially important if you are leaving the housing market. You can put it towards your retirement,” says Brodrick.

“When you have a government intervention in the marketplace that impacts the market fairly dramatically in a short period of time, it’s unfair to people who have invested all of their income into their homes,” Paul Sullivan, a senior partner at a leading commercial real estate and property tax appraisal firm, recently told CBC. “But worse, it’s really unfair to those people who have bought in the past two to three years.”

“When you look at markets like Toronto and Vancouver, home prices are down around 8 per cent off of their highs. Vancouver’s benchmark price is down 7.8 per cent from the highs of May 2018, while Edmonton’s is only down 4.2 per cent. Is the 4.2 per cent decline the stress test or the suffering energy industry?” Matthias asks. “I would be inclined to suggest that it is more the energy market than the stress test. There are, of course, a few who have been affected but they are in the very small minority. In a worst case scenario, the stress test reduced the maximum amount someone can be approved for by about 20 per cent. However, in our experience most homeowners in Alberta don’t push up against the maximum amount that they qualify for anyways, so that 20 per cent reduction in qualification doesn’t affect most people.”

Home sales from last month in June were actually up from the year before with 935 single-detached family homes selling versus 889. However, the median price was down from $397,000 to $380,000. Homes also sat on the market in June of this year for longer than they did in 2018. It took an average of 55 days for a home to sell rather than 36, but Mol adds that there are many that aren’t selling at all.

“The effect of the mortgage stress test is so much more complicated than most people really understand. Its impact is dependent on the area of the city, the style of the home, the quality of the property — there are many factors that impact these statistics and despite a slower market, we are still seeing multiple offers put down on great homes. I guess one benefit to all of this would be that it allows buyers the opportunity to make good decisions and not be rushed into unnecessary bidding wars for average or sub-par properties,” he explains.

Jason Kenney, Alberta’s Premier, promised to fight Ontario’s “unfair” mortgage stress test rules during his opposition against Rachel Notley. He promised to create a ministry to reduce the number of regulations and other procedural hurdles that stand in the way of first-time buyers by one-third. This is part of Kenney’s larger plan to galvanize the Alberta economy, but does this initiative stand a chance?

“While I think the stress test will eventually need to go when and if Toronto and Vancouver markets return to normal, I think there are better things for our provincial government to be focused on. In a market where an average homebuyer can still buy an average home, I think our provincial government would be better off working on areas where they do have the ability to move the needle, rather than focusing on hot button issues that they can’t really change,” says Matthias.

“Kenney has no authority to cancel it, but the plan is to continue speaking against it. It will be challenging because the federal government finds it is working well and controlling debt levels,” concludes Brodrick, who believes the UCP should focus on changes to the stress test such as regionalization or a lower test rate rather than attempting to completely remove the stress test.

Until such alternatives are up for discussion, Alberta’s will have to be content with the lowering of the Bank of Canada’s mortgage rates.