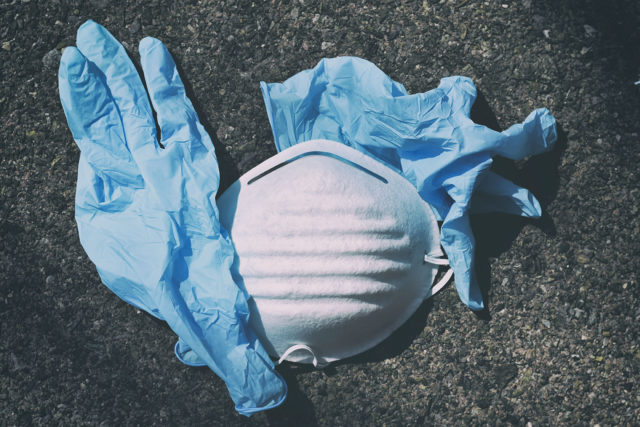 It was supposed to be the next roaring ‘20s, but little did anyone know when the clock struck midnight on January 1, 2020, what would happen in just a few short months.

Of course we all know that COVID-19 didn’t start in 2020. In our Canadian bubble, hearing about a virus that allegedly originated in a market in Wuhan, China, never did anyone think that in March of this year our country would be shut down… or that countries would close their borders, businesses would be shutting their doors, that toilet paper and hand sanitizers would be more coveted than a reservation at Corso 32, and that the simple act of going to the grocery store now consisted of wearing a mask, going down one-way aisles, and maintaining a distance of six metres from someone else. That schools and religious facilities would close. That we wouldn’t be able to hold gatherings.

It sounds hard to believe that this sort of thing could happen in 2020, but, as we know now, it did.

On March 17, 2020, the Government of Alberta declared a public health emergency in the province, and on March 20, 2020, the City of Edmonton declared a state of emergency in order to stop the spread of the virus. In the days that followed, the city, province, and country all announced various funding packages that would help ease the burden of the shutdown. New social distancing rules were put in place, including limited gatherings in Alberta and all non-essential businesses closed.

Thankfully, the provincial government has deemed construction an essential service, however, it was reported in the Edmonton Journal on April 15, 2020 that Mayor Don Iveson was asking the province to support $2.1 billion worth of construction projects that Edmonton may not be able to fund on its own thanks to the COVID-19 pandemic. Many projects are also at risk of being delayed.

For Chris Ambrozic, president of Scorpio Masonry, those first two weeks in March after the shutdown were the hardest.

“[Learning to adapt] to the changing macro environment was challenging because there were new events happening every day, whether it was a new government program, which affected our employees since some individuals were forced to stay home because of child care, or figuring out if our business would continue to be an essential business as defined by the provincial government,” says Ambrozic, whose company has been in business for the past 40 years and does masonry contracting work in Western Canada. “Putting in new job procedures and safe work practices related to social distancing, the lack of personal protective equipment… those first two weeks were the biggest challenge, for sure.”

After the shutdown started, Scorpio Masonry made sure to increase their communication with their team to respect social distancing. They put out safety bulletins once a week and adapted each individual site differently depending on how COVID had impacted projects. Ambrozic adds that they have been very fluid in dealing with the variabilities with different sites, and even though the first two weeks felt like two months, once they had those measures in place, they were able to adapt to the change a little better.

Although Scorpio Masonry is still working on projects, some of which had to be shut down due to exposure to COVID-19, they have had to make the difficult decision to lay off some of their workers due to various factors, including the need for child care and employees feeling sick and having to self-isolate. Ambrozic adds that once the pandemic ends, their company will be a lot more adaptable to change and he thinks that they will be able to react better to a quickly-changing environment.

“I’m hoping that’s where it will take us, to get a positive spin in it. I think the economy is going to be – in Alberta especially – a lot different,” says Ambrozic. “We will be focused on certain things moving forward for sure and the work will be different. There will less of it, and it will be more competitive.”

Mike Millard, vice-president of sales at Milltech Millwork Ltd., a cabinet-making manufacturing shop, says that they have not shut down their business and have been maintaining contracts that have carried over from last year, along with some new projects.

“We are kind of on the larger side of the cabinet-manufacturing industry, so we have had contracts going since last September,” says Millard, who adds that they manufacture architectural woodwork and store fixtures. One of their largest clients nationwide is Sport Chek. “What we have been doing now, because we have been hit hard by the slowdown, we have been negotiating to get off-site storage agreements for manufactured product for the jobsites that have been shut down. We have had about three major projects shut down, so we are stockpiling for when they do reopen these sites.”

Millard says that of their 70 staff, they have not had to lay off any workers as of yet, but he does foresee it coming. They have had to cut down on overtime with their work hours being reduced to 40 hours per week. They also have a number of workers with children who have had to stay at home when daycares and schools shut down.

Since Milltech is a fairly large shop, their workers can safely maintain physical distancing measures. Millard adds that they have a number of staff also cleaning and disinfecting equipment and surfaces constantly to maintain a sanitary work environment.

Since there has been a slowdown in business, Millard says that companies in construction should best adapt to this new normal by remaining competitive and not lowering their prices.

“My opinion is, not to be scared into lowering your prices. Keep everything clean and priced competitively, however, do not sell the farm, per se,” he says. “We have to do our due diligence because overheads do not change, and the government subsidies will run out if/when you need them.”

Millard adds that the company will try to thrive, pending tenders. However, he has seen some projects be delayed and fears that some companies will be making the difficult decision to close their doors because of this pandemic.

Ryan Hutton, business development for Highline Electrical, says that companies need to be diverse right now and look into projects that may be outside their normal scope of work. He mentions that a lot of bigger projects have slowed down or been cancelled, but there is a lot of smaller, private-type work available, so contractors should look into bidding on those smaller projects.

Highline Electrical has been around for 42 years and they specialize in street lights and traffic signals in Alberta and Saskatchewan. They also have a commercial division that works with schools and hospitals. Since the COVID-19 pandemic started, Hutton says that their team has been running quite lean and the workers that haven’t been laid off are wearing multiple hats and doing various jobs within the organization. One of their biggest clients is the City of Edmonton, for which they have a maintenance contract for the city’s streetlights.

“We have seen our call volume decrease a bit and I think that’s partly due to the fact that the maintenance program works off of people reporting outages to the city. So, citizens use the 311 app and now that there is a lot less volume of people out commuting, it’s a lot lighter now. People probably don’t notice some of the deficiencies that might be arising,” says Hutton, adding that they have also had to adapt their policies for safe work practices around COVID-19 and making sure that their staff and clients remain healthy and safe at work. “That’s kind of changed how we operate a little bit, trying to adapt our policies, reduce the number of people on crews and on crew trucks, and trying to maintain social distancing.”

Changing safety policies and regulations around COVID-19 seems to be a reoccurring trend that Hutton has been seeing lately. He says that he has seen countless emails from general contractors and other subtrades about their policies and what they want to do. In terms of projects, he adds that the private sector has been doing quite well since their projects aren’t tied to government funding.

Since Highline Electrical works with the city, Hutton says that although their work has slowed down a little bit, he doesn’t foresee the company going out of business and that businesses need to find ways to think outside the box to continue to thrive.

“Honestly, I think we will come out of this fairly strong,” says Hutton. “Because we have been around for so long and we have never seen anything like COVID, but have seen quite a few downturns and other factors affecting the economy, our senior leaders have always had to find ways to be creative and maintain a strong company. We are bidding on lots of work and will be fairly busy for the remainder of the year.”