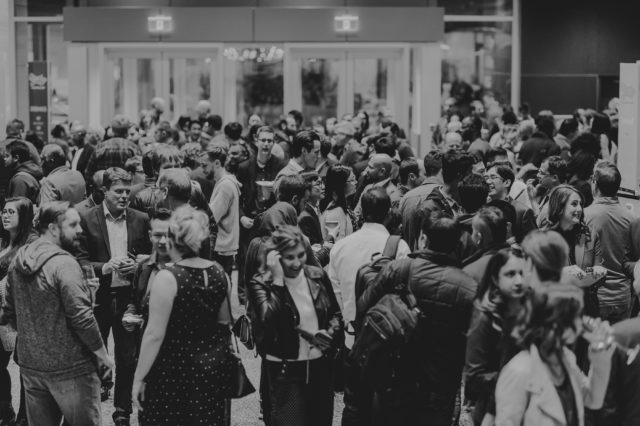 As Edmonton Startup Week’s flagship event, Launch Party gives you the opportunity to meet our city’s brightest entrepreneurs, try their products, and celebrate everything that our startup community has to offer, and this year, the event is going to be even bigger and better to celebrate its 10th edition.

“My ultimate favourite event of anything that we do is Launch Party,” says Startup Edmonton CEO Tiffany Linke-Boyko. “I like it because it’s about the community and what amazing founders are building and doing. Celebrating our 10th anniversary is a special milestone for Startup Edmonton and the community. It’s a chance to reflect on how far we have come and how many incredible companies and teams we have congratulated over the years.”

Launch Party offers a chance to meet some of Edmonton’s brightest entrepreneurs, to try their products and learn how their ideas could change the world.

But Launch Party isn’t your typical networking event or trade show; a decade ago, Edmonton’s startup scene was beginning to pick up steam, but there were few venues for the growing community of companies to come together, celebrate and collaborate.

Startup Edmonton, then just a small group committed to pulling the community together, embarked on creating Launch Party, not just a celebration of the companies involved, but as a statement to the city and the world that Edmonton was a place that technology companies could thrive. That was 10 years ago, and just like how the Edmonton tech community has gotten bigger, so too has launch party.

Since 2010, more than 85 technology companies have launched products at the event, including rapidly growing teams like Zept, Jobber, Drivewyze, Poppy Barley, and Showbie.

Hosting a large and diverse crowd, the first Launch Party hosted 250 people for a showcase of then up-and-coming tech companies including Yardstick and Beamdog. Offering a laid-back atmosphere and elevator pitches from all of the companies involved, the night was deemed a huge success for the presenters and the budding tech community.

As the years passed, Launch Party returned year after year, growing each time along with Edmonton’s vibrant, and collaborative tech scene.

This year, another 10 companies will be highlighted at launch party. Drinks, DJs, and great companies all await you at Launch Party!

“The founders we have in our community work hard, and any chance that we get to celebrate them and help bring more awareness excites me,” Linke-Boyko says. “I can’t wait to introduce even more Edmontonians to the startup community at this year’s event.”

Launch Party is just one of more than 50 events planned for Edmonton Startup Week. In partnership with Techstars, the community comes together for workshops, networking events, socials and more – all anchored in technology and entrepreneurship.

Some highlights of past launch parties include: