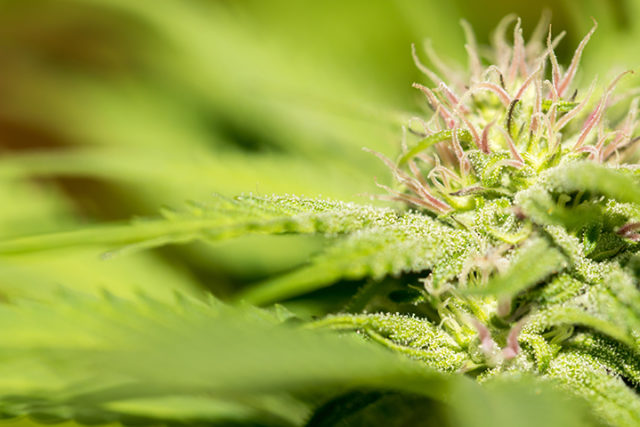 There is, perhaps, no better sign that recreational cannabis legalization was a good idea more than the fact that October 17 came and went with barely a blip. Besides one particularly entrepreneurial Girl Guide who sold cookies to a long line of people waiting outside an Edmonton dispensary, the day was almost eerily like any other. Nothing collapsed. Nothing euphoric. Just some stores selling plants.

Little changed in the world of everyday business operations. Despite companies worrying that things would change, there was very little difference between the Tuesday and the Wednesday.

“There hasn’t been a lot of change that’s come up on our radar,” says O’Ryan Hughes, managing partner at Stoppler Hughes. “There was a lot of fear and unknown for what this means in terms of recreational legalization, but it’s already been dealt with in terms of alcohol. It’s very similar.”

The lack of change was especially true for industries with safety-sensitive positions, where the policies that existed previously still apply. “It’s funny. Most people thought that things were going to change dramatically on that day, but nothing really did,” says Greg Hussey, president of impactHR. “You’re still not allowed to be intoxicated on the job. That didn’t change, and it won’t change in the future.”

In fact, for many companies, cannabis legalization changed absolutely nothing. Companies like CN still have a zero tolerance policy in place for their workers. Anyone tested for drugs after an incident is still not allowed the presence of any cannabis in their system. If cannabis is present, termination is still possible and often very likely. CN isn’t the only one with such a strict policy, either. Police departments across the country have implemented similar zero tolerance policies or have policies in place that officers are not allowed to use cannabis up to 48 hours before their shift starts.

Consequently, many businesses haven’t updated their policies because previous rules still apply. In fact, slight tweaks may be all that is needed for companies that have policies and procedures in place. “How an employer would have managed an employee impaired from the effects of alcohol is largely the same as how an employer would manage impairment from cannabis,” says Dena Gillies, partner at Omni Management Consulting Alliance. “Many existing employment policies and procedures can be applied with some adjustments.”

That said, there are still a few things companies should know about when it comes to the new world of legal cannabis, especially in the realm of human resources. Changes in cultural attitudes towards cannabis and its use mean that companies must think about their policies and procedures, and put them in place if they haven’t had anything previously. “This is perhaps the most major change from legalization,” says Hussey. “That workplaces that have traditionally not enforced or had policies will want to put something in place to protect themselves and their workers. What happens if someone comes back from lunch and there’s an incident? There has to be something in place.”

This is also true for industries and workplaces that are not generally considered safety-sensitive: office jobs and other work that doesn’t involve operating heavy machinery or hazardous work environments. For a long time, these workplaces generally had looser rules about intoxication at the workplace. After all, a client lunch may involve a drink or two; but, what does this look like for a toke or two?

“Many companies are thinking about and reconsidering their intoxication policies now that cannabis is legal,” says Hughes. “It’s strange since they haven’t felt a need until now, but it’s always a good idea to have a policy in place in regards to intoxication at work, whether that’s alcohol, cannabis or something else.”

Looking to the future, employers may have to institute strict policies not just for how people act in the workplace, but how they travel as well. Response to legalization in the United States has been mixed and, with such inconsistent messaging, Hughes errs on the side of caution for the foreseeable future. “I haven’t heard of anyone being denied entry because of using recreational cannabis as of yet, but if someone is a user or invested in it or employed in a company and they were required to travel for work, that could cause some difficulties. There’s still quite a bit of unknown in terms of cross-border issues.”

Hughes is quick to remind any employer that intoxication at work can be closely related to addiction issues, which must be handled differently. Addiction should be treated as a mental health issue, which means a path to recovery must be put in place to let the person heal and return to work.

“Cannabis addiction is a mental health issue and must be treated as such,” Hughes says. “If a company fires an employee and they come back with proof that they have an addiction, the company could face some legal trouble.”

If worries of intoxication are increasing at workplaces across the country, then worries of testing methods are increasing as well. Currently, tests for the presence of cannabis in a person’s system do not directly correlate to whether or not they are high, meaning employers could have trouble terminating or disciplining an employee. An employee can claim that they used a perfectly legal product on Saturday evening and was fit to work on Monday morning.

“Conclusively determining impairment due to cannabis will be a challenge as testing methods are not as exacting as other substance use,” says Gillies. “I further expect it will be a challenge to effectively determine the root cause of an employee’s cannabis use, recognizing that a determination is necessary to effectively manage the situation. How an employer addresses medicinal use versus recreational use versus a substance addiction are very different.”

No matter the root cause, whether it’s medicinal, recreational or related to addiction, HR experts recommend businesses update their policies so there are fewer surprises on the road ahead. “Update employment policies and ensure employees are educated on these policies,” Gillies recommends, “and know that it is acceptable to ask for medical evidence should an employee advise that their use is for medicinal purposes.”

In many ways, cannabis legalization passed much of Edmonton by. Besides dispensaries operating with a bit less worry of police raids, the major impacts on workplace safety have long been in place. That said, the testing of intoxication for cannabis may complicate discipline and termination procedures for businesses, which is why HR professionals are recommending that companies update their policies. They may have to set some ground rules for next year’s Christmas party as well.