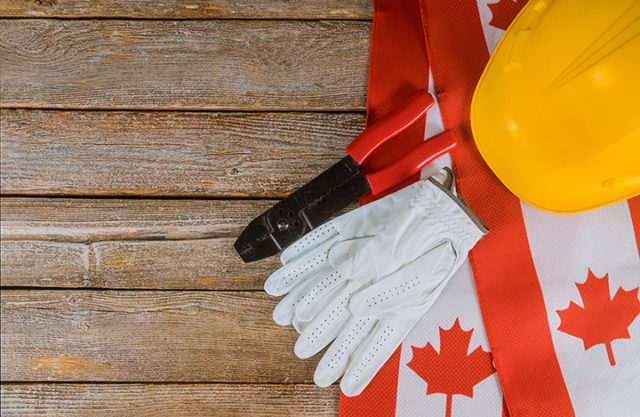 Despite an unemployment rate that’s among the highest in Canada, Alberta continues to face acute labour shortages in sectors cited as vital to diversifying the economy, say experts.

“We still have relatively high unemployment particularly in Calgary and Edmonton in relation to other cities within Canada. And it’s stubbornly slow to go down,” says Alberta labour and immigration minister Jason Copping.

“However, in other sectors of the economy and other geographies, we have a shortage. Some prime examples of that include the tech sector in Calgary, heavy-duty mechanics in places such as Grande Prairie and health-care professionals in rural Alberta.”

Provincial government forecasts still call for Alberta’s labour market to grow by more than 1.3 million job openings over the next decade. The openings are expected to be created from both expansion demand due to economic growth and replacement demand resulting from several labour force separations.

While much of this growth is expected in tech across all sectors, the government anticipates shortages specifically in finance, nursing, education, specific trades and engineering occupations related to construction and the oil and gas industry.

In a dual attempt to address high unemployment levels and labour shortages, the province has embarked on several different initiatives to jump-start the economy. In late June, the Jason Kenney-led provincial government responded by announcing $10 billion in spending on projects to immediately create jobs after an estimated 361,000 losses were recorded from February to April.

Additional measures included speeding up the implementation of corporate tax cuts, which the province claims will create an additional 55,000 jobs by 2022.

Separately, the province has also unveiled initiatives aimed at retraining out-of-work Albertans and providing them with “micro-credentials” for careers in growing sectors, says Copping.

One of those is an initiative to create 2,000 new direct jobs in emerging agriculture sectors such as canola crushing, cannabis, food and beverage processing, and agriculture technology.

The province is also creating a central agency that will focus on bringing investments to the province, and supporting small business with an investment and growth strategy that will bring both human and financial capital to Alberta.

“The purpose is to better align Alberta’s economic immigration policy to geographies and occupations where we have shortages, and speeding that process up,” he says. “In the tech industry, for example, they’re looking for individuals who have 10 to 15 years of experience. You can’t train them up or cross-train them quickly enough. So, we’ll use immigration as a way to do that.”

Specifically, he points to efforts the province will make in better attracting more U.S.-based grads to the province, as well as reducing barriers in transferring credentials from one province to another.

The newly-formed Business Council of Alberta recently identified labour gaps as a top concern moving forward. The council, which consists of CEO members from industries across the province, formed a task force to provide recommendations to businesses, post-secondaries and government on the future of skills and training.

“We wanted to identify ways to create a more adaptable, resilient and thriving labour force in Alberta that both meets businesses’ needs and also helps workers in the province take advantage of the opportunities that are around,” says Mike Holden, vice president of policy and chief economist with the council.

“While the rapid pace of technological change is not unique to Alberta or even Canada’s labour force, it’s compounded in Alberta given the fact that the economy hasn’t been doing particularly well over the last few years, and our main industries are in areas that many people don’t see as having a future.

“There’s a sense that if you’re trying to attract the best and the brightest to the province and they see Alberta as a place that is resistant to change, they might not see it as a thriving place to come and start a life.”

The recommendations that have come out of the task force will be officially released later this spring, but Holden teased they would focus on restoring Alberta’s reputation, enhancing a culture of lifelong learning and expanding work-integrated learning programs in the province.

“We also talked a lot about the need in the tech and innovation space to diversify the economy, not just to create it as an industry,” says Holden. “It has a lot of horizontal applications across all industries in the province. If you’re looking at creating a more competitive and advanced plant-based protein industry in Alberta, for example, that requires the application of digital skills.”

A group of local technology companies has also started to address shortages on their own by creating the Tech West Collective with the goal to attract tech talent to the city.

The collective hosted an estimated 1,000 people at its first sold-out event last fall, with plans to run multiple events this year focused on different needs – for example, data sciences, engineering or project management.

“Alberta is competing with nearly every jurisdiction in the world for the smart capital and esoteric talent that are required to enable and support business innovation via technology,” says Bryan de Lottinville, founder and CEO of Benevity, a Calgary-based employment engagement software company and a founding member of the collective. “Tech West Collective formed to help make Alberta an internationally-recognized tech powerhouse by developing our people, supporting our tech companies and uniting our ecosystem.”

David Owen Cord, co-CEO of Avanti Software and a fellow founding member of the collective, echoes de Lottinville. He notes the talent shortage continues to hit close to home for his company, which tailors people-management platforms for companies looking to manage payroll, recruiting and workplace management systems.

“The difficulty in filling roles definitely varies by the position type. But overall, we still struggle to hire talent with the appropriate experience and skill set as quickly as we need,” he says, pointing to Calgary Economic Development statistics that show 2,000 unfilled tech positions in the city. “Generally, finding software developers with significant experience is the toughest to fill.”

De Lottinville adds that because there’s only so much qualified talent to go around, it creates a vicious circle of ongoing demand between companies in the tech community.

“One of our challenges is that Benevity and other large tech companies in our province … all need people with similar skill sets. So, we end up poaching people from each other, which is essentially robbing Peter to pay Paul,” says de Lottinville. “As others are scaling, they’re also looking to us as sources of recruitment for their needs, which is OK, but perpetuates the issue. If we are to build a thriving tech ecosystem, we need companies at every level.”

Labour gaps have started to extend into fields such as engineering and geosciences. Employment-related search engine Indeed noted in a report late last year that specialized engineering roles remain the hardest positions to fill in Western Canada.

Philipa Hardy, manager of career services at the Association of Professional Engineers and Geoscientists of Alberta (APEGA), notes junior-level positions in the profession continue to fill quickly given the abundance of new graduates and internationally-trained applications. The challenge lies with more senior-level positions.

“The intermediate-level positions appear to be more difficult to fill currently,” she says. “Finding the skill and experience needed for this level of work (technical nature) of various engineering and geoscience can be difficult to fill.

“Also, there appears to be more work for intermediate engineers outside of Alberta, and it can be difficult to attract workers here when other options exist for them in easier climates and in business hubs where there is more perceived opportunity for career advancement.”

Rod Miller, president and CEO of CPHR Alberta, says his organization’s nearly 6,000 members in Alberta, Northwest Territories and Nunavut are seeing the labour market’s evolution play out on the front lines.

“The skills of yesterday are no longer the skills of tomorrow,” he says. “That doesn’t mean there isn’t opportunity. The challenge facing Calgary is in mobilizing this group to support organizations that are growing because of digital transformation.”

While part of that involves reskilling the current labour force, Miller also points to raising the city’s profile when looking to compete globally for talent.